Algona: As many as 10,000 German prisoners of war were held here at Camp Algona during World War II. Today the Camp Algona POW Museum tells the story of the men who were held there and the camp’s impact on the community.

Anamosa: The National Motorcycle Museum displays nearly 200 motorcycles dating back to 1900. Steve McQueen’s favorite 1956 Harley Davidson is here, along with Evil Knievel’s Harley, and the chopper ridden by Peter Fonda in Easy Rider. 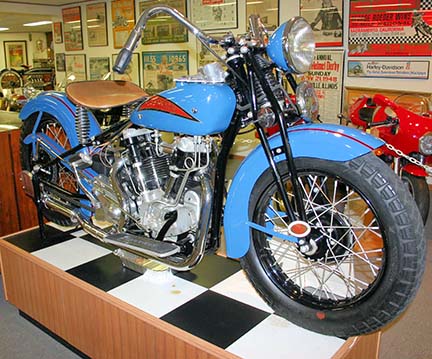 Arnolds Park: The Iowa Rock n’ Roll Museum exhibits instruments and costumes of musicians who played in Iowa or were born in Iowa, as well as a vintage jukebox and other music memorabilia.

Boone: The Mamie Doud Eisenhower Birthplace in Boone has been restored to its original condition when the nation’s former First Lady was born here in 1896 and is open for tours. 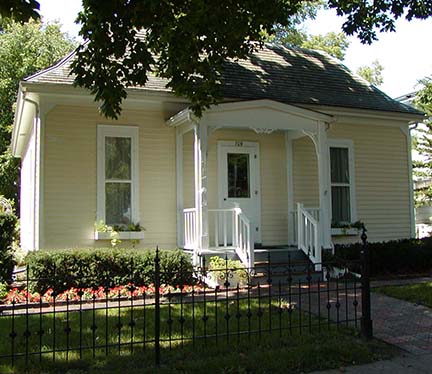 Britt: Don’t call them bums, they’re hobos, and every August, hobos from around the country come here for the National Hobo Convention. Hobo history is remembered at the Hobo Museum here. 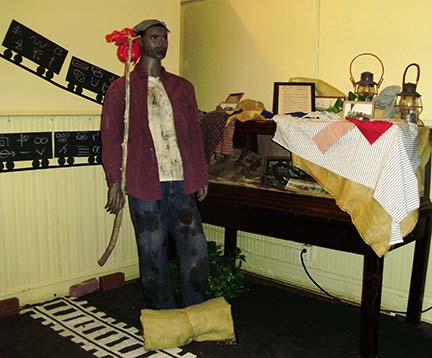 Cedar Falls: You can see the equipment used to cut ice for cooling food in the days before modern refrigeration at the Ice House Museum here.

Cedar Rapids: Visitors can tour the studio where artist Grant Woods (American Gothic) worked and learn about the artist’s contribution to the American art scene at the Grant Woods Studio and Visitor Center.

Council Bluffs: Once considered the most modern design in prison construction, the unique Squirrel Cage Jail with its pie shaped cells and revolving openings, is now a museum. 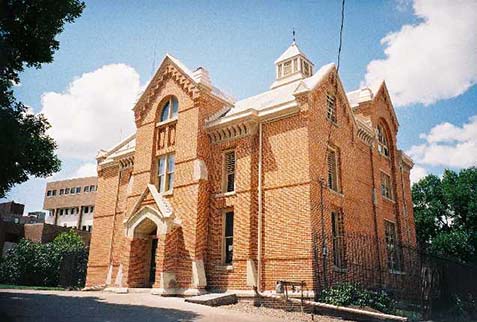 Council Bluffs: The restored 1899 Rock Island Depot is home to the RailsWest Railroad Museum and HO Model Display, which includes a collection of railroad artifacts and an operating model railroad that depicts a world where passenger and freight trains are still kings. Visitors can tour actual locomotives and sleeping cars and see a full-scale model of Thomas the Tank Engine in action.

Dubuque: The Fenelon Place Elevator is described as the world’s shortest, steepest scenic railway at 296 feet in length, elevating passengers 189 feet from Fourth Street to Fenelon Place, where visitors get a magnificent view of the historic Dubuque business district, the Mississippi River, and three states.

Dyersville: A farmer’s cornfield a few miles from town was the location for the movie Field of Dreams.

Dyersville: You can see over 30,000 rare and antique farm toys at the National Farm Toy Museum here. 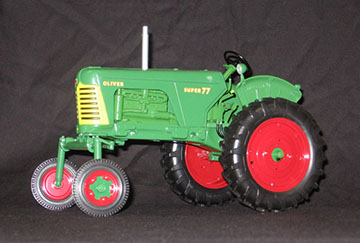 Dyersville: Over 1,000 antique and vintage dolls are displayed at the Dyer-Botsford Doll Museum.

Haverhill: The Edel Blacksmith Shop here dates back to the early 1880s and displays original tools and equipment from the days when horsepower actually came from horses.

Indianola: More than two centuries of hot air ballooning are remembered with displays and artifacts at the National Balloon Museum here. Every year more than a hundred hot air balloon pilots come to Indianola to fill the sky with their colorful aircraft in balloon rallies. 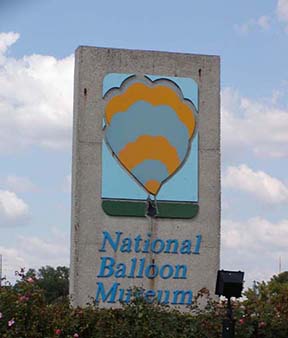 Kalona: At the Kalona Historical Village visitors can tour several cabins and farmhouses, old stores, a church, and a collection of interesting museums.

Knoxville: Knoxville is the Sprint Car Racing Capital of the World, and the National Sprint Car Hall of Fame and Museum displays these miniature speedsters and honors the people who drive them.

Marquette: At Effigy Mounds National Monument visitors can walk over ten miles of interpretive trails through the 1,474 acre park, which holds over 190 earthen mounds built by prehistoric Indians 2,500 years ago.

Mason City: Mason City was the model for the fictional town of River City in the musical The Music Man. The show’s composer, Meredith Willson, was born here in 1902 and the Meredith Willson Boyhood Home is now a museum displaying family mementos and photographs.

Muscatine: At one time this was the button making center of the world, and at the Pearl Button Museum visitors can learn about the history of the button industry and how they were made.

Ottumwa: The Air Power Museum here displays antique and vintage aircraft dating back to the 1920s.

Prairie City: At the Neal Smith National Wildlife Refuge and Prairie Learning Center you can see the largest reconstruction of the tallgrass prairie ecosystem in the country, along with grazing herds of buffalo, pheasants, badgers, elk, and whitetail deer, along with more than 200 types of native prairie flowers and grasses

Sioux City: A nice collection of interesting vintage and rare aircraft are displayed at the Mid America Air Museum here.

Spillville: The Bily Clocks Museum houses an outstanding collection of wooden clocks carved by brothers Frank and Joseph Bily as a hobby from their full time farming duties. In 1915 and 1916, they built the Apostle Clock, from which the Twelve Apostles appear on the hour.

State Center: Watson’s Grocery served the community for decades, and when it closed in 1981, the local folks purchased the building and opened the store as a museum, just as it was back in the 1940s, complete with its original equipment, maple floors, oak counter and tin ceiling.

Storm Lake: At the Living Heritage Tree Museum, each tree has a story to tell. This unique outdoor attraction is dedicated to planting the documented offspring of trees associated with famous people or events in history. Visitors can see the Joan of Arc Willow, a tree descended from a willow at Joan of Arc’s birthplace or see one of the descendants of the original trees planted by Johnny Appleseed.

Story City: If you have a hankering for a nostalgic ride, stop and take a spin on the restored Story City Carousel here, which was originally built in 1913.

Urbandale: Living History Farms tells the story of how Iowans transformed the fertile prairies of the Midwest into the most productive farmland in the world. While at the 550-acre open-air museum, visitors can travel at their own pace through five historical time periods spanning 300 years. On-site interpreters provide a unique learning environment of seasonal activities and demonstrations.

Van Meter: Baseball fans will enjoy a visit to the Bob Feller Museum, dedicated to Van Meter’s native son, who set Major League records while a pitcher for the Cleveland Indians from 1936 to 1956, and is a member of the Baseball Hall of Fame.

Winterset: John Wayne was born in Winterset, the county seat of Madison County, famous for its bridges. The family home, located at 216 South Second Street, is now a museum to the Duke. 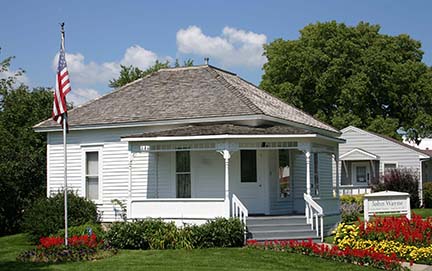 Have you entered our latest Free Drawing yet? This week’s prize is an audiobook of Crazy Days in Big Lake, the third book in my Big Lake mystery series. To enter, all you have to do is click on this Free Drawing link or the tab at the top of this page and enter your name in the comments section at the bottom of that page (not this one). Only one entry per person per drawing please, and you must enter with your real name. To prevent spam or multiple entries, the names of cartoon or movie characters are not allowed. The winner will be drawn Sunday evening. 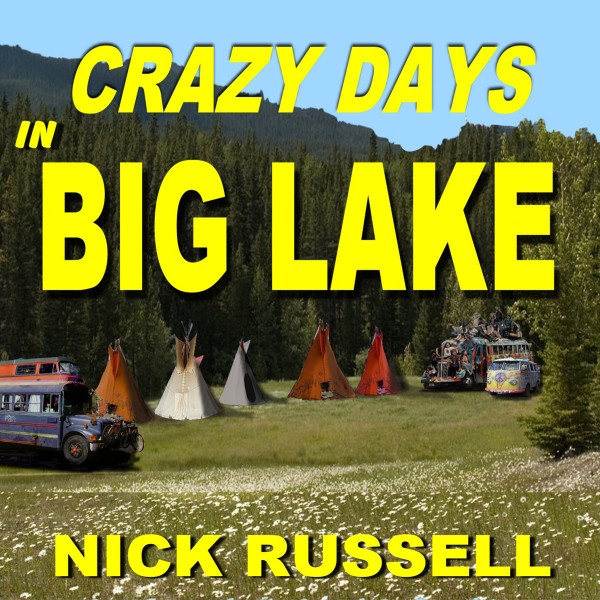 Thought For The Day – A promise made is a debt unpaid – Robert W. Service