Auburn: The Auburn Cord Duesenberg Museum displays more than 100 antique vehicles, from the horseless carriages of the 1890s to muscle sports cars. The museum occupies two floors of the beautiful 1930 art deco factory headquarters of the Auburn Automobile Company.

Carmel: You may have to squint to make out all of the tiny furnishings and household items at the fascinating Museum of Miniature Houses, where you will see everything from miniscule cookware to Lilliputian sized house pets.

Chesterfield: Camp Chesterfield here is a major center for spiritualists and visitors are welcome to take part in séances and readings.

Corydon: You can venture underground with a guided tour at Squire Boone Caverns for a fascinating view of the world underneath our feet. The caverns are named for the brother of pioneer explorer Daniel Boone, who lived here and is buried in the caverns.

Dana: World War II combat correspondent Ernie Pyle was born near here in 1900, and the old family home is now a museum. 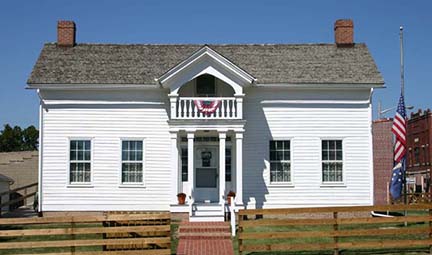 Elkhart: At the RV Hall of Fame Museum, visitors can see displays of vintage RVs that trace the evolution of recreational vehicles from the earliest tent campers to modern motor coaches. 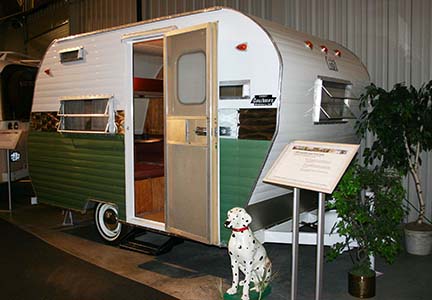 Elkhart: The National New York Central Railroad Museum recaptures the days when locomotives were symbols of progress and ambassadors of goodwill across the country. Displays include vintage locomotives, passenger cars, and boxcars.

Hesston: Before heavy equipment was gasoline and diesel powered, steam propulsion made things work. The Hesston Steam Museum displays a huge collection of steam-powered equipment ranging from saws and locomotives to boats and cranes. You can even ride on a steam train here!

Indianapolis: Some of the fastest race cars ever built, and the men and women who drive them, are showcased at the Indianapolis Motor Speedway Hall of Fame Museum.

Jeffersonville: The Golden Age of Steamboats is remembered with paintings, models, and exhibits at the Howard Steamboat Museum, housed in a beautiful 1894 home built by the Howard family, who were prominent steamboat builders. 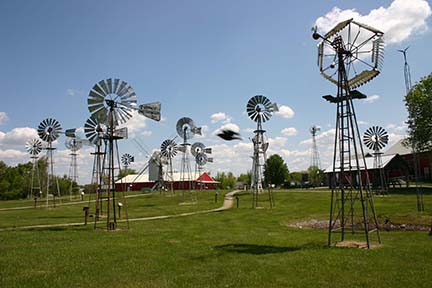 Kokomo: The Kokomo Automotive Museum displays over 100 antique cars, including several Haynes automobiles, which were built in Kokomo.

Marion: The Quilters Hall of Fame here showcases the work of some of the country’s finest quilters.

Metamora: Whitewater Canal State Historic Site operates a horse-drawn canal boat and the historic Metamora Grist Mill. Visitors can step back in time while taking a leisurely 25-minute cruise on the Ben Franklin III. Along the route they pass the Duck Creek Aqueduct, a covered bridge that carries the canal 16 feet over Duck Creek. It is believed to be the only structure of its kind in the nation. 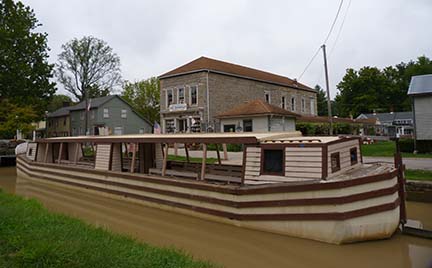 Noblesville: The Indiana Transportation Museum displays just about anything that moves people or cargo, from antique wagons and automobiles to trolley cars and more.

Peru: The Grissom Air Museum has a fine display of vintage military aircraft, including a B-17, B-25 and C-47.

Peru: For years traveling circuses spent their winters in Peru and the city is home to two separate circus museums and an annual Circus Festival.

Peru: Exhibits at the excellent Miami County Museum include composer Cole Porter’s 1955 Cadillac, a collection of wagons and buggies, circus memorabilia, and a re-creation of an early-day Main Street.

Shipshewana: The history of the Amish and Mennonite people is told at the Menno-Hof Mennonite /Amish Visitor Center.

South Bend: Hometown boy made good Clement Studebaker’s career is remembered here at the Studebaker National Museum which displays covered wagons and automobiles made by Studebaker, including the carriage President Abraham Lincoln rode in to Ford’s Theater the night he was assassinated. 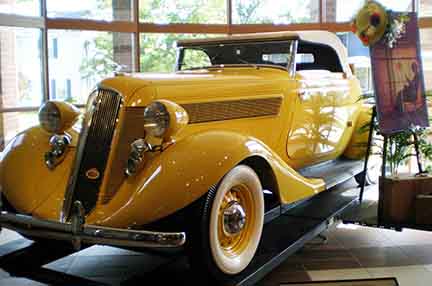 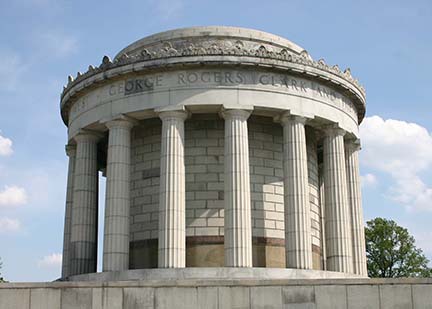 Vincennes: The Indiana Military Museum displays a large collection of military vehicles and artifacts dating from the Civil War to the present day.

Vincennes: Grouseland, the estate of President William Henry Harrison, the nation’s 9th President, is open to tours. Thought For The Day – The large print giveth, and the small print taketh away.