We love exploring America’s back roads and small towns and finding overlooked gems that the tourist brochures never cover. In a series of weekly blog posts we will be sharing some of America’s lesser-known small town museums, historic sites, and oddball attractions, on a state-by-state basis. We don’t have room to cover each and every attraction in every state, but hope to give you some ideas for places to see your travels.

Alachua: Mill Creek Farm, known as the Retirement Home for Horses, operates on 245 rolling acres just off Interstate 75. Here, working horses deemed too old to remain in service, as well as injured and abused horses, find a sanctuary where they can live out their lives in comfort.

Boca Raton: At the Sports Immortals Museum you can see artifacts from the world’s greatest athletes and sports figures.

Bushnell: In December, 1835, Seminole Indians ambushed a column of U.S troops and massacred over 100. Today the site of the attack is Dade Battlefield State Historic Park, with exhibits and a self-guided tour of the battlefield.

Christmas: Fort Christmas Historical Park includes a re-creation of the Seminole Indian War fort, along with seven restored Cracker homes that show pioneer life from the 1870s through the 1930s. 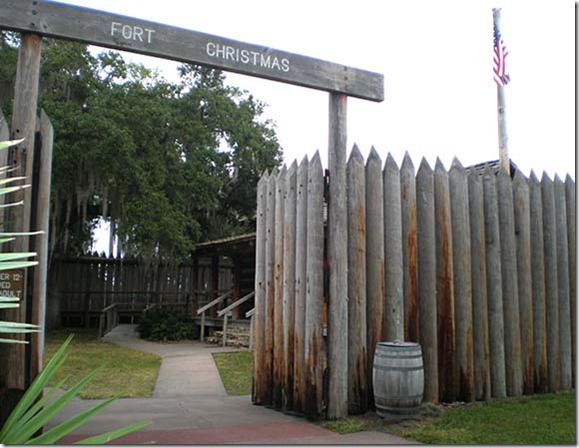 Clewiston: The Ah-Tah-Thi-Ki Museum is one of the finest American Indian museums in the United States, featuring the nation’s largest display of the life and culture of Florida Seminoles through exhibits, rare artifacts and cultural displays. The museum includes an authentic Native American village with Seminole tribal members preparing traditional arts and crafts.

Fort Walton Beach: The Air Force Armament Museum at Eglin Air Force Base will thrill you with displays of vintage war birds and weapons dating back to World War II.

Hawthorne: The Marjorie Kinnan Rawlings Historic State Park preserves the farm where the author of such Florida classics as The Yearling and Cross Creek lived and worked. 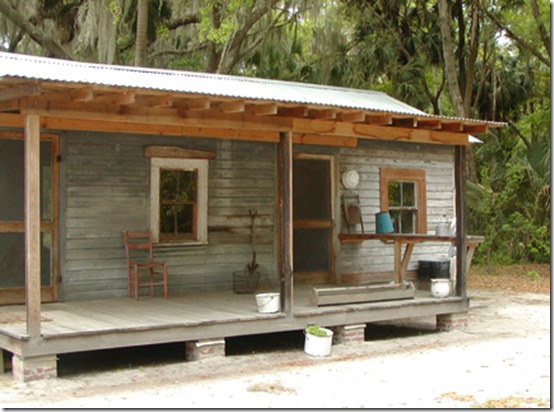 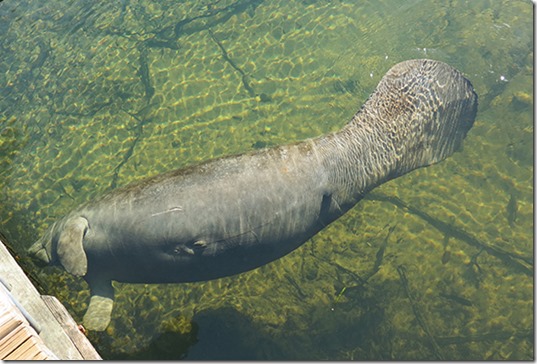 Jacksonville: Fort Caroline was first established by the French in 1562. Three nations held the fort over the years, and it was the site of massacres, cannibalism induced by starvation, and diseases that wiped out the garrisons stationed here. Today the old fort is administered by the National Park Service. 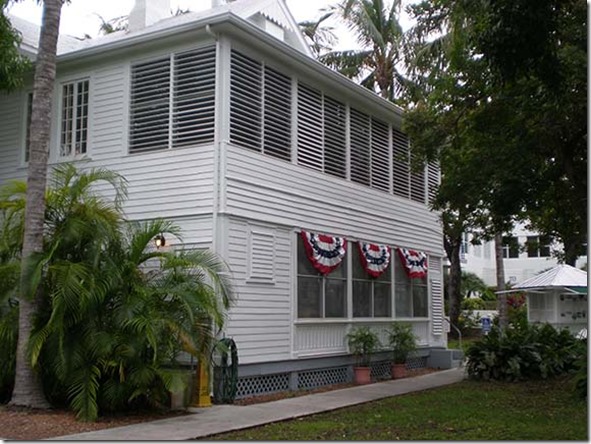 Key West: The Key West Lighthouse and Keeper’s Quarters Museum gives visitors the opportunity to tour the historic lighthouse, built in 1847, as well as the home where the light keeper and his family lived while stationed here.

Lake Helen: Since 1895, spiritualists have lived and worked at the Cassadaga Spiritualist Camp, where visitors can attend séances, have their palms read, their fortunes told, and contact their departed loved ones.

Largo: Heritage Village is a 21-acre, open-air historical village and museum that is home to some of Pinellas County’s most historic buildings. There are 28 structures, some dating back to the mid-to late-19th century. The Village includes a school, church, railroad depot, and store, as well as a variety of historic homes. Heritage Village is also the site of the Daniel McMullen Home for the Fiber Arts. Weaving, quilting, and other crafts are demonstrated as part of its "hands-on" approach to history.

Maitland: The Audubon Center for Birds of Prey is an environmental nature center that specializes in the rescue, medical care, rehabilitation, and release of sick, injured and orphaned raptors (birds of prey). Visitors can tour the facility and learn about their work and the birds they care for.

Marathon: At the Turtle Hospital you can see injured sea turtles being rehabilitated and learn about a variety of species of turtles. 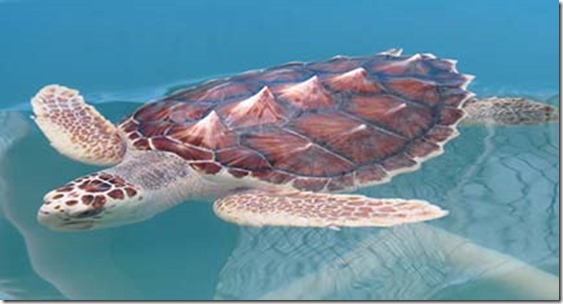 Marathon: Visitors get to know dolphins up close and personal at the Dolphin Research Center. 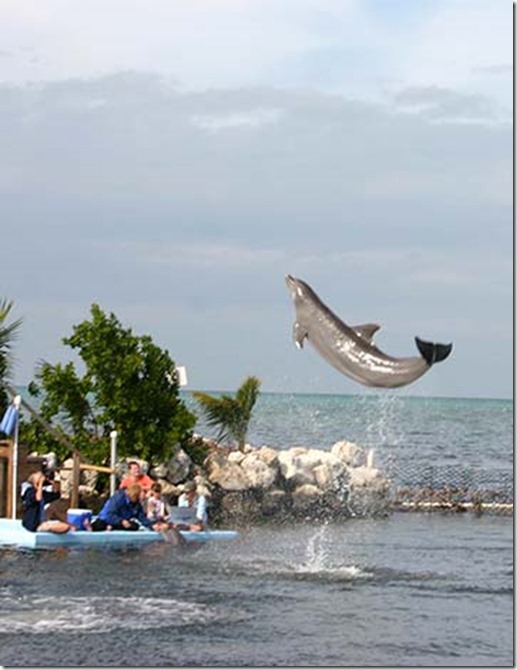 Miami: At the Gold Coast Railroad Museum, visitors can take a 20 minute train ride and visit the Ferdinand Magellan, the private rail car of Presidents Roosevelt, Truman, Eisenhower, and Reagan.

Ocala: For speed freaks, the Don Garlits Museum of Drag Racing is a must see, with a large collection of race cars, including many record winners and displays on the sport of drag racing. 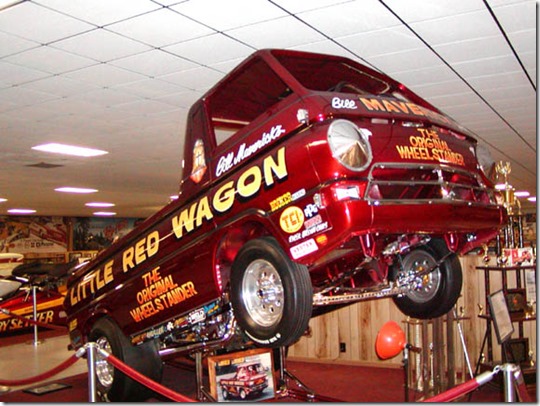 Ona: Artist Howard Solomon built his very own castle here, featuring a moat and 80 stained glass windows, all from recycled materials. The walls are covered with used newspaper printing plates, and visitors can chuckle their way through a tour of the 12,000 square foot castle while tour guide Solomon cracks corny jokes and tells tall tales. 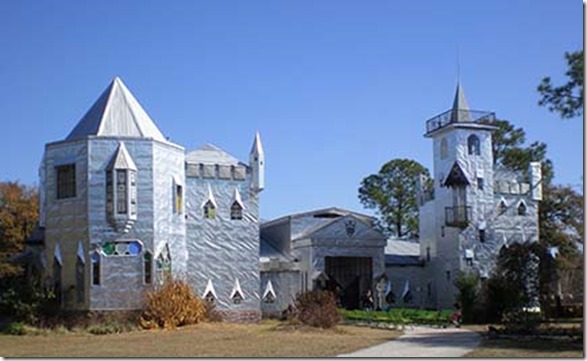 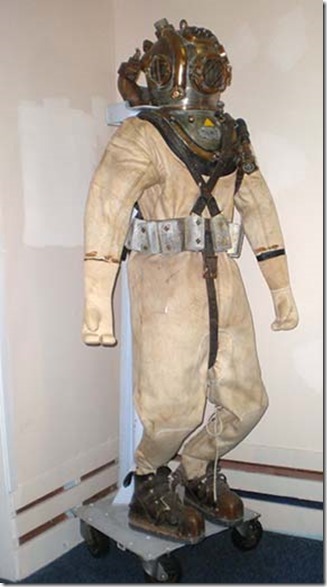 Pensacola: Fort Barrancas, on the Pensacola Naval Air Station, has been a fortress since 1763. Three nations have established strongholds here to take advantage of this strategic location on Pensacola Bay. Administered by the National Park Service, the old fort is open to tours.

Pensacola: The National Museum of Naval Aviation at Pensacola Naval Air Station has hundreds of military aircraft on display, including a flight of four Blue Angels hanging from the museum’s atrium.

Sanibel: You can see seashells from around the world at the Bailey-Matthews Shell Museum here. Sanibel Island has some of the best beaches to find shells in the world.

Sarasota: If you love the Big Top, be sure to visit the Ringling Circus Museum in Sarasota.

Sarasota: The Sarasota Classic Car Museum displays over 100 antique and classic automobiles spanning over a century of automotive manufacturing and history.

Saint Augustine: The nation’s oldest surviving fortress, Castillo de San Marcos, dates back to 1672 and is now a National Monument.

Starke: Camp Blanding Museum is housed in a World War II barracks and tells the story of the men who trained here for duty overseas.

Tallahassee: The Tallahassee Antique Car Museum displays a collection of antique and rare automobiles dating back to 1901.

Tavernier: The Florida Keys Wild Bird Center provides emergency and recuperative care for injured birds. Visitors can tour the facility, see the birds, and watch the staff care for them and learn how people can help protect wildlife. 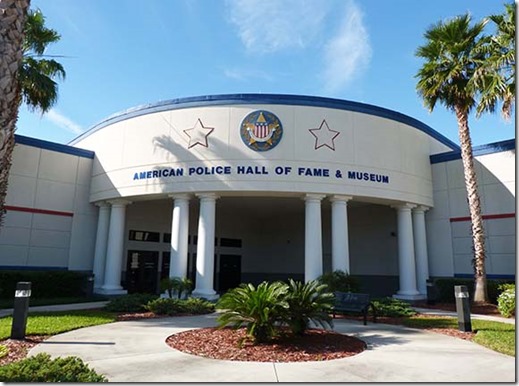 White Springs: The Stephen Foster State Folk Culture Center includes a museum dedicated to the works of the composer of such familiar tunes as Old Folks At Home (Suwannee River), Beautiful Dreamer, Camptown Races, Jeanie With The Light Brown Hair, My Old Kentucky Home, and Oh Susanna. The centerpiece of the Center is the Stephen Foster Memorial Carillon, a handsome 200 foot high campanile housing 97 tubular bells that play Foster tunes throughout the day.

Have you entered this week’s Free Drawing yet? This week’s prize is an audiobook of my pal Jason Deas’ Birdsongs, the first book in his excellent Benny James mystery series. To enter, all you have to do is click on this Free Drawing link or the tab at the top of this page and enter your name in the comments section at the bottom of that page (not this one). Only one entry per person per drawing please, and you must enter with your real name. To prevent spam or multiple entries, the names of cartoon or movie characters are not allowed. The winner will be drawn Sunday evening. 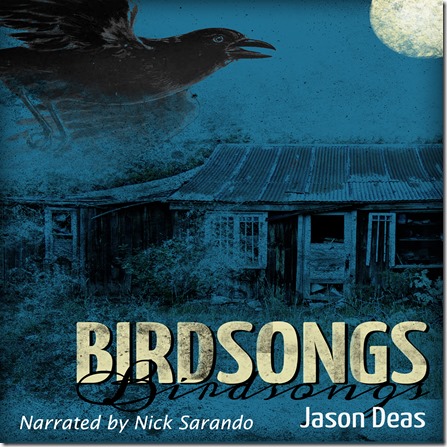 Thought For The Day – Everything in moderation. Including moderation.