JC and Beverly Webber were no strangers to the RV lifestyle when they made the decision to become fulltimers. They enjoyed taking vacations in their 33 foot gas powered motorhome and one day JC came home and asked Bev what she thought about hitting the road fulltime. He said her eyes got as big as saucers and she said that would be great! But she wanted a bigger fulltimer rig, so they upgraded to a diesel pusher. JC said he would have been happy enough in the gas rig, but Bev was right, he’s even happier in the diesel rig. That was 7½ years ago and they have never looked back. 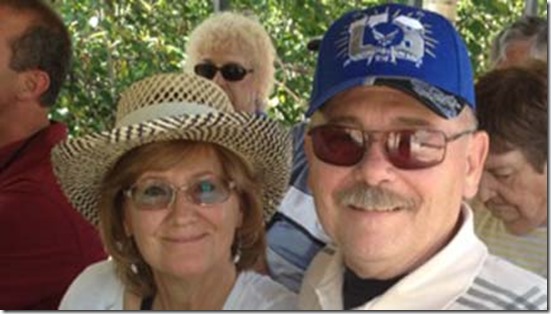 Before they made the switch to the fulltime lifestyle, JC, who was an Apple Computers Unix system administrator and Bev, who worked for Hewlett-Packard for 18 years as an Information Systems Manager, lived in Campbell, California. But they said they had lived several places and never considered it “home.” 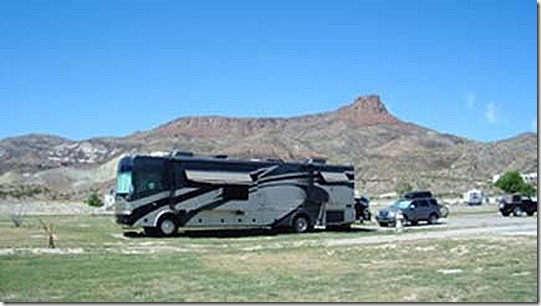 When asked what they like best about fulltiming, they said it was seeing this beautiful continent. Some of their favorite places have been the Black Hills of South Dakota, Moab, Utah, Alaska’s Kenai Peninsula, British Columbia, Cedar Key, Florida, Big Cypress National Monument in the Everglades, and Rocky Point, Mexico.

JC said, “I can’t think of a thing,” when asked what he most dislikes about fulltiming, but added that Bev would like a better seating arrangement in the motorhome, so they are constantly on the lookout for their next rig.

Except for workamping one season when the market collapsed in 2008, they have not worked on the road, and JC said their portfolio had recovered by the next year, allowing them to concentrate on their travels.

And they do like to move around a lot, rarely sitting for more than a week. They’re too busy visiting state capitols, museums, and National Parks. Their goals is to see all 49 continental states, finish visiting all 50 state capitols, RVing to the Canadian Maritimes (which they plan to do this summer) and touring Europe via RV two or three years from now.

The Webbers are joiners. They belong to the Escapees RV Club, Family Motor Coach Association (FMCA), and the Good Sam Club and have attended Gypsy Journal rallies, Escapades, and FMCA rallies. They said in the early days they attended many classes at rallies, but not so much anymore.

They save money on camping with memberships in Passport America, Thousand Trails, Harvest Hosts, RPI, Freedom Resorts, and the Elks and Moose. Those last two aren’t really RV clubs, but they joined them to take advantage of their RV parking opportunities.

Asked about their worst day fulltiming, JC said he had a hard time coming up with anything. They did break down three times, but were able to drive to the repair shop each time and have never had to be towed. Once they had to wait three weeks for parts, but like all fulltimers, they are resourceful and found ways to enjoy themselves. As for their best day fulltiming, JC said it was right now, wherever they happen to be.

Cutting their income stream was the hardest part of leaving their old lives, along with leaving family behind. Bev misses her family from time to time, so they try to get back to California every couple of years.

The Webbers said their advice to new or wannabe fulltimers is to save every dime you can if you are still working to be as financially secure as possible. If you are already on the road, take your time and enjoy every place you pass through on your way to wherever you are going. Don’t wait too long. Once you realize that this is something you want to do, make your plans, save your money, and get out here as quickly as you can!

You can follow JC and Bev’s adventures on their blog at http://www.mytripjournal.com/webber07

Thought For The Day – One day your life will flash before your eyes. Make sure it’s worth watching.