Nick's Blog » One Extreme To Another

The weather here in central Florida has gone from one extreme to another ever since we got here in late October. Just since Christmas we have had our motorhome’s air conditioner and furnace both on within a 24-hour period more than once! What’s up with that?

If you leave the house on a warm morning wearing a T-shirt, you’d better bring along a long sleeved shirt or sweater too, because you just might need it by the end of the day. It was in the 80s over the weekend, mid-60s yesterday, and the high on Thursday is supposed to be 57 degrees!

I guess it’s just as well that we haven’t seen much of the weather the last few days. Terry’s been weaving and I’ve been working hard on my new book, Big Lake Burning. There’s been a lot going on in Big Lake but things are starting to wrap up. I’ve done at least 3,500 words a day for the last three days and I think I’ll be finished by the end of the week. Then it will go into the proofing and editing stage. I know a lot of you have been waiting patiently, and I’m just as eager as you are to get it out. This will be the sixth book in the Big Lake series, and I have at least four more, and maybe as many as seven yet to go. And new ideas come bouncing into my head all the time.

I have had a lot of positive feedback on our new fulltimer series of blog posts. The first one went live yesterday, a profile of Doug and Julie Livingston, and I really enjoyed it. I’ll be running one a week as long as people are willing to share their stories with us. If you’d like to be included, send me an e-mail at editor@gypsyjournal.net.

We’ve been here in central Florida many times but Terry and I have never been to Disney World. We’re just not into theme parks and places like that. But give us an oddball museum, some little-known historical sight, or an old cemetery and we’ll happily spend hours exploring it. I mentioned the other day that I’ll be running a series of blog posts highlighting some of the neat overlooked places we’ve found in our travels on a state-by-state basis. I’ll try to get the first one of them going in the next day or two.

Today we’ll take a break from the keyboard and loom and run some errands. We have several orders to mail out, some banking to do, and our ice cream supply has been depleted. Terry said something about needing to get some real food too, but I didn’t pay much attention to that.

, the second book in his Season of the Moons series. Cleve is a good guy and is rapidly building a loyal fan base. Try one of his books and I think you’ll know why. 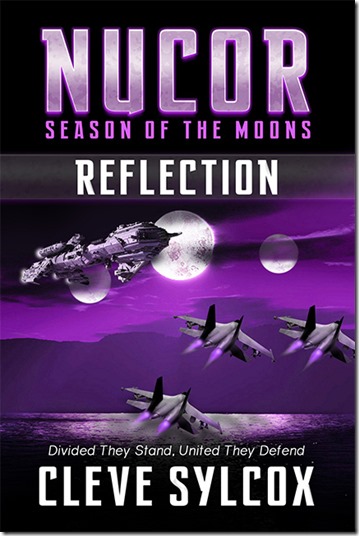 Thought For The Day – My kids are always accusing me of having a “favorite child” which is ridiculous, because I don’t really like any of them.

6 Responses to “One Extreme To Another”