No, I wasn’t suffering gastric distress, this is something else altogether. Even worse, if you can believe that.

We spent yesterday getting our old RV refrigerator out of the motorhome. Or at least that was the plan. We made some headway, but no project ever goes as easily as planned, and we’re not quite there yet.

The project started off with Terry going up on the roof, removing the refrigerator vent cover, and removing five screws that secure the Norcold from the top. Then there were four bolts inside the area behind the unit, accessible from the grate outside. I left that job to John Huggins because… well, because he took the ratchet I handed him. 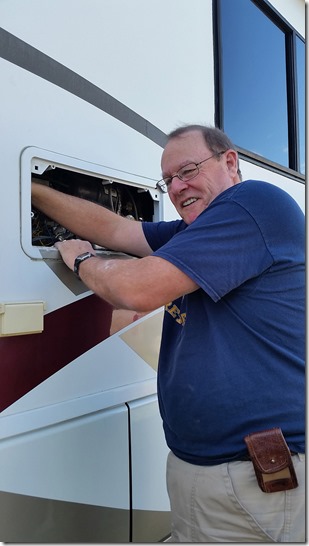 Once that was done and the gas line and the water line for the icemaker were disconnected, I spent some time inside with a thin pry bar working loose the strong double-sided tape on both sides, top and bottom of the refrigerator. Then it was a pretty simple job to wiggle the Norcold out of the cubbyhole and onto a flat four-wheeled furniture dolly. 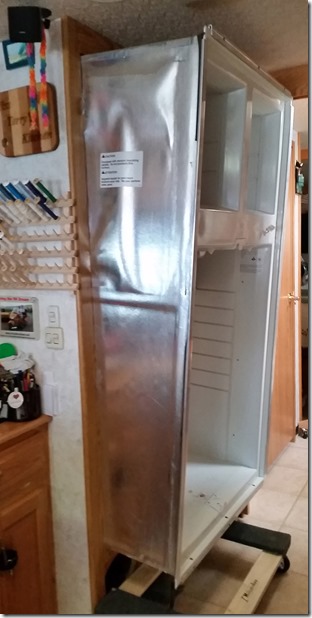 We moved it into the center of the kitchen and then John started to remove the cooling unit and all that other stuff on the back. And that’s when the gas hit the fan, so to say. John cut into one of the lines and suddenly ammonia started coming out. Lots of ammonia. I told everybody to get outside fast, then covered my mouth and nose with my hat, took a deep breath and ran back inside to open a couple of windows, came out to breathe again and went back in again and got the roof vents open and turned the vent fans on. That took two trips, and by then it was really strong inside the motorhome, stinging my eyes and nose. 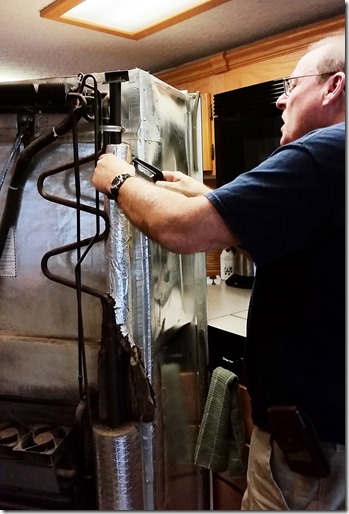 It took about three hours for the ammonia to dissipate, and by then it was too late in the day to do anything else. We put the tools away, then went to Applebee’s for dinner with John and Kathy. Here is the Norcold, sitting in the middle of the kitchen like an 800 pound gorilla in the room. 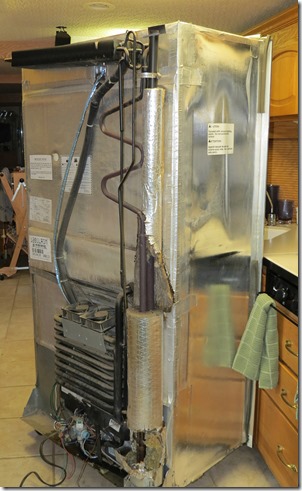 Today John and I will get it outside, and Terry will drop the floor in the refrigerator compartment to make room for the taller Samsung that will be delivered on Friday. It’s a lot of work, but overall not as hard as I expected so far. Terry and I keep telling each other that it will all be worth it when our new refrigerator is installed and working.

Have you entered this week’s Free Drawing yet. This week’s prize is an audiobook of Crazy Days in Big Lake, the third book in my Big Lake mystery series. To enter, all you have to do is click on the Free Drawing link or the tab at the top of this page and enter your name in the comments section at the bottom of that page (not this one). Only one entry per person per drawing please, and you must enter with your real name. To prevent spam or multiple entries, the names of cartoon or movie characters are not allowed. The winner will be drawn Sunday evening. 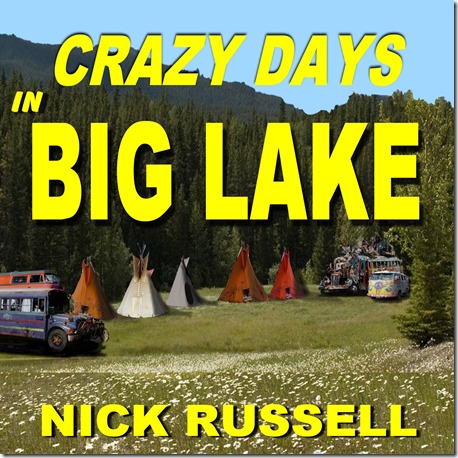 Thought For The Day – I try to take one day at a time, but sometimes several days gang up and attack me at once.