Another year of exploring this great land of ours has come and gone. We’re slowing down a bit; this year we traveled 6,316 miles as opposed to 8,500 miles the year before. And that was way down from the 15,000+ miles a year we used to do when we were teaching at Life on Wheels and chasing the RV rally circuit.

We started 2014 in Arizona and bounced around from Apache Junction to Tucson and back a couple of times, then we went to Yuma where we hung out with our friends Charles and Chris Yust on their lot in the Foothills for a while. Then we did something I have always wanted to do, we went to Lake Havasu City for Winter Blast, the amazing fireworks show held there every winter. 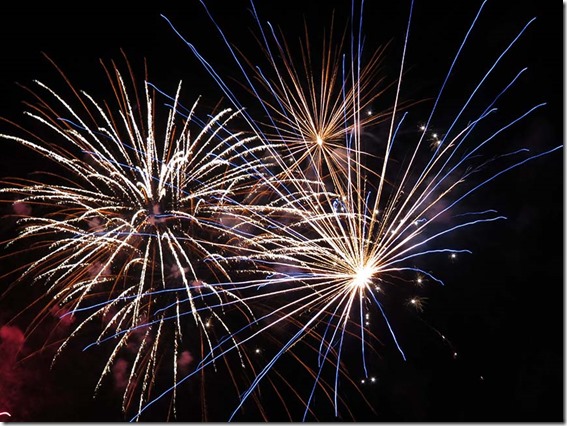 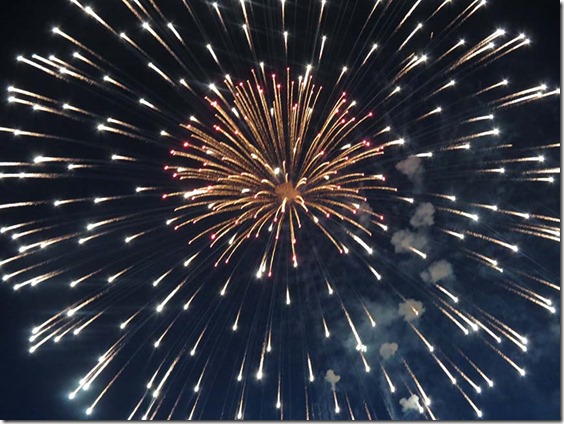 After years of requests from our readers, Terry also released her long-awaited cookbook, Miss Terry’s Kitchen, in February and it was an immediate hit. Yeah, I had to say “I told you so!”

We also spent some time in our old hometown of Show Low, Arizona visiting my daughter and her family. Those two girls of hers are growing up so fast! Bad weather delayed our start east, so we had to make a quick trip across the country. Even though we were flying low, we did stop in Claremore, Oklahoma to tour the excellent Will Rogers Memorial and the J.M. Davis Arms Museum, which has an impressive collection of firearms, edged weapons and all kinds of other goodies. 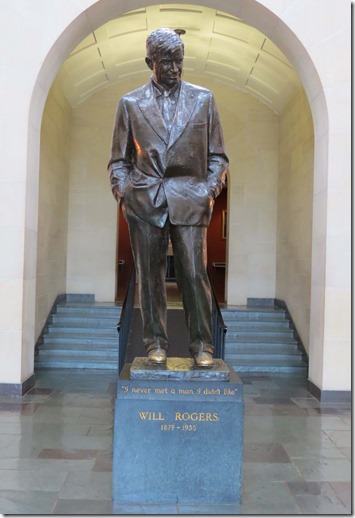 Part of the reason for our speedy trip across the country was to be at the Escapees RV Club rally in Goshen, Indiana. We had a vendor booth and I gave several seminars. It was fun and we enjoyed seeing so many of our RVing friends. 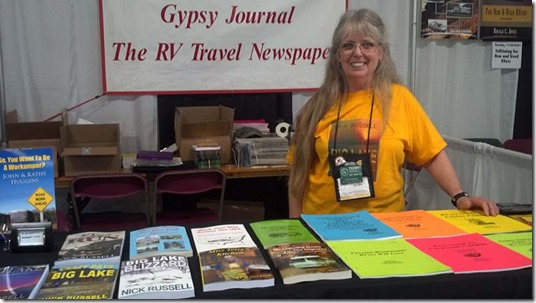 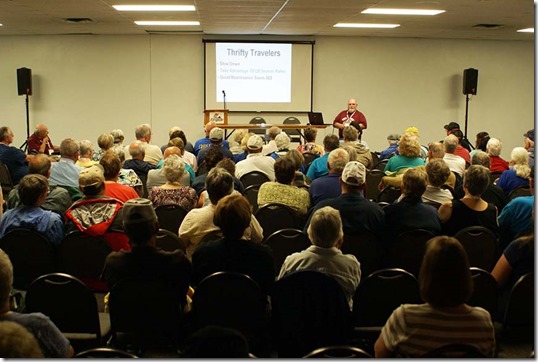 After the Escapade we hung out at Elkhart Campground for a while, our favorite family owned campground in the whole county. After a couple of years of trying to nurse it along, our Splendide washer/dryer combo died, but with my pal Greg White helping us we replaced it with the newest model, which Terry likes a lot better.

From Elkhart we caravanned south with Greg and Jan to the Thousand Trails campground at Batesville, Indiana for a two week stay. It was a good base for exploring nearby Cincinnati, Ohio, home to the excellent National Underground Railroad Freedom Center and the American Sign Museum, both really interesting places. 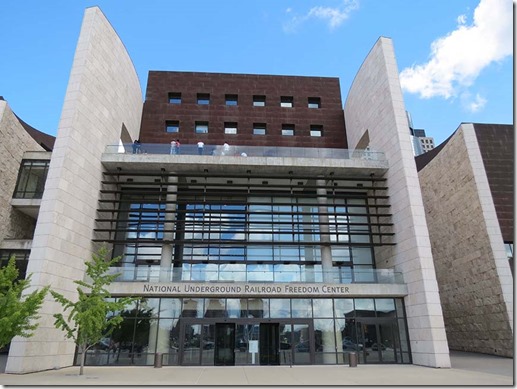 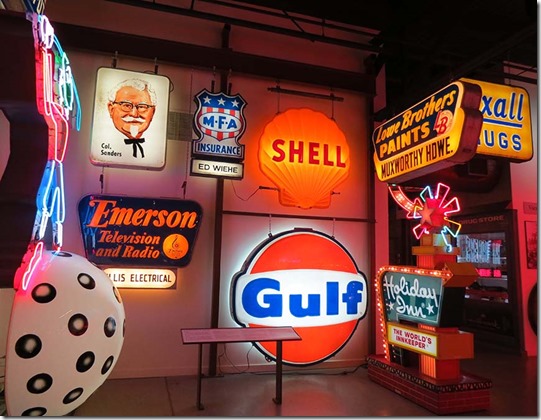 When our time was up in Batesville we had a short drive west to another Thousand Trails preserve, this one in Wilmington, Ohio. Wilmington is a neat little town and we look forward to getting back there again.

We parted company with Greg and Jan in Wilmington, them heading back to Texas for their grandson’s birthday and us on to Pennsylvania. Another of our favorite places is the area around Lancaster County, and the Hershey Thousand Trails preserve made a great place to hang out for a couple of weeks. We checked out the Amish country and also discovered a wonderful attraction called Roadside America. 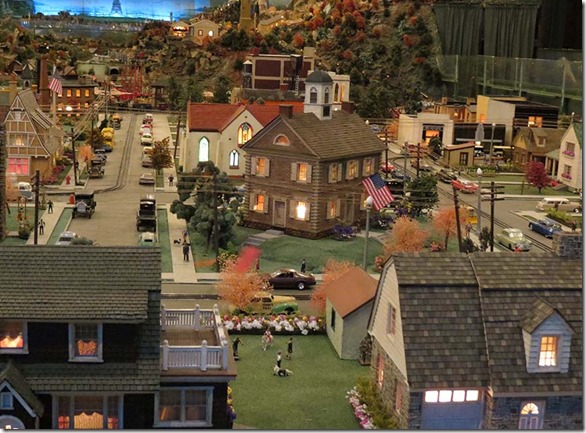 From there we spent a couple of weeks at Gettysburg Farm Outdoor World Resort. We are both history nuts, so we enjoyed touring the Civil War battlefield at Gettysburg. 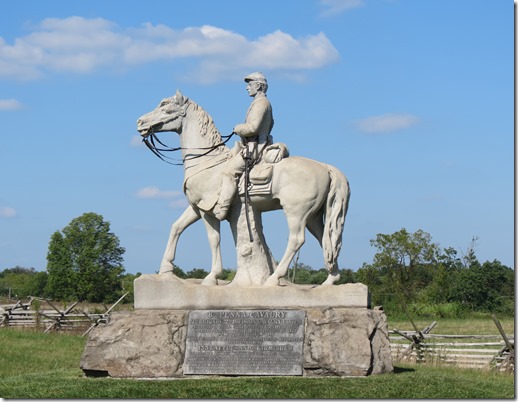 Nearby, Terry discovered a fabulous weaving shop called The Manning’s, where she stocked up on all kinds of beautiful yarn. I also published Big Lake Scandal, the fifth book in my Big Lake mystery series, while we were at Gettysburg Farm.

We ventured south from Gettysburg Farm, spending two weeks at Colonial Beach, Virginia. This was another great place for history enthusiasts, and while we were there we visited historic Fredericksburg, the U.S. Naval Academy at Annapolis, Maryland, and other area attractions.

Ever since we first visited the Chesapeake Bay Thousand Trails preserve near Gloucester, Virginia we have wanted to go back, and the three weeks we spent there was not nearly enough time to see and do all the area has to offer, from Richmond to Virginia Beach, to historic Yorktown and Colonial Williamsburg. We could easily spend an entire summer there and never be bored.

A visit to the Outer Banks of North Carolina has been on my bucket list forever, and the long day trip we made there on our way south was just enough to whet our appetites for going back again sometime in the future.

Yet another area we visited once and were looking forward to getting back to were the twin cities of Beaufort and Morehead City, North Carolina. With tons of history, miles of seashore, interesting museums, and even a fishing pier, I was tempted to pull the wheels off our Winnebago and just stay there.

But there are still too many places we want to see and other places we want to return to again, so that wouldn’t work. Instead, we went on down the road, stopping at Hilton Head Island Motor Coach Resort for a couple of weeks, making day trips to Savannah, Georgia, and Beaufort, South Carolina while we were there.

Are you tired yet?

St. Augustine, Florida is the oldest continuously occupied European-established city in the United States, and the five days we spent there were busy playing tourist. I can see why everybody from Indians to Spanish explorers, pirates, and even railroad tycoon Henry Flagler spent time there. We’ll be back again for a longer stay.

If we ever hang up the keys, there’s a good chance it will be in Titusville, Florida. Whenever we’re in the area we enjoy spending time there, exploring the Merritt Island National Wildlife Refuge and Playalinda Beach and enjoying the small town ambience. Our week in Titusville this year went by way too fast. If we had more time we’d go back again before we head west later this month.

We had planned to go to the Keys from Titusville, but that didn’t work out so instead, we spent a month in Bradenton. The plan was to do some sightseeing, get some writing and weaving done, and just relax. Instead we spent part of the time being sick and much of the rest replacing our Norcold RV refrigerator with a Samsung residential model, with the help of our friend John Huggins.

With the year winding down, we spent three weeks at the Orlando Thousand Trails preserve, one of our regular stops when we’re in Florida. Much of our time was spent working on the new issue of the Gypsy Journal and getting it mailed out. Though I did get a lot of work done on my next Big Lake book and Terry managed to do some weaving. And then yesterday we moved 48 miles to Three Flags RV Resort in Wildwood, where we’ll close out the year.

I have no idea where the time went. It all seems like a blur to me. But I know we had a lot of fun, saw a lot of nice places along the way, made some new friends and spent some time with old ones. Yes, it was a very good year.

I hope 2015 holds a lot of adventure, joy, and love for all of you. And somewhere along the way, I hope we see you in our travels.

Are you looking for a new book to start your new year? My author friend James Rozoff is running a special on The Amazing Morse today for just 99¢. It’s a tale of magic and mystery…and terror. Check it out.

Thought For The Day – A mind that is stretched by a new experience can never go back to its old dimensions. – Oliver Wendell Holmes, Jr.