Nick's Blog » Savannah And Tybee, Too

But even if I am, who could blame me? What’s not to love in this historic city? Settled in 1733, Savannah has seen wars, wealth, poverty, drama and comedy in her history, and like the classy Southern lady she is, she has handled it all with grace and dignity. With its beautiful park-like squares shaded by live oaks and magnolias, its historic waterfront, and streets lined with beautiful mansions, I don’t think anybody could help but be impressed.

During the Civil War, when Union General William Tecumseh Sherman arrived in Savannah after burning Atlanta and everything in his path on his "March to the Sea," he was so impressed by its beauty that he could not destroy it. In December, 1864, he sent a telegram to President Lincoln, offering him the city as a Christmas present.

We could not be this close to Savannah and not visit, so yesterday we spent the day playing tourist. Our fist stop was the Visitor Center to pick up a map, and while we were there a nice gentleman named Mike Chiles introduced himself and told me he was a regular blog reader. Mike and his wife Patricia are from Prattville, Alabama and have been on an extended RV trip the last few months, visiting a lot of fun places. Check out his blog, and if you’re a NASCAR fan, I know there are some pictures there you are going to enjoy.

After visiting with Mike and Patricia for a few minutes we set off to explore Savannah, just wandering around the streets admiring the grand old homes that have been so carefully restored. This handsome brick mansion is the Mercer House and belonged to General Hugh Mercer, the great-grandfather of singer/songwriter Johnny Mercer, and was made famous in the novel Midnight in the Garden of Good and Evil. If you have not read this classic by John Berendt, check it out. It really gives you a feel for Savannah. 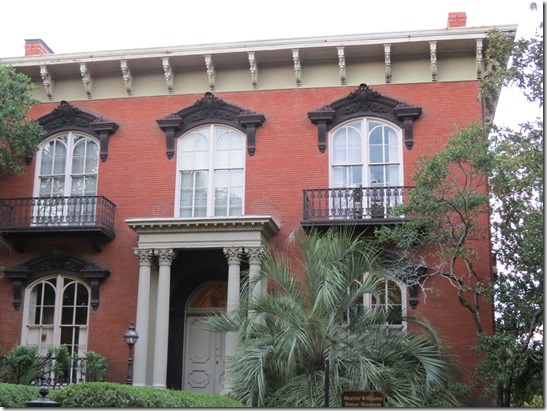 Savannah is laid out around 21 squares, small shaded islands where people can relax on a park bench and admire historic statues, chat with a friend, or just watch the world go by. 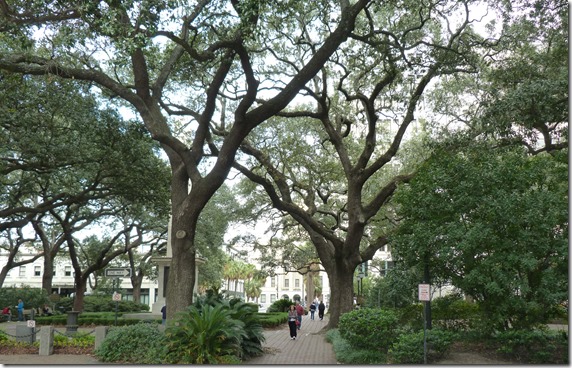 The riverfront, with some of the oldest commercial buildings in Savannah, is a popular place with tourists and residents alike. The old cotton warehouses and ship outfitters now house shops, galleries, and restaurants. 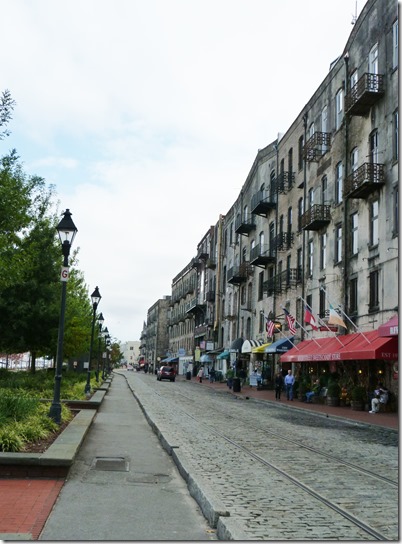 The whole city is an artists’ and photographers’ delight. 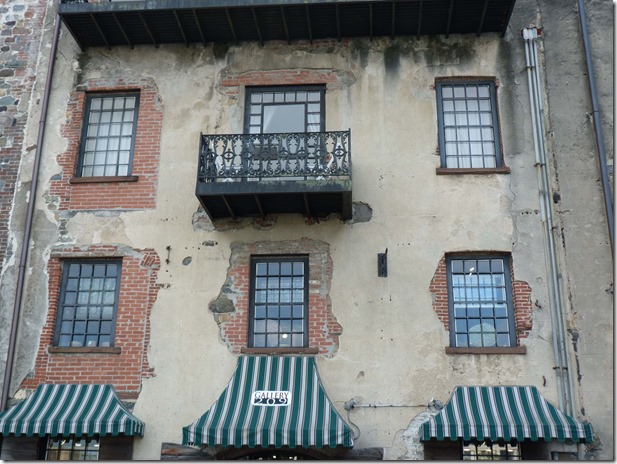 Eventually we left Savannah and drove a few miles to Tybee Island. The beaches were not nearly as crowded as on Hilton Head Island, but the people who were there all seemed to be having a good time. 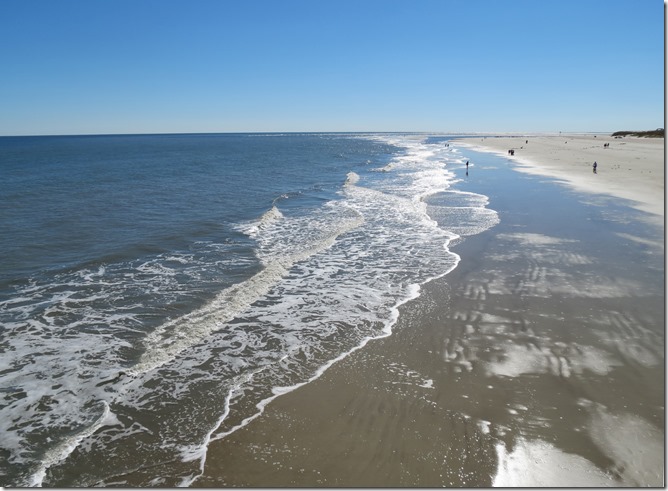 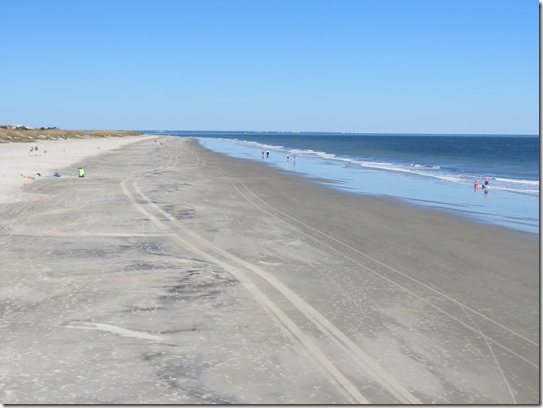 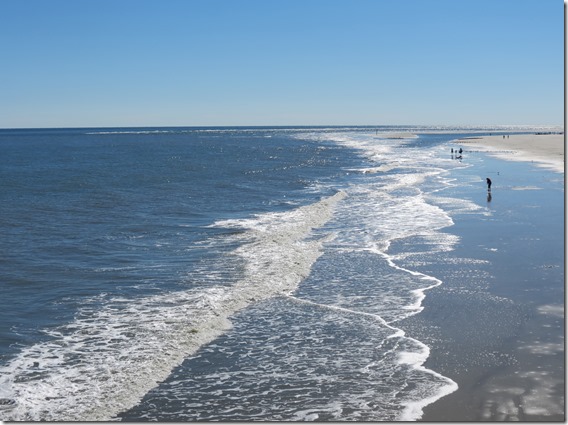 The beach here has suffered a lot of erosion and this dredge is sucking up sand from the ocean floor that will be used to restore the beach. 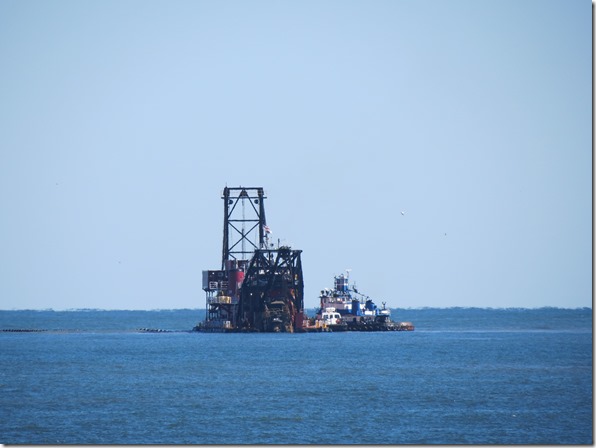 We wandered out on the pier, which has a nice pavilion and is free to the public. There were a few fishermen, but nobody seemed to be getting any action. 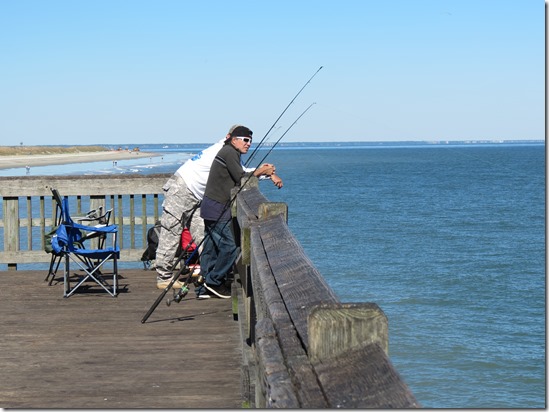 The last time we were in this area we ate at The Crab Shack with Greg and Jan White and Peggy Krepelka and Dave Koehler. It was one of the most fantastic meals we ever had and we’ve looked forward to going back ever since. 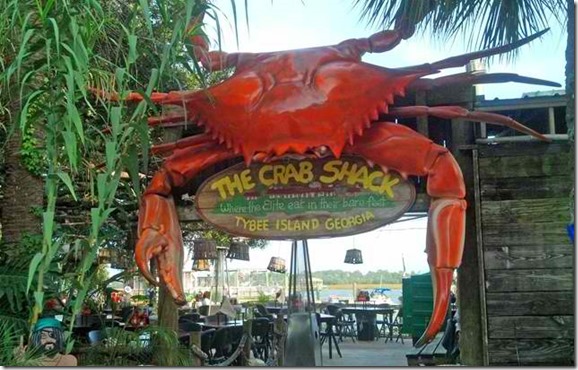 They have several alligators in a pool at the entrance, and we had to stop and watch them for a while. A sign said they were born in captivity and will live in an exhibit for the rest of their lives, and also warned people that it is both illegal and dangerous to feed wild alligators. You might think that would go without saying, but again, we’re talking about people. 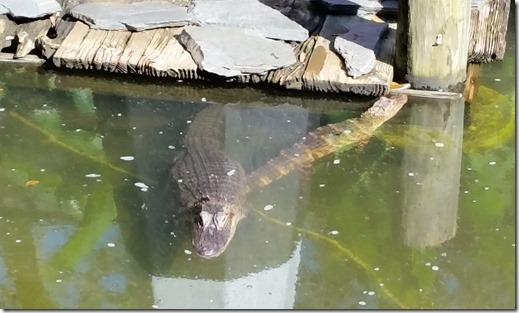 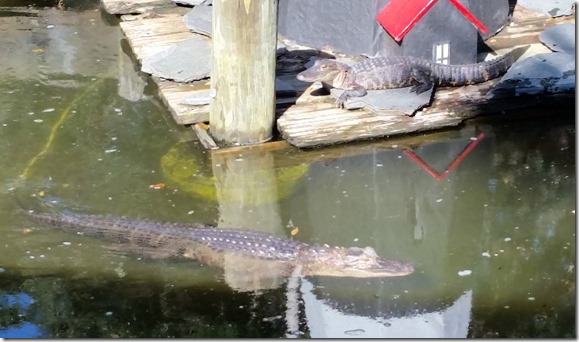 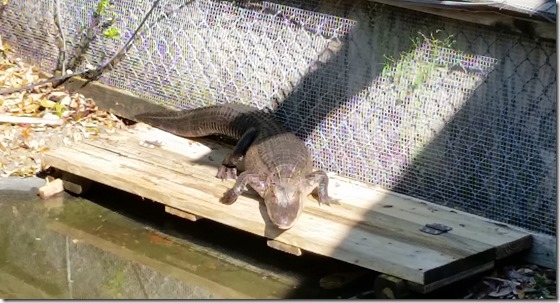 We sat outside, with a nice view of Chimney Creek. 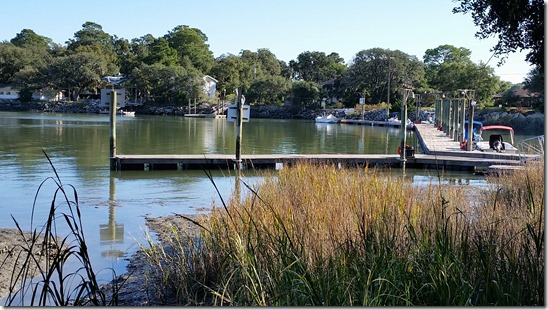 Nothing is fried at The Crab Shack, which is usually my first choice for seafood, but that’s okay. The last time we were there we had the Captain’s Sampler for two, a low country boil that included Alaskan king crab, stone crab, shrimp, mussels, crawfish, sausage, corn and potatoes. And by the way, this picture was taken after we each took our first helping! It tasted even better than it looks, and there’s no way we could finish it all, but we sure had fun trying. 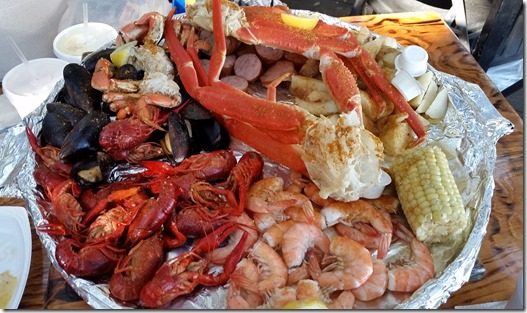 By the time we got back to Hilton Head Island Motorcoach Resort, after a stop at Barnes & Noble and WalMart, we were both worn out. But it was worth it for the memories we made on a beautiful day in a beautiful city. And I think Miss Terry was right after all; I am head over heels in love with Savannah.

Don’t forget to enter our latest Free Drawing. This week’s prize is an audiobook of Dog’s Run

, my mystery set in a small Ohio town in 1951. If I had to name one of my books as my favorite, it would be this one. To enter, all you have to do is click on the Free Drawings link or the tab at the top of this page and enter your name in the comments section at the bottom of that page (not this one). Only one entry per person per drawing please, and you must enter with your real name. To prevent spam or multiple entries, the names of cartoon or movie characters are not allowed. The winner will be drawn Sunday evening. 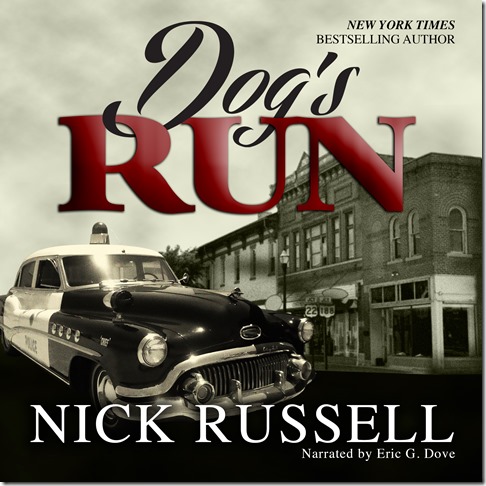 Thought For The Day – I don’t know why people change churches; what difference does it make which one you stay home from on Sunday?

8 Responses to “Savannah And Tybee, Too”