If you heard a lot of excited and happy shouting coming from my direction yesterday, I had a good reason. A very good reason!

As I’ve told you the last couple of days, I’m running a special on Big Lake, the first book in my Big Lake mystery series, this week. It’s free on Amazon through Friday. Yesterday I ran a BookBub ad announcing the special and as of midnight local time it had received over 55,000 downloads and was sitting in the #1 spot in Amazon’s Free Kindle bookstore! Thanks to all of you who downloaded a copy, and told your friends and family about this special. 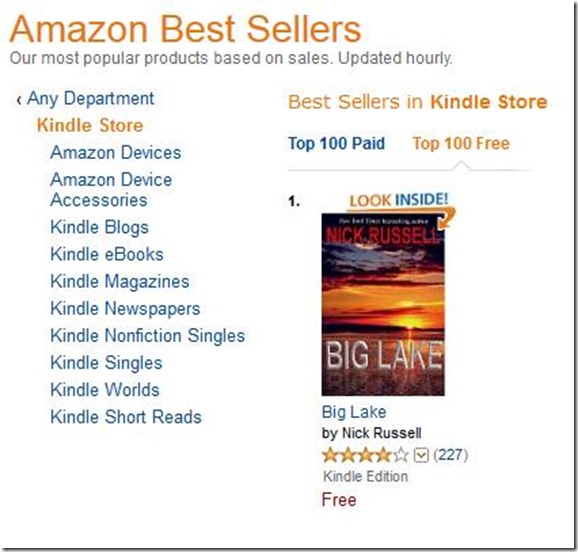 While all of that was happening yesterday, Terry and I drove to the Wright Brothers National Memorial. Most people think that the aviation pioneers made their first flights at nearby Kitty Hawk, but it was actually a couple of miles south at Kill Devil Hills. Today a Visitor Center has replicas of one of the brothers’ gliders and first airplane. 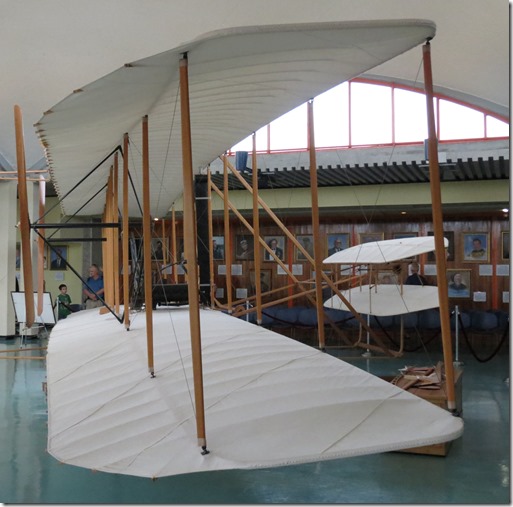 A short walk along a paved path took us to the actual spot from which they made their four historic flights on December 17, 1903, totaling just twelve seconds, that changed the world.

After touring the Memorial, we drove south, stopping to check out a couple of shops along the way, then visited the beautiful Bodie Island Lighthouse, which was built in 1872 and whose powerful beacon still guide ships through the treacherous waters known as the “Graveyard of the Atlantic.” 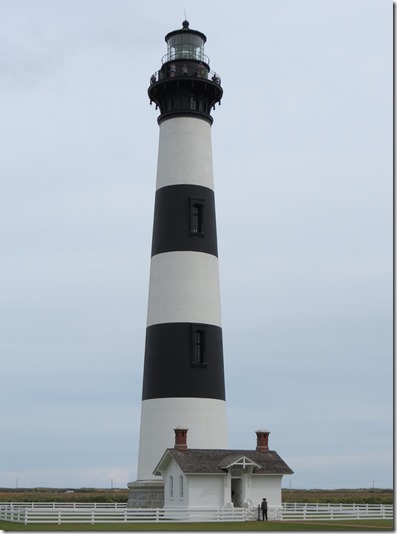 More than 1,000 ships have sunk in these waters over the last 500 years, including the Civil War steamship Oriental, which was loaded with soldiers and supplies for the Union Army when it struck a sandbar off Bodie Island and sank in 1862. Part of the ship’s boiler still sticks up out of the water and is still visible from shore. It’s popular with divers and this seagull, who was perched on top. 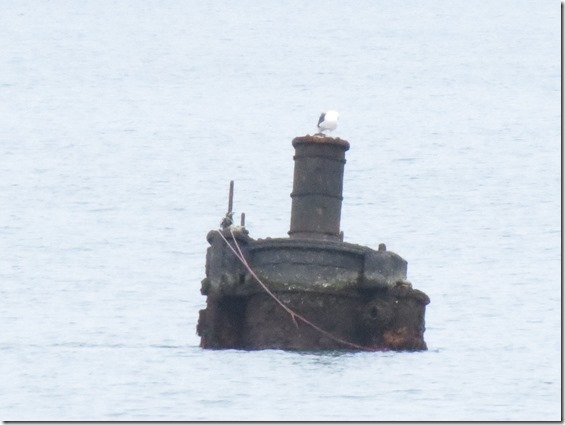 Many people told us that once we visited the Outer Banks and Cape Hatteras National Seashore we would be hooked and return over and over again. Now I understand why; miles of unspoiled beaches, clean air, and a scattering of charming little villages. 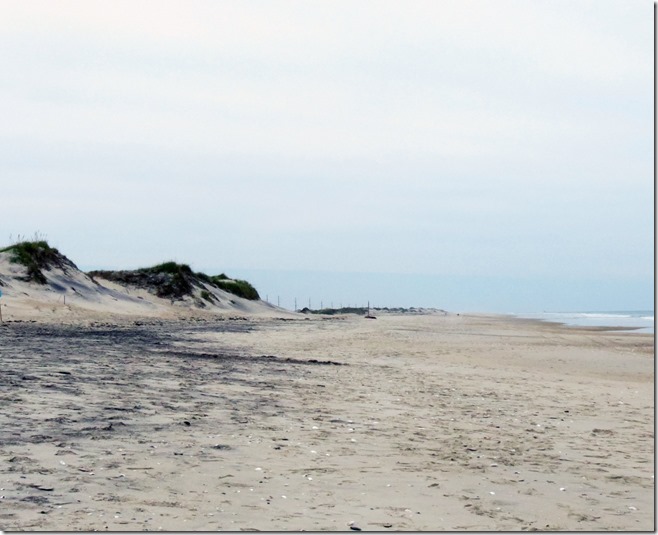 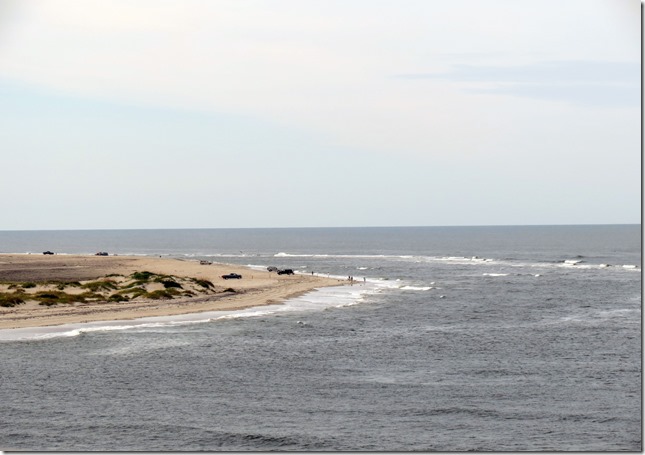 I imagine it’s a lot busier during the summer, but yesterday all we saw were a few beachcombers and one fellow surf fishing. 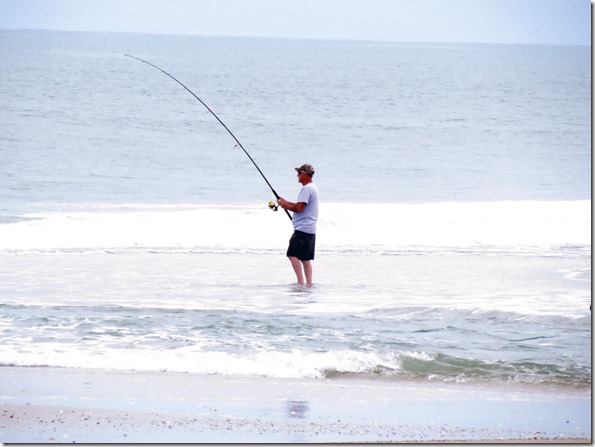 We discovered a real gem in the little village of Rodanthe; the Chicamacomico Life-Saving Station (pronounced chick-uh-muh-cah-mih-co). The U.S. Life-Saving Service was the precursor to today’s Coast Guard, and the station, established in 1874, has been carefully restored. 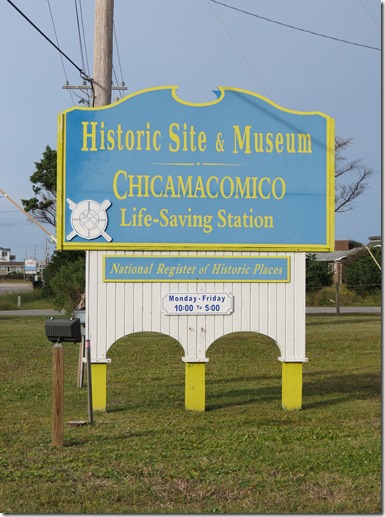 We spent some time taking the self-guided tour of the site’s two stations and five outbuildings, which are filled with artifacts from the days when this was a working station charged with saving people in peril in the treacherous waters along the coast. 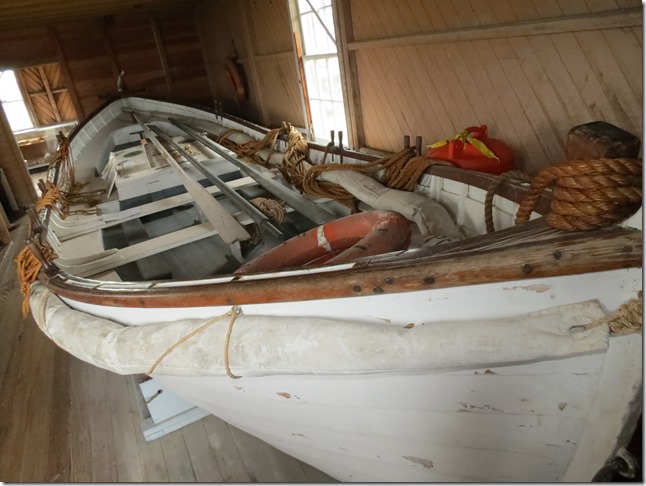 It was getting late in the day and our tummies were growling, so after a quick stop to check out Jeannette’s Pier in Nag’s Head, I asked a couple of local fishermen where we could find some good seafood. They told us to go right across the street to Sam and Omie’s, one of the oldest restaurants in the area. I had a scallop and shrimp platter, while Miss Terry chose the flounder and scallops. Now we understand why this is such a popular place with the locals! It will definitely get added to our Favorite Restaurants guide. 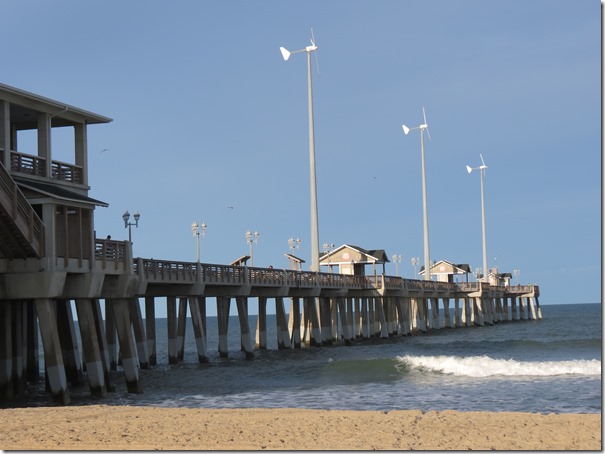 We’ll have feature stories on the Wright Brothers National Memorial, the Life-Saving Station, and some of the places we visited in an upcoming issue of the Gypsy Journal.

It’s Wednesday, which means it’s time to start a new Free Drawing. This week’s prize is our 8-in-1 E-book, which includes our Guide to Free Campgrounds and Overnight Parking Spots, Fairgrounds Camping Guide, RVers’ Guide to Casino Parking, Guide to Public RV Dump Stations, Favorite Restaurants Guide, Hitching Post Campground Reviews Guide, WiFi Campground Guide, and Guide to RV Good Guys. To enter, all you have to do is click on the Free Drawing link or the tab at the top of this page and enter your name in the comments section at the bottom of that page (not this one). Only one entry per person per drawing please, and you must enter with your real name. To prevent spam or multiple entries, the names of cartoon or movie characters are not allowed. The winner will be drawn Sunday evening.

Thought For The Day – Nobody ever became a success by thinking about it.