Note: We are revisiting some of our favorite old places that we’ve been to before, and sharing some of their stories again from our previous visits.

At the North Carolina Maritime Museum in Beaufort, we found an impressive collection of nautical exhibits that tell the story of North Carolina’s seafaring past, and how it has affected the state’s history and culture. The museum’s mission is to interpret North Carolina’s coastal cultural heritage and its natural and maritime history through collections, research, exhibits, and educational programs, and it does an excellent job of it.

Since before the Revolutionary War, North Carolina’s 300 miles of coastline, her fragile offshore barrier islands, her rivers and sounds have provided people with refuge from the Atlantic’s wicked storms, supported commerce, and offered up a bounty of seafood for commercial and sports fishermen. Over the years the coast’s bays and inlets have been a sanctuary for pirates, British and Union raiders, and smugglers. The Maritime Museum tells these stories and more. 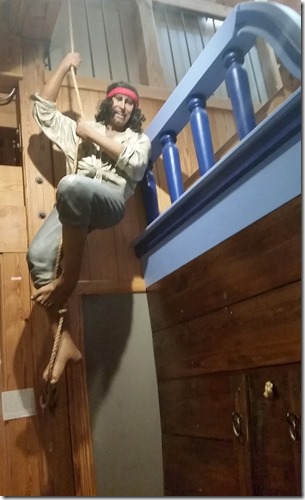 The infamous pirate Blackbeard operated in these waters, and the museum has a display of artifacts recovered from the wreck of Blackbeard’s flagship, the Queen Anne’s Revenge, including this cannon. The wreck was discovered in 1996, in 25 feet of water just off the coast. 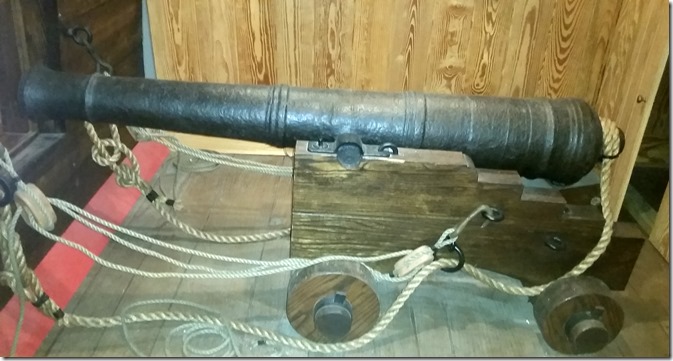 The museum has several working boats on display, including a replica of an Indian dugout canoe made from a cypress log, a flat-bottom skiff used in the shallow rivers and sounds of coastal North Carolina in the late 1800s and early 1900s, and Spritsail sailing skiff built in 1910. 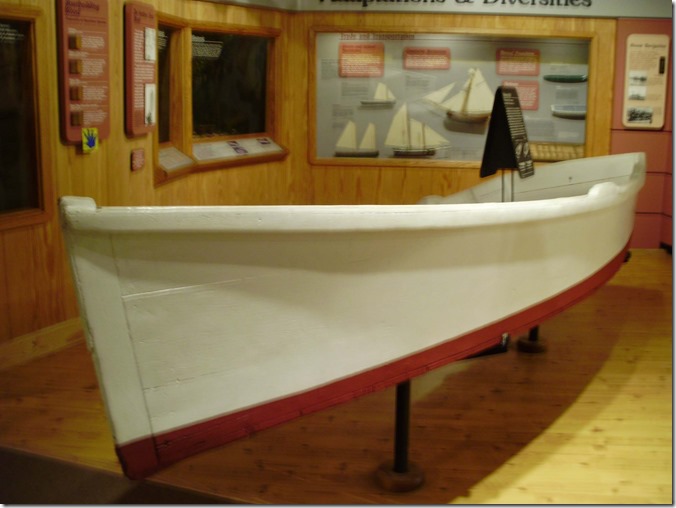 There is an extensive collection of equipment used on ships on display, including a ship’s wheel from a trading vessel that sailed in North Carolina’s sounds and rivers in the late 1800s and early 1900s, lamps, anchors, nets, and radio equipment. A ship’s telegraph on display originally came from a World War I German destroyer that the U.S. Navy captured in the Pacific and converted into a submarine support vessel. The ship was rammed and sunk off Morehead City by a fruit transport, and Navy divers retrieved the telegraph. 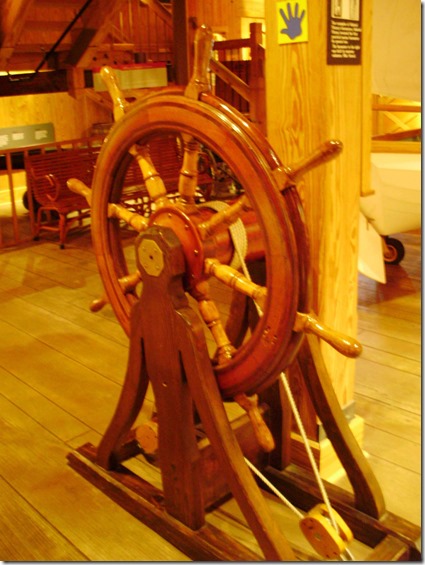 Commercial fishing, from whaling to oystering, has played a major role in shaping the region for centuries, and the Shackleford Banks, located just a few miles away, was the center of whaling activities in North Carolina. Whalers hunted whales as they migrated along the coast, harpooning them from the same small boats that they used for mullet fishing, or they waited for whales to beach themselves. 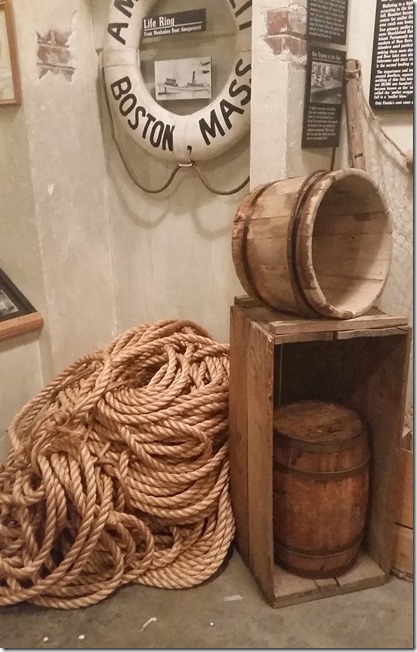 Whale fishing was sporadic, and while it continued into the 20th century, it was seasonal and only one of the many activities that helped the "Bankers" make a living. A small whaleboat model with lines, harpoons, and oars to scale, on display in the museum, is a design similar to the small rowing vessels used for whaling on the Shackleford Banks.

Oystering and menhaden fishing were both important to the region’s economy, and displays on these industries include model ships and boats, as well as fishing equipment used by commercial fishermen. While the industry started with wooden boats, today most menhaden fishing boats have steel hulls and are converted World War II minesweepers or submarine chasers.

The waters off the North Carolina coast can be treacherous, and they have claimed many a fisherman and sailor. The lifesaving efforts of the United States Lighthouse Service, Life-Saving Service, Revenue Cutter Service, Steamboat Inspection Service, and Coast Guard are honored with a series of exhibits and panels telling the stories of the brave men and women who dedicate their lives to saving others. Many coastal people today are the descendants of the lifesavers and lighthouse keepers of the Outer Banks. Exhibits in this part of the museum include dioramas, a breech buoy used to transport men from a sinking vessel, and a Fresnel lighthouse lens, used to guide ships through hazardous waters.

Diving is also a major industry locally, from working on the bottom of fishing boats and commercial ships, to underwater structural work, and shipwreck recovery. Displays at the museum include pumps used to supply air to divers, and an underwater observation bell used in the late 1900s to investigate wrecks and underwater structures, like offshore oil derricks. The bell was lowered and raised with cables from the deck of a ship.

In addition to its extensive exhibits, the museum has a research library that contains books, documents, and newspapers covering the region’s nautical history.

Whether you enjoy history, outdoor sports, or just the opportunity to learn about the people of the area you are visiting, you’re sure to find plenty to appreciate at the North Carolina Maritime Museum.

The North Carolina Maritime Museum is located at 315 Front Street in Beaufort. The museum is open every day of the year, except for Thanksgiving, Christmas, and New Year’s Day. The museum’s hours are from 9 a.m. to 5 p.m. weekdays, 10 a.m. to 5 p.m. Saturdays, and 1 to 5 p.m. on Sundays. Admission to the museum is free.

Thought For The Day – The greatest right in the world is the right to be wrong.