First of all, I want to thank everybody for your birthday greetings on the blog, by e-mail and on Facebook. You all make me feel very special. And speaking of birthdays and special people, today is our friend Elaine Loscher’s birthday. It’s never polite to ask a lady her age, but I’m pretty sure Elaine is almost old enough to buy a drink. And since she’s married to my buddy Mike, who could blame her if she did?

We woke up earlier than usual yesterday morning because we had a lot of miles to cover. By 9:15 we were on the road, which I think may be a record for us. We usually leave somewhere around the crack of noon.

We took U.S. Highway 17 south to Wilmington, most of it excellent divided four-lane highway, and after navigating through a snarl of narrow construction zones we got onto U.S. Highway 74 and followed it west to Whiteville, where we picked up U.S. 76 and took it into South Carolina. It ranged between nice four-lane highway to rather narrow two-lane road in a few short sections, and we had to slow down for a couple of small towns, but it was an easy ride. At Florence we got onto Interstate 95 for 156 miles, the longest we’ve driven on an interstate in a couple of months. We left the superslab and took U.S. 278 east to Hilton Head Island Motorcoach Resort, arriving at 5:10 p.m. with 396 miles behind us.

This is our first time to Hilton head, and I have to say that we are very impressed with what we’ve seen of the resort so far. We were scheduled to arrive here on Wednesday, but due to the bad weather I had called and spoke to a very nice lady named Tracy and told her I needed to move up our reservation by a day, at least, until the storm had passed. Yesterday morning when I called to tell her we were on our way, Tracy said the office closed at 5 p.m., and that she would call about 3 to see how our trip was going. When she did, I told her that we were on our way but would arrive a little after closing time. She said no problem and that she would keep the office open until we arrived. How nice!

Tracy greeted us and got us checked in and then we were escorted to our site. This is a very nice place and everybody we have met has been super friendly. Driving to our site folks waved and said hello, and once we were parked a nice couple named Joey and Leslie were walking by and stopped and chatted with us for a while. None of the snootiness we’ve experienced at some upscale RV resorts.

By the time we got the utilities hooked up, the rooftop satellite TV dish aimed, and the motorhome set up it was dark, so we did not see much of the resort, but what we saw, we liked. I’ll have some pictures in tomorrow’s blog.

Big news out of Elkhart, Indiana. My buddy Al Hesselbart, historian for the RV Museum has announced his retirement. Al has talked about retirement for a while now, but since he’s the world’s acknowledged expert on the history of the RV industry, he was having too much fun playing with the antique RVs at the museum and sharing his wealth of knowledge with anyone who came through the door. He has been an excellent resource for anybody researching the RV world, and his book The Dumb Things Sold…Just like that is interesting reading for anybody who has ever set foot inside a recreational vehicle. Al tells me he plans to spend time traveling in his vintage Newell motorhome and chasing fish from Michigan to Florida. Congratulations on your retirement, Al. I look forward to casting a line with you one of these days, buddy. 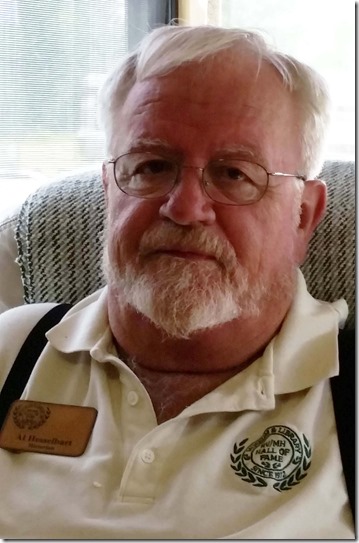 And more big news, this time on wireless internet access for RVers. Yesterday, Millenicom announced that Verizon is acquiring all Millenicom customer accounts. Technomadia’s Cherie Ve Ard, writing on the RV Mobile Internet Resource Center, said that Verizon will be contacting Millenicom’s customers to tell them what their plan options will be. Where does that leave Mellinicom customers who have used their service to save money on wireless internet? Cherie says nobody knows at this point. The RV Mobile Internet Resource Center has an interesting report online titled Cellular Data ‘Wars’ – Guide to Picking Your Plans that you might find interesting.

Have you entered this week’s Free Drawing yet? This week’s prize is an audiobook of my friend Suzie O’Connell’s Mountain Angel, the first book in her popular Northstar Angels romance series. To enter, all you have to do is click on the Free Drawing link or the tab at the top of this page and enter your name in the comments section at the bottom of that page (not this one). Only one entry per person per drawing please, and you must enter with your real name. To prevent spam or multiple entries, the names of cartoon or movie characters are not allowed. The winner will be drawn Sunday evening. 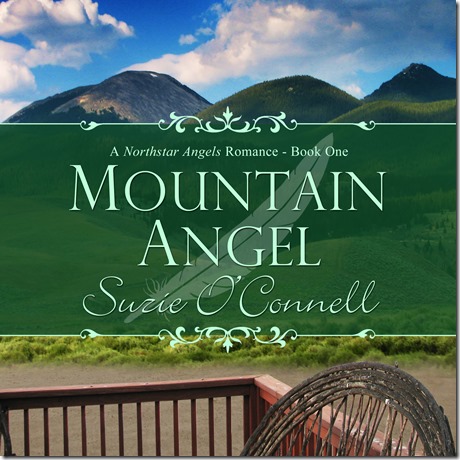