Yesterday we took a day trip to Beaufort, South Carolina, one of the most beautiful small towns in America, and one with so much history you can almost feel it in the air. Visiting it really made us want to move here and we even spoke to a property management beafort, sc to find out more about buying a house and property management!! It’s such a beautiful place.

Located on Port Royal Island in the heart of the Lowcountry, Beaufort has withstood everything from Indian attacks to threats of Spanish invasion, the Civil War, hurricanes, fever epidemics, and more since it was founded way back in 1711. In its early days Beaufort was a major shipbuilding center, and in the years before the Civil War it was the place to be for the elite of the Lowcountry plantation society.

Captured and occupied by Union troops early in the Civil War, Beaufort became a haven for escaping slaves. The Federal government declared the slaves emancipated and began efforts to educate them and prepare them for a life of independence.

We spent a couple of hours just leisurely driving down the streets of the small, friendly city, admiring the beautiful homes and mansions dating back to the early days. 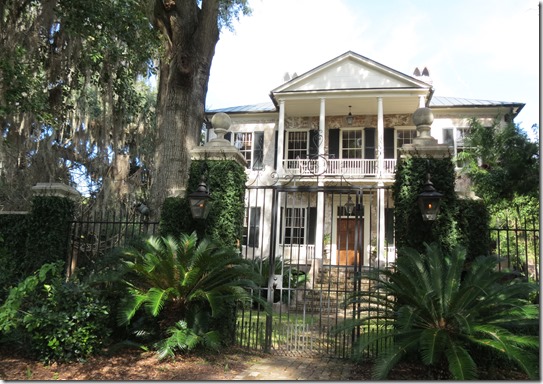 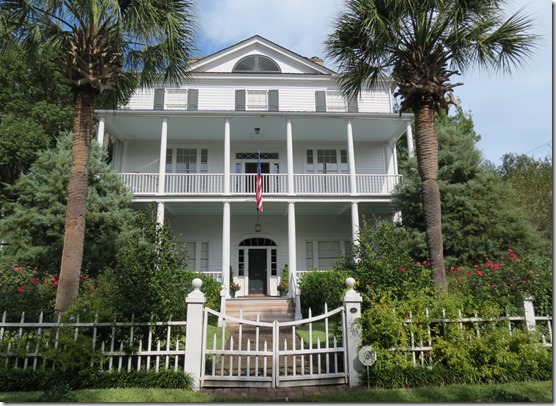 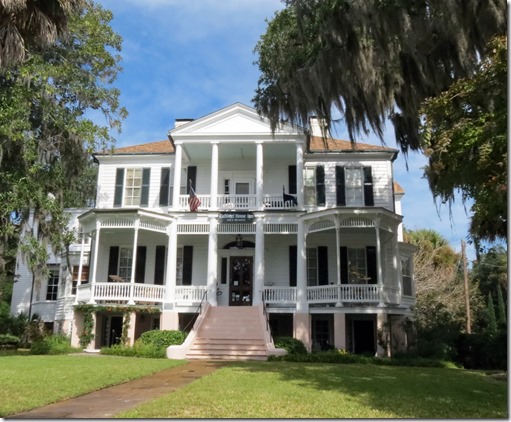 Surrounded by huge live oak trees dripping with Spanish moss, many of the old homes look like something straight out of an old time movie. 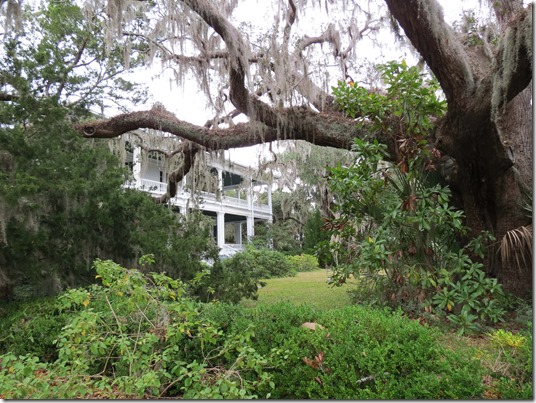 There is a reason that Southern Living named Beaufort the “Best Small Southern Town.” Can you imagine a more beautiful place to live? 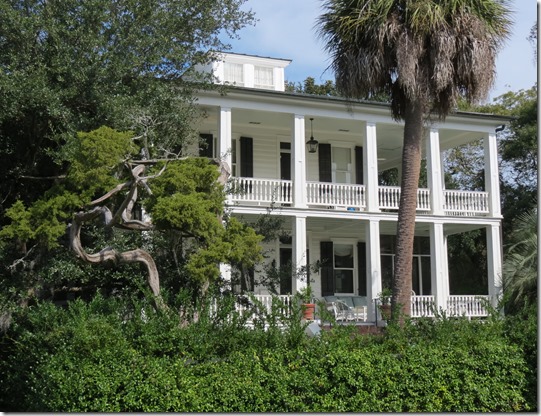 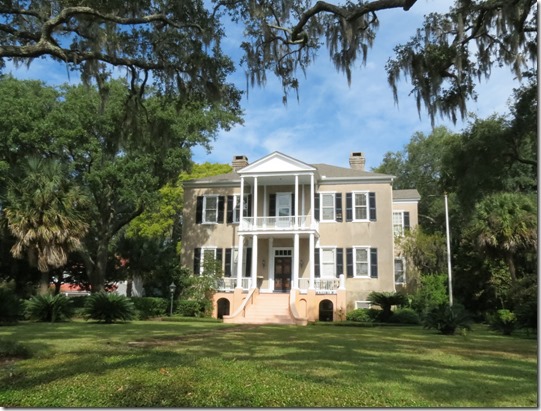 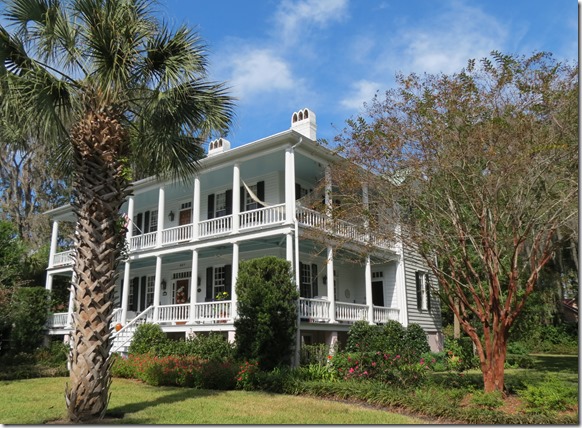 The side streets are narrow and many have low-hanging tree limbs. Definitely not a place to drive an RV! 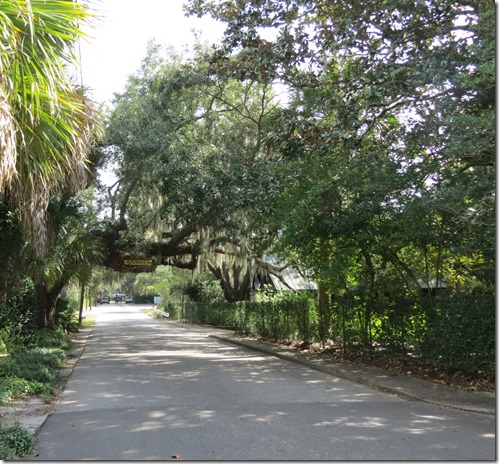 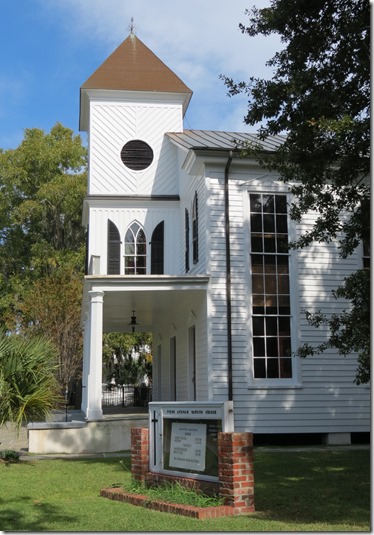 The city’s Visitor Center is housed in the old Beaufort Arsenal, originally built in 1798, and the home of the Beaufort Volunteer Artillery, which had its roots in an earlier company that served in the Revolutionary War. The unit saw action in the 1861 Battle of Port Royal during the Civil War. 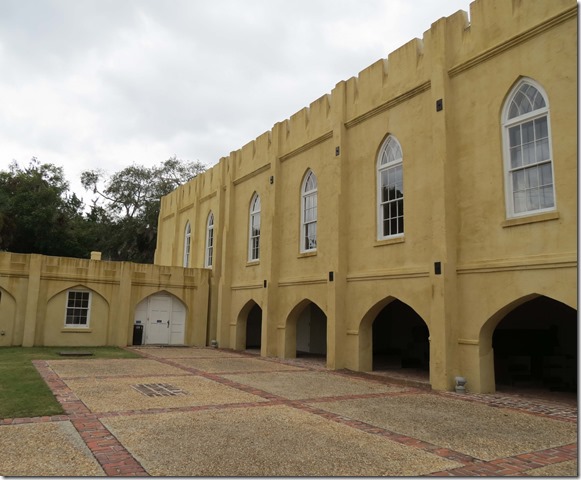 Unfortunately, I think Beaufort is one if the few towns in the country I have ever seen that demands you pay a parking meter to stop at their Visitor Center, or just about anywhere else in town. It seems to be a prosperous community, so I don’t think they need the money. That’s about the only negative we saw to Beaufort, and certainly not a reason to avoid it. But it did keep us from spending much time browsing the interesting shops along Bay Street on the waterfront.

Have you entered our latest Free Drawing yet? This week’s prize is an audiobook of Rift in the Races Book 2 in my friend John Daulton’s Galactic Mage Series. To enter, all you have to do is click on the Free Drawings link or the tab at the top of this page and enter your name in the comments section at the bottom of that page (not this one). Only one entry per person per drawing please, and you must enter with your real name. To prevent spam or multiple entries, the names of cartoon or movie characters are not allowed. The winner will be drawn Sunday evening. 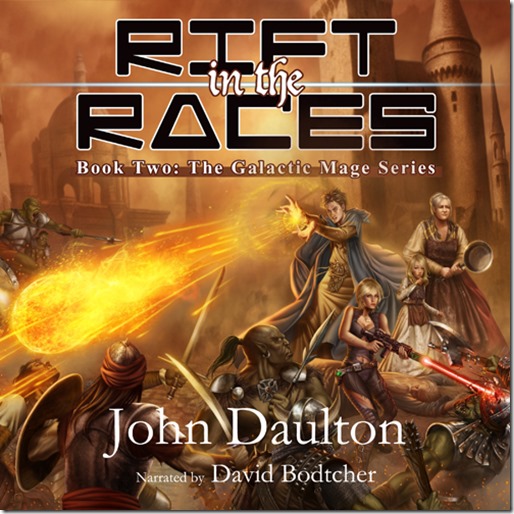 If you’re looking for a good mystery, check out Haunting Danielle

by my pal Bobbi Holmes. It’s a fun, cozy G-rated mystery ghost story, and today it’s on special for just 99¢. Where can you get that much entertainment for under a buck?

Thought For The Day – God loves everyone, but I think he probably prefers “fruits of the spirit” over “religious nuts.”