Even though it was still bloody hot yesterday we had cabin fever and needed to get out of the motorhome for a while. So we took a road trip about 55 miles south to Reedville, a tiny little fishing town on the Chesapeake Bay whose claim to fame is that it is second only to Dutch Harbor, Alaska for the annual quantity of fish brought to port in the entire United States. But we’re not talking deep sea fishing for swordfish or marlin; no, these fish are Atlantic menhaden, a small oily fish found in abundance in regional coastal waters. Reedville, with a population of 500, was once known as the wealthiest towns in the United States due to the huge sums of money earned by the menhaden industry.

The small but interesting Reedville Fishermen’s Museum honors the men who make their living from the water and their annual Antique & Small Boat Show is one of their biggest fundraisers of the year. When we arrived, the narrow main street was lined with cars and we had to park a block or so away and walk back to the museum, where we spent a couple of hours admiring the many nice old boats on display. 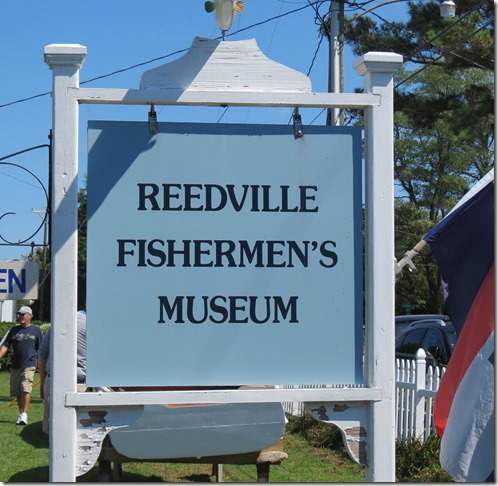 I really like old watercraft and there were some very interesting ones, including this 1959 Wolverine runabout built. The 14 foot long boat was as polished as an Airstream trailer and really looked nice. I think it was one of the few boats in the show that was not made of wood. 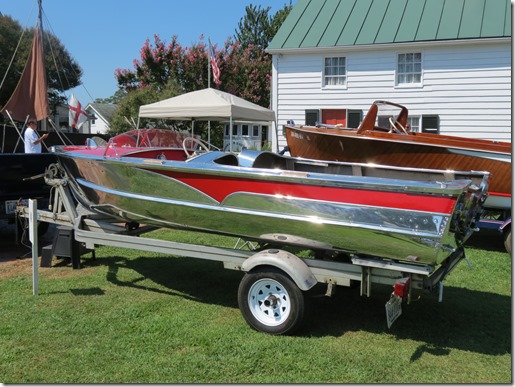 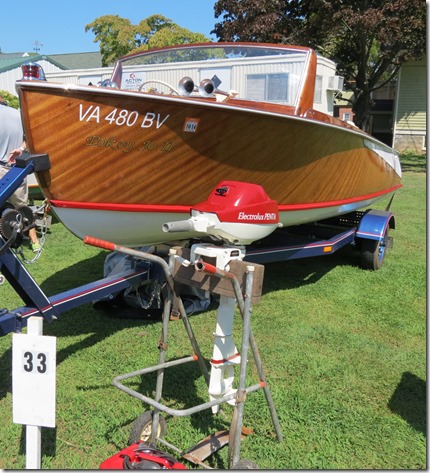 Many of the boats were smaller and not nearly as fancy, but that didn’t keep them from being very nice. This 14 foot long 1957 Penn Yan was powered by a 1958 7.5 horsepower Johnson outboard and looked like it would be a great fishing or crabbing boat. 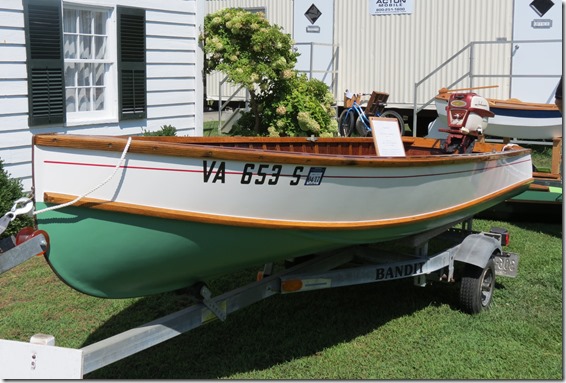 Another simple boat was this 1950 Lyman Lapstrake, a popular boat on Lake Erie and other Midwestern waters. 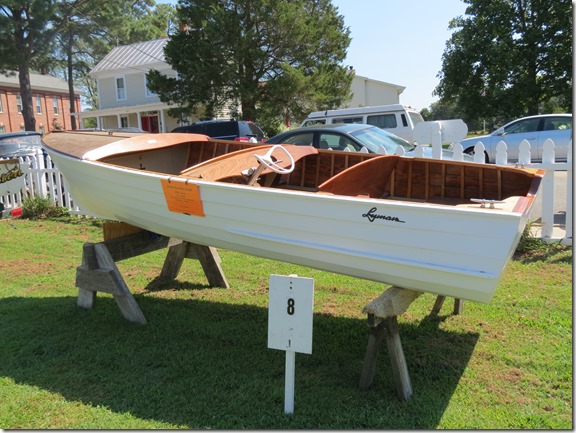 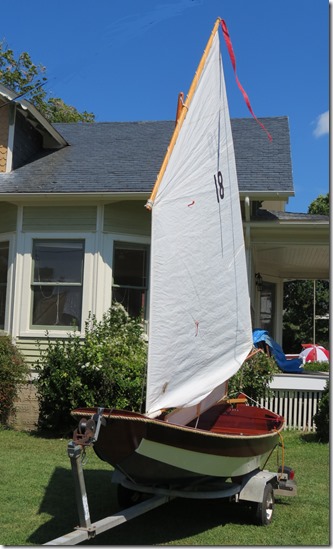 This Sunnybank reminded me of the old Humphrey Bogart movie African Queen. 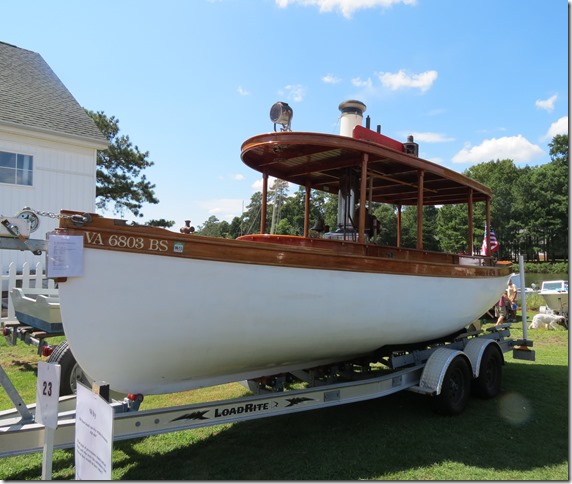 Now here is a boat I’ve lusted after for as long as I can remember, a beautiful 1952 Chris Craft Riviera. To old boat guys this is the equivalent of an early Corvette or Thunderbird, only much more rare. We didn’t want to climb up on the trailer, so the photos don’t do this amazing boat justice. 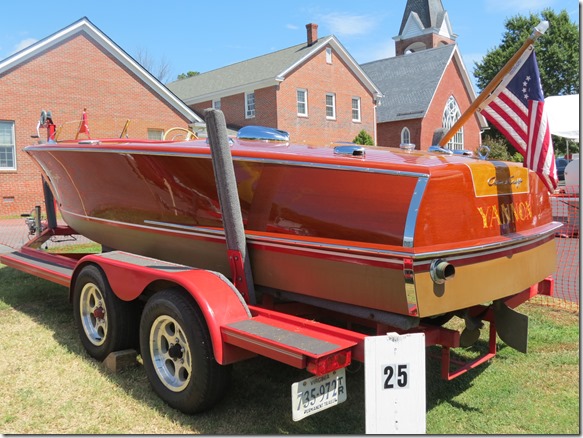 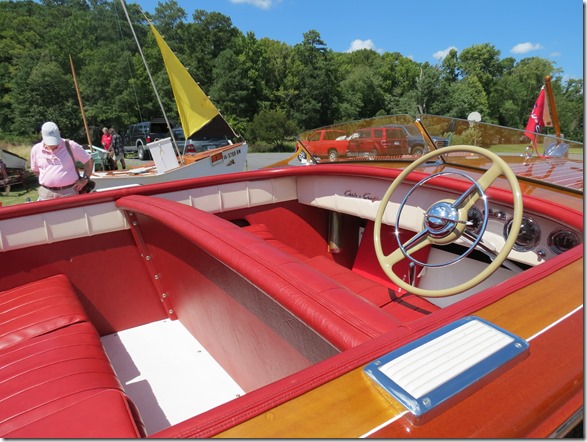 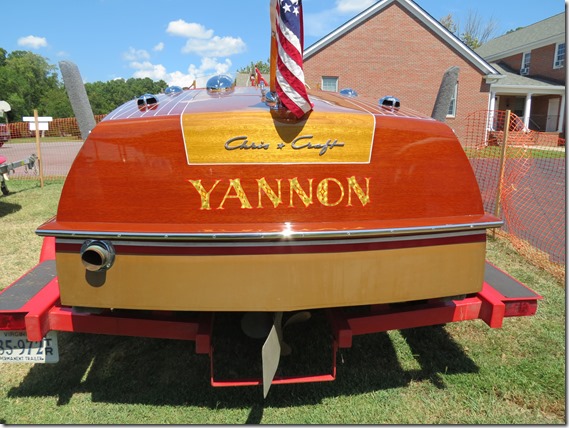 Here is another nice old Chris Craft in the water at the museum’s dock. 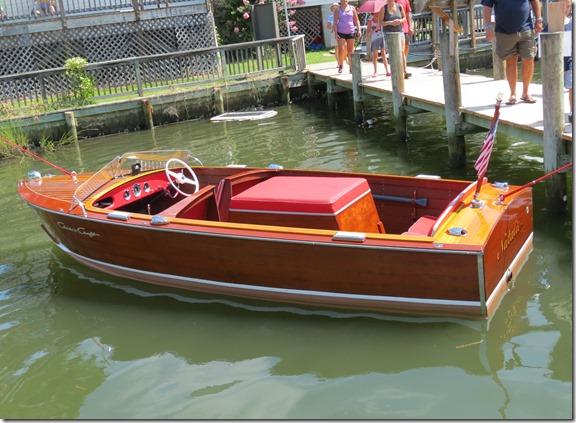 The museum was also giving free rides on the Elva C., a 55 foot long deck boat built in 1922. While primarily used for fishing, Chesapeake Bay deck boats were also used to haul freight in the offseason and as “buy boats” which went out to oyster tongers on the water and purchased their catch for resale to shucking houses on shore. We would have liked to have taken a ride but there was a two hour wait and by then the heat was starting to get to both of us so we decided to head back to the campground and our Winnebago’s ice cold air conditioner. We’ll have a feature story on the Fishermen’s Museum in an upcoming issue of the Gypsy Journal. 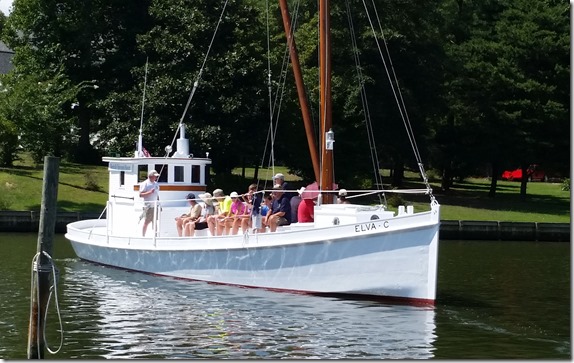 Today it’s back to the old grindstone, or keyboard, in my case. I want to try to knock out another 1,500 to 2,000 words in my next Big Lake mystery. This afternoon we are having dinner with Ken Rossignol, the author of some great historical books, including Titanic 1912, The Privateer Clause

, and Pirate Trials: Dastardly Deeds & Last Words, to name just a few of his many titles. Ken is also a popular public speaker and lectures on cruise ships, talking about maritime history. And to top it all off, he’s a longtime small newspaperman like me! We’ve been exchanging e-mail for years and I’m really looking forward to finally meeting in person.

Today is your last chance to enter this week’s Free Drawing for an audiobook of Big Lake Lynching, the second book in my Big Lake mystery series. To enter, all you have to do is click on the Free Drawing link or the tab at the top of this page and enter your name in the comments section at the bottom of that page (not this one). Only one entry per person per drawing please, and you must enter with your real name. To prevent spam or multiple entries, the names of cartoon or movie characters are not allowed. The winner will be drawn this evening. 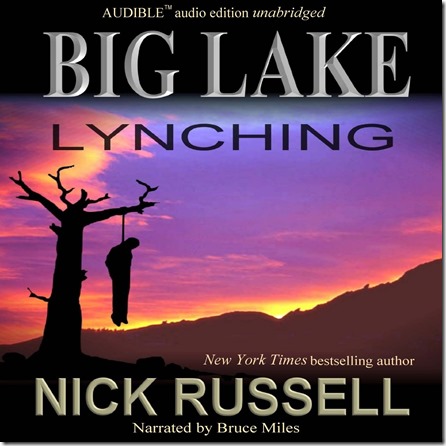 Thought For The Day – The ladder of success is best climbed by stepping on the rungs of opportunity.