I had an aunt who used to always tell me, “If you don’t ask, you don’t get.” It was probably some of the best advice I’ve ever received and I’ve found it to be true more often than not. Even, when I’m not really serious when I ask.

Years ago we were at the Escapee’s North Ranch co-op park near Congress, Arizona and one Sunday afternoon I noticed a woman parked across from us was washing the windshield of her motorhome. I didn’t know her, but I’ve never met a stranger, so I asked her what she was doing. She said she was cleaning her windshield and I told her, “Bulls#$t, go make me cheesecake.” We had a laugh over it, chatted for a moment or two and went about our business. An hour or so later there was a knock on our door and it was the same lady, bringing me a plate of miniature cheesecakes.

On our way home from Richmond Saturday we stopped at Red Lobster for dinner, and as we were walking to the door I noticed an older couple getting out of their car and the woman was carrying a birthday cake. “You brought me cake,” I joked, “How sweet of you!” She laughed and said it was for her grandson and I asked her if he was going to share. The grandson and his wife were on a bench waiting for them and as we passed I told him I wanted cake too, which made him laugh. Terry and I had a nice dinner, and just as we were finishing the same young man brought a big slice of cake to our table! Hey, if you don’t ask, you don’t get. 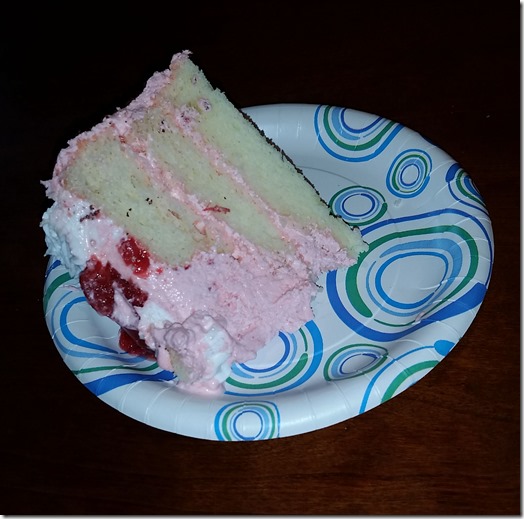 Did I mention asking for pizza? Yes, Miss Terry made me one of her awesome white pizzas last night.

Having two bathrooms in a motorhome seems to be popular these days, and I guess if you really need to go it could come in handy, though it usually means you need a 42-foot coach to make it work. Or maybe you could have one of these installed instead. What do you think? 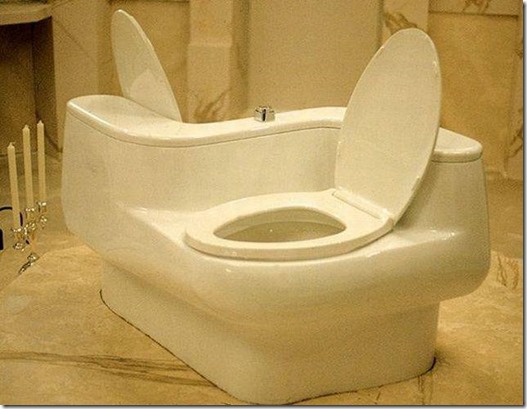 Congratulations to Dee Walter, this week’s winner of the Gypsy Journal drawing for an autographed copy of The Dumb Things Sold…Just like that by Al Hesselbart. We had 236 entries in this week’s drawing, and stay tuned, because a new contest starts soon!

I’ve got a couple of book deals to tell you about today. If you enjoy romance stories, my friend Mona Ingram’s novella Between a Jock and a Hard Place is free on Amazon, as well as on iTunes, Nook and Kobo.

And Jess Allison just released Shapeshifter Prophecy, book two in the Cancordian Adventure series for those who like sci fi/fantasy. And folks, when you read a book I recommend here, please consider leaving a review. It really helps the author a lot.

Thought For The Day – Opportunity is often difficult to recognize; we usually expect it to beckon us with beepers and billboards.