Years ago we met a couple who had been fulltiming for a year and were going to get off the road because they had seen everything there was to see in the entire country. And that included a trip to Alaska! The husband said they left Seattle June 1st and were back July 4th. “The trip just about tore our motorhome and toad to pieces, and we never saw an animal all the way up and back,” he told me. I imagine not! It’s hard to see much when you’re bouncing over frost heaves at 65 miles per hour!

I guess my traveling style is a lot different than theirs. I couldn’t see all of New Jersey in a year, let alone the whole country. There is just too much waiting to be discovered tucked away on the back roads and small towns from coast to coast.

We found one such hidden gem yesterday in the small Rappahannock River town of Port Royal, Virginia. Not much more than a crossroads at the junction of U.S. Highways 17 and 301, at one time Port Royal was a major shipping port, and it played a role in a dark moment in our history.

On the run from the Union Army after assassinating President Abraham Lincoln at Ford’s Theater in Washington, John Wilkes Booth and four co-conspirators crossed the river here and stopped at the home of Randolph Peyton, in its time the finest home in Port Royal. Peyton was away on business and the group told his sister, Sarah Jane Peyton, that Booth was a wounded Confederate soldier. 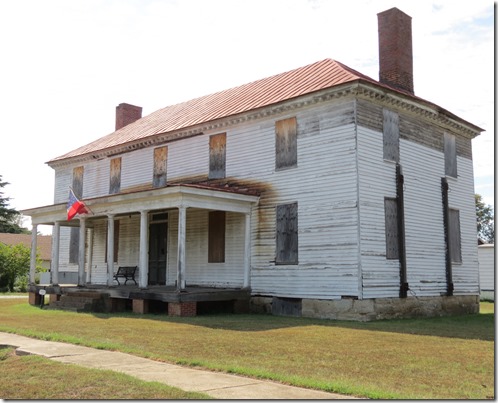 She became suspicious and ordered them to leave, so they went on another two or three miles to the farm of Richard Garrett. It was there that a posse of Federal soldiers caught up with them and found the assassin hiding in a tobacco barn. After Booth refused to surrender, the soldiers set the barn on fire and shot him when he tried to escape. He was carried to the porch of the Garrett house, where he died. Today the old farm is gone and the land is part of the Army’s Fort A.P. Hill. Historical markers on the highway note the location where the action took place. 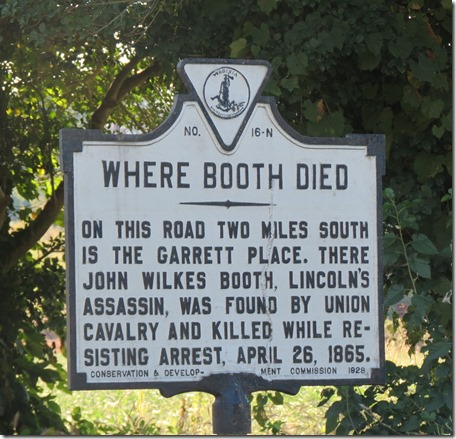 We poked around the little town for a while and then drove south about 30 miles to Tappahannock, another Rappahannock River town that has fared much better over the years. Reader Marty Leake had recommended we try Lowery’s Seafood Restaurant, and I’m glad we did because it was excellent! We both had seafood platters that included haddock, shrimp, oysters, crab cakes and scallops and neither of us could finish. This one definitely goes into our Favorite Restaurants book!

Be sure to enter this week’s Free Drawing for an autographed copy of John and Kathy Huggins’ excellent book, So, You Want to be a Workamper?

To enter, all you have to do is click on the Free Drawing link or the tab at the top of this page and enter your name in the comments section at the bottom of that page (not this one). Only one entry per person per drawing please, and you must enter with your real name. To prevent spam or multiple entries, the names of cartoon or movie characters are not allowed. The winner will be drawn Sunday evening. 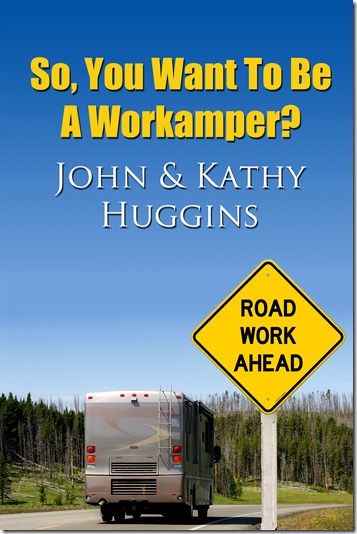 Thought For The Day – Fear doesn’t exist anywhere except in the mind. – Dale Carnegie