A hundred years ago when I was a young soldier I spent some time at the U.S. Military Academy at West Point, teaching cadets which end of a rifle to point at the target and how to make it go bang. So yesterday when we drove to Annapolis, Maryland to visit the Naval Academy it was sort of like venturing into enemy territory.

Established as the Naval School in 1845 with a class of 50 midshipmen and seven professors, the name was changed to the United States Naval Academy in 1850. As the U.S. Navy grew over the years, the Academy grew with it, from its original 10 acre campus to over 300, and the student body now numbers over 4,000 midshipmen. During their four years at the Academy, young men and women receive a superb college education as well as learning how to be officers in the United States Navy and Marine Corps. When they graduate they leave the Academy for assignments all over the world, taking with them not only a diploma but also a sense of responsibility and ethics that is ingrained in them from their very first day at Annapolis. 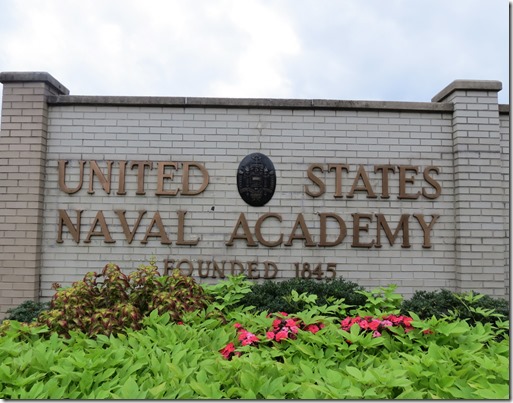 We parked right outside the gate and after passing through a security checkpoint, stopped at the Visitor Center for a brief orientation film. Then we walked down Officer’s Row, past the stately homes of the Academy’s senior officers to the Academy Chapel. 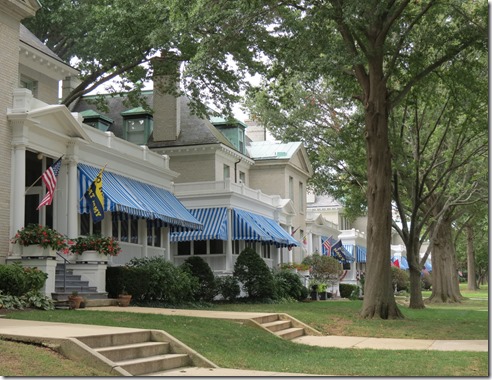 The historic Chapel with its landmark dome is beautiful both inside and out. 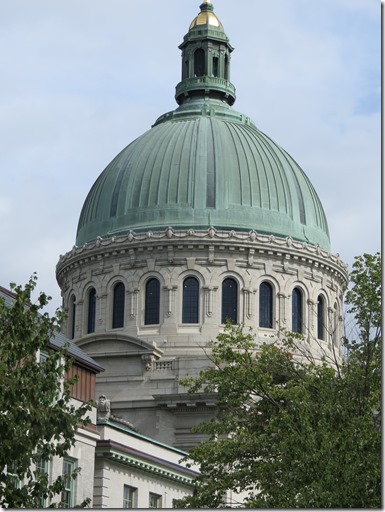 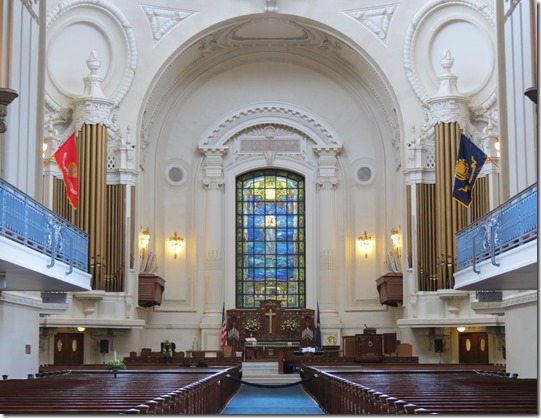 Here is a neat shot Terry took of the dome from the inside. 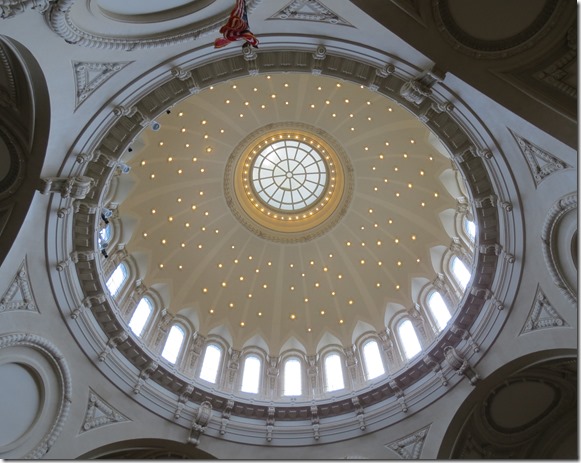 Revolutionary War naval hero John Paul Jones, whose words, “I have not yet begun to fight,” have inspired generations of military men, is laid to rest in a crypt located beneath the Academy Chapel. Displays in the crypt include his commissioning papers from the United States Congress, awards and decorations, and personal items. 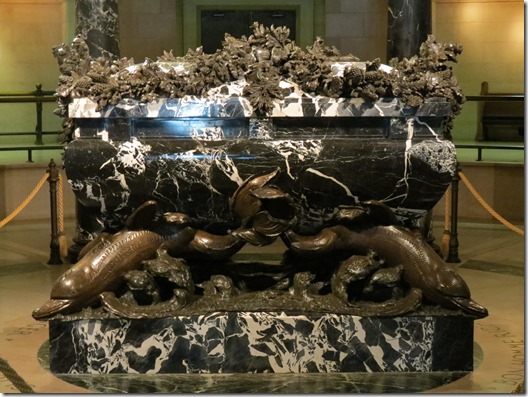 From the Chapel we walked almost across the street to Preble Hall, the U.S. Naval Academy Museum. It would take at least a long day to see everything in the museum, if not more. Displays include weapons, uniforms, and Naval artifacts throughout our country’s history. 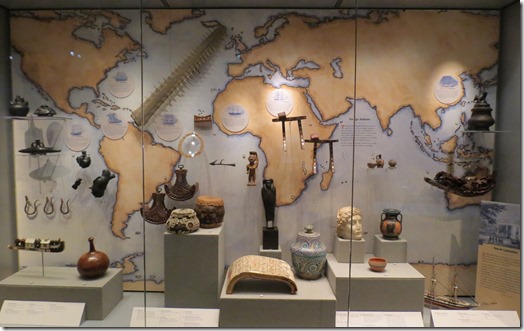 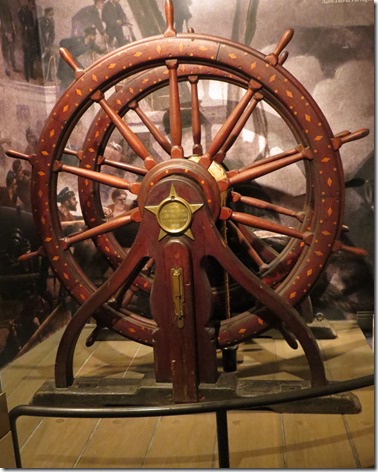 Commodore Oliver Hazard Perry carried this .54 caliber flintlock pistol at the Battle of Thames, in which famed Indian leader Tecumseh was killed. 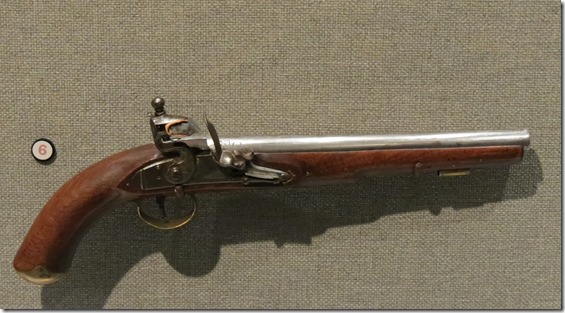 The top floor of the museum holds the amazing Henry Rogers model ship collection; over 100 highly detailed models of sailing ships and boats dating from 1650 to 1850. Many of the scale models were built for British Admiralty. The gallery depicts model makers of 150 years ago carefully creating their masterpieces. 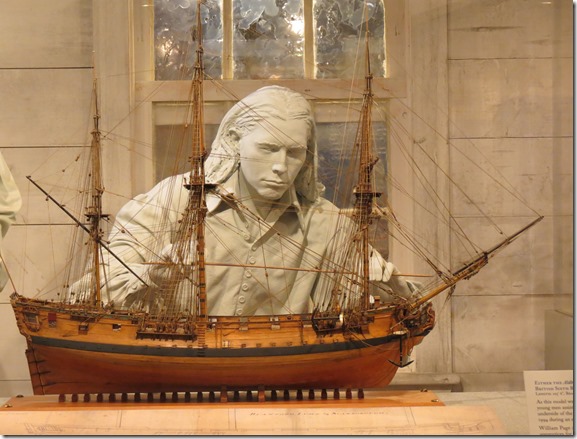 This makes three of the five service academies we have visited, the others being West Point and the Air Force Academy in Colorado, and I have to say that I still think that West Point, with its many monuments and gothic granite buildings overlooking the Hudson River, is the most impressive. But then again, I may be just a wee bit prejudiced.

It’s Wednesday, which means it’s time to start a new Free Drawing. This week’s prize is an autographed copy of John and Kathy Huggins’ excellent book, So, You Want to be a Workamper? To enter, all you have to do is click on the Free Drawing link or the tab at the top of this page and enter your name in the comments section at the bottom of that page (not this one). Only one entry per person per drawing please, and you must enter with your real name. To prevent spam or multiple entries, the names of cartoon or movie characters are not allowed. The winner will be drawn Sunday evening. 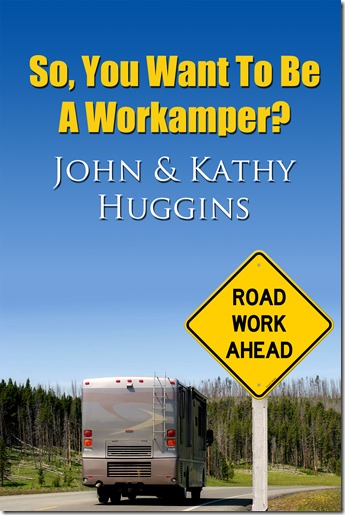 My friend Mona Ingram has just released No Such Thing, book two in her popular Gold Rush Romance series. The historical romance tells the story of a beautiful Chinese girl overcoming impossible odds to survive the chaotic Gold Rush days in San Francisco.

is a great young adult romance/mystery set in Japan that is going to be a sure hit. Check it out!

Thought For The Day – Curiosity is the wick in the candle of learning.