Nick's Blog » In The Land Of The Amish

I’ve had three different blog readers ask me if we have seen Lebanon Levi or any of his cohorts from the Amish Mafia television series, which is supposedly set in nearby Lancaster County, Pennsylvania. No, but I’ve never seen the Easter Bunny or Santa Claus either. This stupid “reality” series is about as far from being about the real life of the Amish people as I am from being Twiggy. In fact, on the local news out of Harrisburg, they reported that there is a movement underway by several Lancaster area religious groups to put a stop to what they call “Amish-sploitation” with shows like this and Breaking Amish. I hope they succeed.

Any RVer who has spent time in this area of Pennsylvania, around Goshen, Indiana, or parts of northeastern Ohio, is familiar with the sight of Amish buggies on the back roads and the plainly dressed Amish in stores and restaurants. Many of us enjoy an afternoon of driving the two lane roads through Amish country admiring their farms and stopping occasionally to purchase produce from their roadside stands. 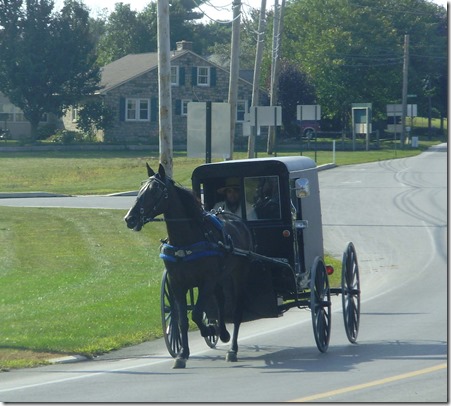 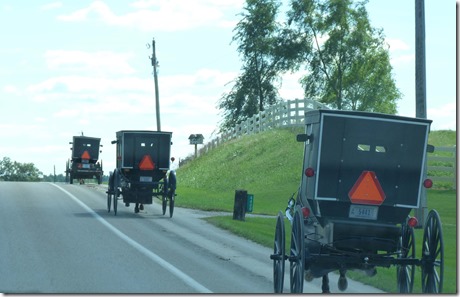 But there are a lot of things about the Amish that you probably don’t know. And while I’m no scholar of their religion and lifestyle, I thought I’d share some of the things I’ve learned over our years of traveling in and around Amish communities.

First of all, there are different communities of Amish, and some are more progressive than others. While the Old Order Amish adhere strictly to a life that shuns such modern distractions as electricity and telephones, we know Amish businessmen who use telephones, generators and other modern day technology. My friend Carlyle Lehman has a telephone and a shop equipped with power tools run off a generator at his Focal Wood Products in Nappanee, Indiana. We have also seen Amish “phone booths” at many farms around Shipshewana, Indiana.

The Amish Country News out of Lancaster County reports that many young Amish people have Facebook pages and stay in touch by texting. And it’s not just the youngsters; in a column in the June, 2014 issue, Brad Igou writes about having lunch with an Amish businessman who was receiving text messages from his son, who was deer hunting. 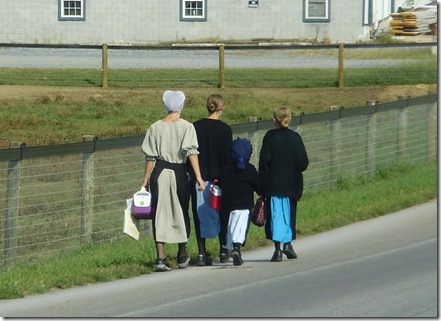 The Amish like guns, too. I sold a couple of .22 rifles to Amish men at a gun show in Shipshewana a few years ago, and I saw three or four others at the show buying 9mm handguns.

While their religion does not allow them to drive automobiles, the Amish will ride in a motor vehicle. In fact, they often hire buses or vans to take them on excursions out of their area.

Many people have heard of the Amish practice of shunning but really don’t know what it involves. As this article from Exploring Amish Country explains, contrary to popular belief, shunning does not mean that a person becomes an outcast never to be seen or acknowledged again. Shunning is a practice to remind the wayward of their sins and hopefully bring them back into line with their faith.

I have always been told that the Amish do not want their photos taken, but that doesn’t seem to apply when it comes to promoting their businesses or doing a positive story on their lifestyle. Amish Country News and other publications oriented toward tourism have lots of articles and ads with picture of Amish kids, business owners, and employees. 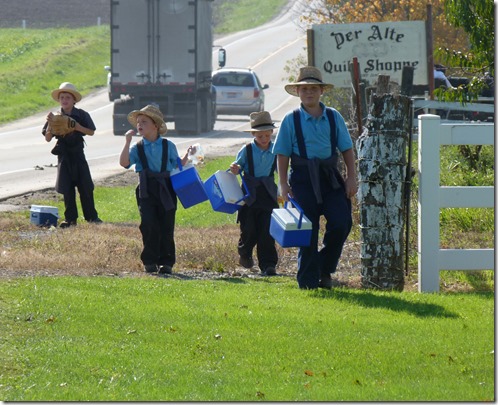 The Amish world is changing. While we think of them as pastoral people, a recent report says that fewer than half of all Lancaster County Amish make their living as farmers. 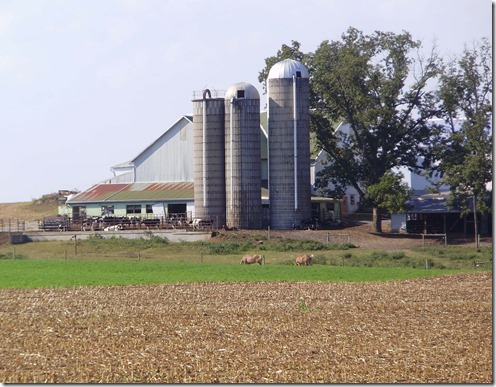 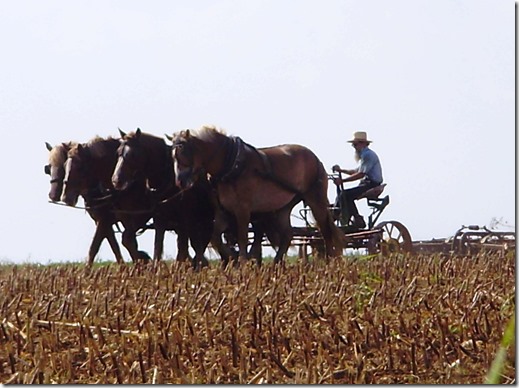 And finally, though we think of the Amish as a closed society, outsiders can and do occasionally join the Amish faith. It’s not easy, and it doesn’t happen overnight, but as this article in Amish Country News shows, it can be done.

Have you entered this week’s Free Drawing yet? This week’s prize is an audiobook of Maximum Security the third book in my friend Carol Ann Newsome’s excellent Dog Park mystery series. To enter, all you have to do is click on the Free Drawing link or on the Free Drawings tab at the top of this page and enter your name in the comments section at the bottom of that page (not this one). Only one entry per person per drawing please, and you must enter with your real name. To prevent spam or multiple entries, the names of cartoon or movie characters are not allowed. The winner will be drawn Sunday evening. 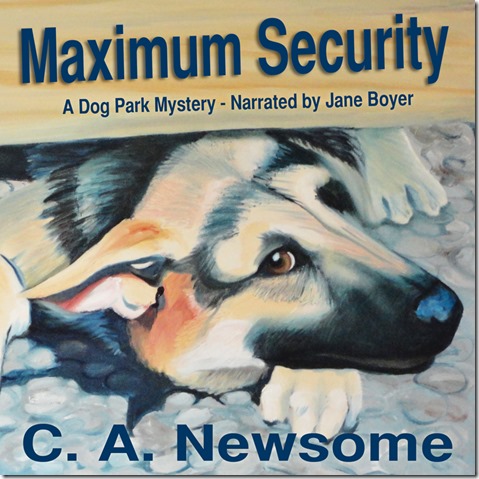 I have three other books to tell you about today. First of all, my friend Billy Kring’s new book, LA Woman, the second book in his Ronny Baca mystery series, just went live yesterday on Amazon. Check it out, Billy’s an excellent storyteller. Another good wordsmith is K.W. Jeter, whose excellent Real Dangerous Girl is currently free on Kindle, Nook, and Kobo.

And finally, many of my RVing readers know our pal Donna “Froggi” McNicol, but did you know she’s also an author with several books out? If you’re looking for something good to read, check out her Home Again, in which a single mom gets more than she bargains for when she moves back home to the boondocks of Kansas. It’s free on Amazon for the next couple of days.

Thought For The Day – God gave us shinbones so we can find coffee tables in the dark.

5 Responses to “In The Land Of The Amish”