When I wrote in yesterday’s blog that we planned to break up the 450 mile trip from the Wilmington, Ohio Thousand Trails to the Hershey, Pennsylvania Thousand Trails into two days and to stop somewhere along the way overnight, I really meant it. Honest, I did. But as it turns out, I lied.

After bittersweet hugs all around with Greg and Jan, and promises to keep in touch until we see them again in a few months, we left the campground and traveled northeast on Interstate 71 to the south side of Columbus, where we picked up Interstate 70 and followed it east across Ohio.

It was a nice day for driving and we made good time until we were about two miles from the West Virginia state lane, where the sky opened up and the rain came down in buckets. Visibility dropped to less than a quarter mile and cars were pulled off the highway onto the shoulder. If there would have been room to do so safely I would have done the same thing, but since there wasn’t, we kept on, driving about 45 miles per hour with our emergency flashers on. We crossed the Ohio River and almost immediately the rain stopped and we were rolling under blue sky.

It was only 15 miles across West Virginia and then we were in Pennsylvania. At New Stanton we got onto the Pennsylvania Turnpike and were pleased that except for a few short construction zones with narrow lanes, the road was in good condition and traffic was light. 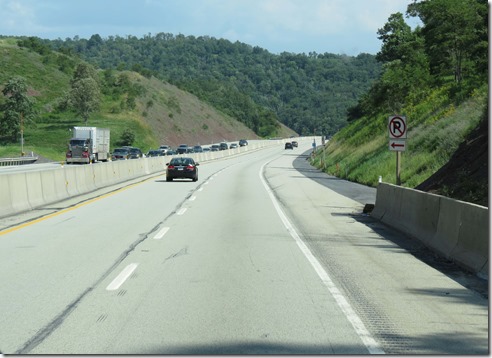 I didn’t even snivel about the occasional bridge. 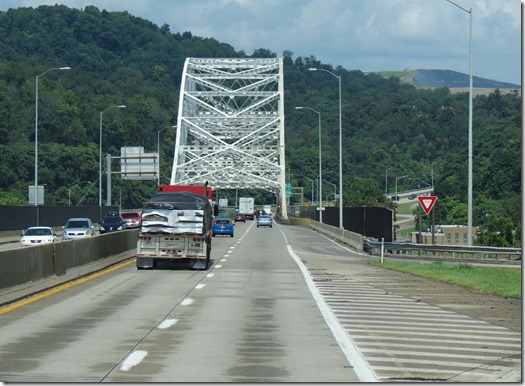 Pennsylvania is one of the prettiest states in the country and we love the scenery everywhere we go in the Keystone State. 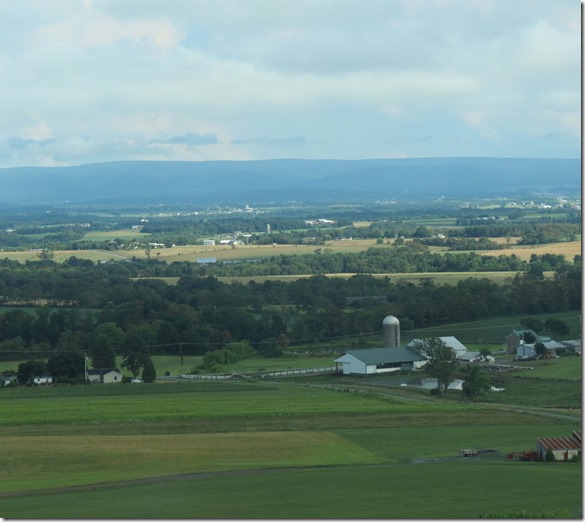 It looks like this old barn has seen better days. 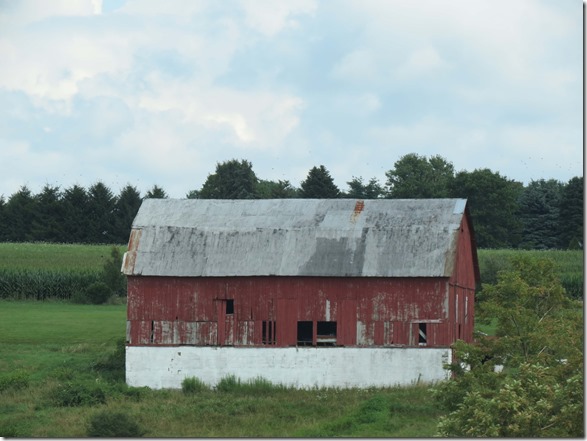 About 300 miles into our trip there was a service plaza that I had considered as a place for an overnight stop, but it was only 3 p.m. and neither one of us wanted to stop so we decided to keep on going.

There are several tunnels along the route that go straight through the mountains. I wish they’d put tunnels under rivers instead of bridges over them, like the tunnel between Detroit, Michigan and Windsor, Ontario in Canada. It would make my RV travels a lot less stressful. 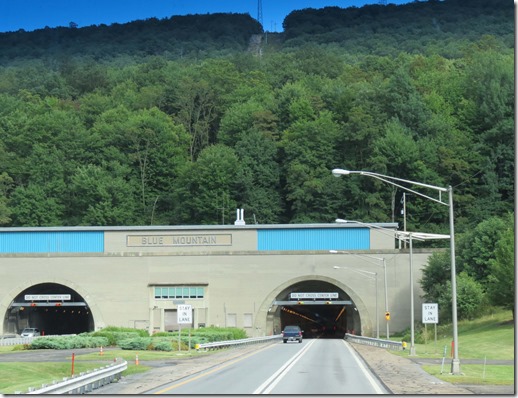 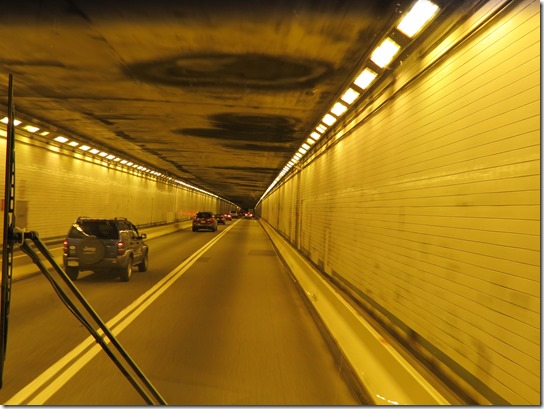 Except for the occasional rain shower, we were enjoying our trip and pretty soon we realized that we were only 75 miles from our destination and decided that there wasn’t any reason not to just go all the way. Terry called the campground and asked if we could arrive a day early and the ranger said sure. Well alright then.

We arrived about 6:30 p.m. and got a nice level back-in 50 amp full hookup site with a good view of the sky for our rooftop satellite dish. We had not eaten all day and once we were parked and hooked up food was the first order of business. Somebody had suggested Lin Garden, a small mom and pop Chinese restaurant about four miles from the campground, and we were delighted with the food and service. This is a place we’ll be going back to again while we’re here.

Today we plan to sleep in and then do absolutely nothing. And if that works out well, we may do it tomorrow too!

Congratulations to Paul Sansaver, this week’s winner of an audiobook of Big Lake Blizzard

, the fourth book in my Big Lake series. We had 149 entries in this week’s drawing. Stay tuned, a new contest starts soon.

Thought For The Day – Most of our assumptions have outlived their uselessness.