After being pretty much glued to my keyboard the last few days I needed a break so yesterday we drove back into Cincinnati for a visit to the National Underground Railroad Freedom Center, which is located downtown on the riverfront, just steps from Paul Brown Stadium, home to the Cincinnati Bengals, and the Great American Ball Park, home of the Cincinnati Reds.

But just as we did last week, first we had to get all turned around, crossed the Ohio River into Kentucky and then back across the river a second time, this time on the beautiful John A. Roebling suspension bridge, which was the longest suspension bridge in the world when it was opened in 1866. 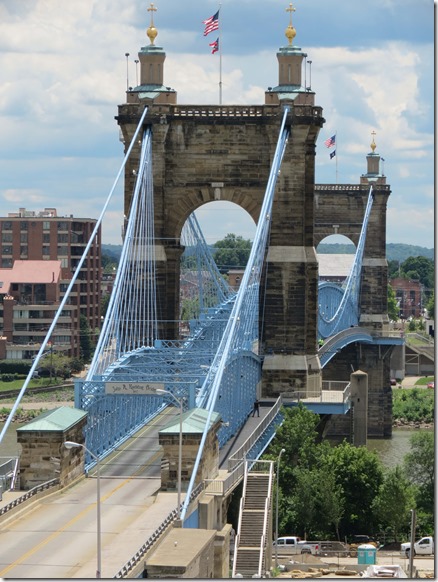 Back on the Ohio side of the river, Greg and I were still trying to figure out how to get to our destination when Miss Terry said, “Guys, it’s right there.” And sure enough, we were right in front of the place! 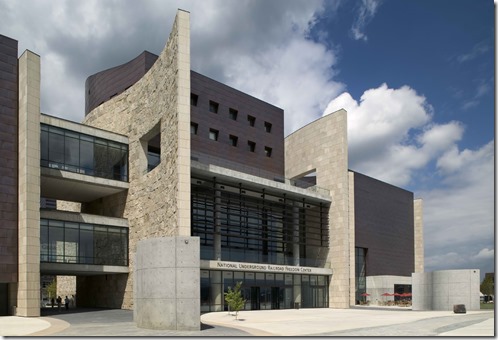 Dedicated to telling the stories of enslaved people worldwide throughout history, the museum is not a place for a quick pop-in visit, we were there nearly four hours and I’m sure we didn’t see everything there is to see.

The tour begins on the second floor, where these two massive quilts greet visitors. Each panel of the quilts tells a different part of the story and the struggle for freedom. 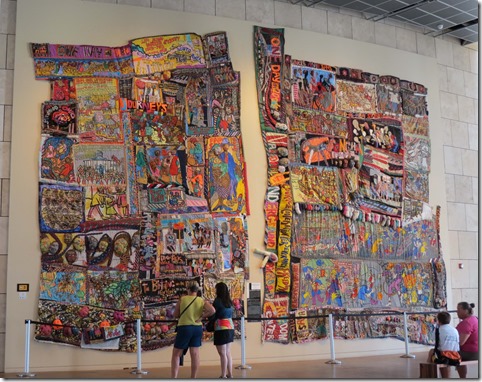 From there we ventured into this slave pen, which was built in the early 1800s and used as a holding pen by Kentucky slave trader Captain John W. Anderson to temporarily keep slaves being moved farther south for sale. The building was recovered from a farm in Mason County, Kentucky, less than 60 miles from the Freedom Center.

Inside the slave pen, chains and shackles are a blunt reminder of just how cruel slavery was. 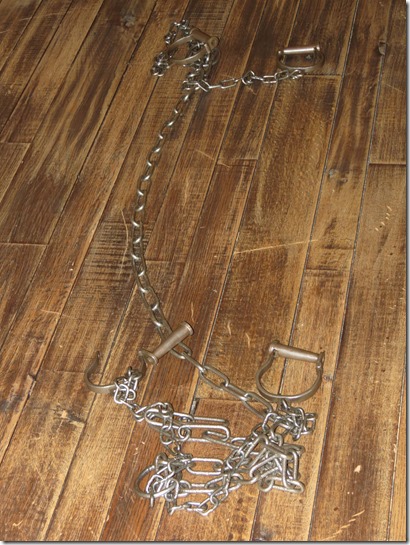 After watching a video on the Underground Railroad, which was in truth a series of secret hiding places stretched out over hundreds of miles, where abolitionists sympathetic to the plight of runaway slaves offered temporary refuge, food, and clothing to help fugitives survive until they could move further north. Sometimes that refuge was a hidden room inside a home, more often it was a cubbyhole secreted behind a bookcase or a pit in the dirt floor of a barn.

As we moved through the various galleries, we learned about the slave trade and how slave labor helped create a thriving economy in the South, where slaves harvested cotton, rice and tobacco on plantations from Virginia to Mississippi. 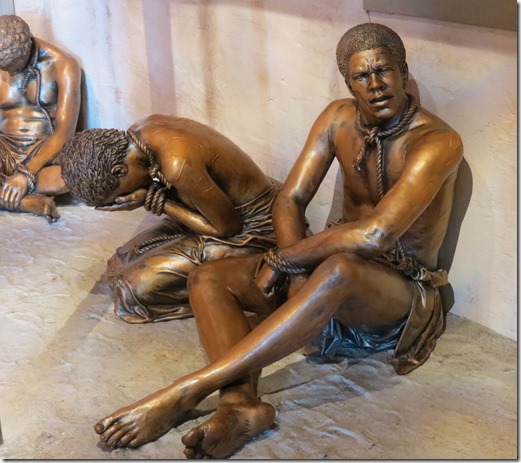 Freedom was the dream of every slave, and over the years thousands escaped and faced the dangers of swamps, determined slave hunters, exposure and starvation, all to live free. Many made it, but many others perished along the way or were recaptured and punished severely. 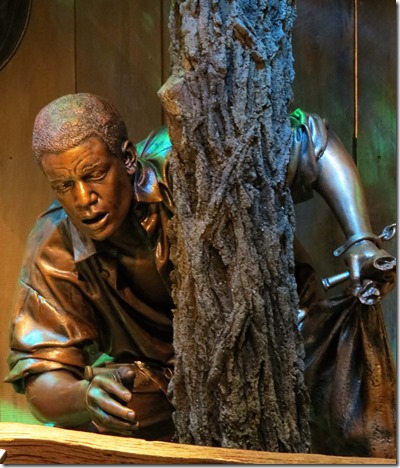 We like to think that slavery is a thing of the distant past, but as exhibits at the museum show, it is still a thriving business worldwide today, with millions of people around the world being exploited. They are forced to work in quarries, factories, and plantations from India to South America to the Middle East, as domestic servants in Saudi Arabia, England, and even right here in the United States. The sex trade is a profitable business worldwide, and girls and women and even boys are kidnapped or sold into sex slavery every day. The museum not only tells the story of modern day slaves, but also how each of us can help to combat it.

We came away from our visit to the Freedom Center subdued and reflecting on the evil that men can do, but also proud of the slaves who refused to live in shackles and the brave men and women who risked their own freedom and their very lives to help them escape bondage. I’ll have a feature store in an upcoming issue of the Gypsy Journal.

Don’t forget to enter this week’s Free Drawing for an autographed copy of Highway History And Back Road Mystery book, the original book in my Highway History series. All you have to do is click on the Free Drawing link and enter your name in the comments section at the bottom of that page (not this one). Only one entry per person per drawing please, and you must enter with your real name. To prevent spam or multiple entries, the names of cartoon or movie characters are not allowed. The winner will be drawn Sunday evening. 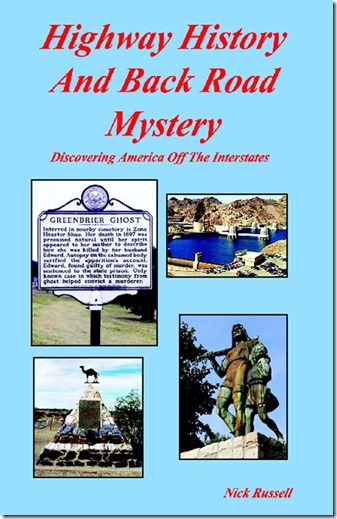 Thought For The Day – If there is one thing upon this earth that mankind loves and admires better than another, it is a brave man, it is the man who dares to look the devil in the face and tell him he is a devil. – James A. Garfield