For the last few days it sounded like we were living in a war zone as people were popping off fireworks all over the place at every hour of the day and night. There is a nice neighborhood across from Elkhart Campground that backs up to Simonton Lake and I think every man, woman and child who lives there must have been buying fireworks since sometime around Valentines Day. But that’s okay, I’d rather have them shooting off fireworks than guns. What goes up must come down and a bullet on its way down can be just as deadly as it plummets back to earth.

For quite a few years I had a hard time when Independence Day rolled around and there were so many fireworks going off, but over time I’ve gotten to where it doesn’t usually bother me anymore. Or maybe I’m just getting old and losing my hearing! But I’ll be glad when folks have expended the last of their ordnance.

We have used a folding aluminum platform step for years and we really like it, but over time the rubber feet had gotten torn up. So I contacted the manufacturer, Stromberg Carlson, up in Traverse City, Michigan and ordered a set of replacement feet. They arrived the other day, and yesterday I put them on. Now our step is good for a few more years. 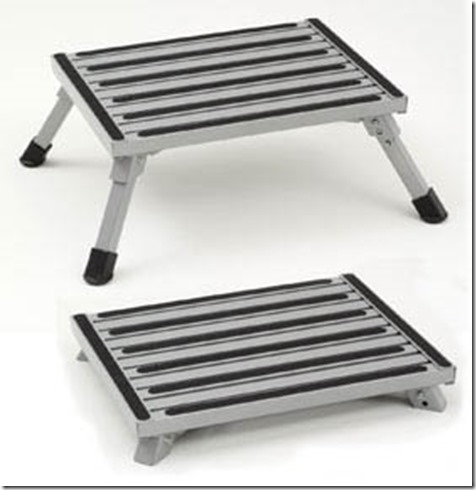 Soon after I finished that chore, Al Hesselbart showed up for a visit and we talked about everything from RV travel to fishing, to our plan to change our legal domicile to Florida. We probably won’t see Al again until we get down south this winter.

In yesterday’s blog, I told you that Terry was finishing up her latest weaving project, and here it is, a beautiful set of tea towels. The original plan was for four dark colored towels with the diamond pattern, but she had some weft left over on her loom after she ran out of the darker thread and finished it off all in pink. This was Terry’s most complicated pattern yet. I’m just amazed that she can take what is basically thread or string and create things like this. 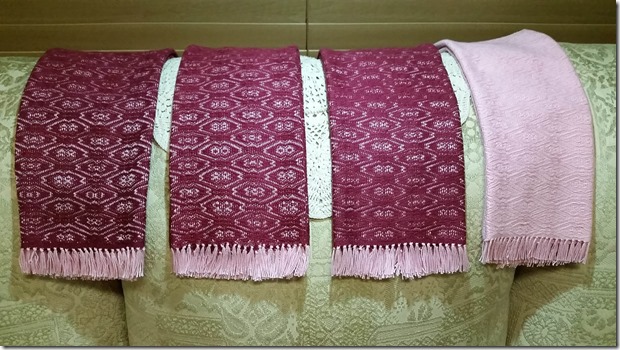 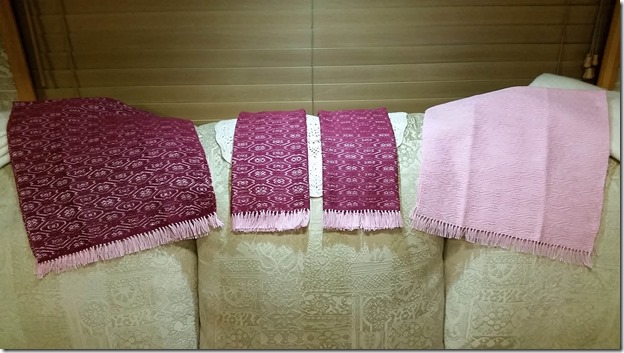 I spent most of the afternoon writing, getting about 2,500 more words done on my new Big Lake book, knocking off when Terry called me to the table for a delicious dinner of roast beef, mashed potatoes, gravy, peas, and asparagus spears.

Have you entered this week’s Free Drawing for an audiobook of Longnecks & Twisted Hearts, the third book in George Weir’s excellent Bill Travis mystery series, yet? I’m a big fan of everything George writes and I think you will be too, once you have a taste of his Texas tales. All you have to do is click on the Free Drawing link and enter your name in the comments section at the bottom of that page (not this one). Only one entry per person per drawing please, and you must enter with your real name. To prevent spam or multiple entries, the names of cartoon or movie characters are not allowed. The winner will be drawn Sunday evening. 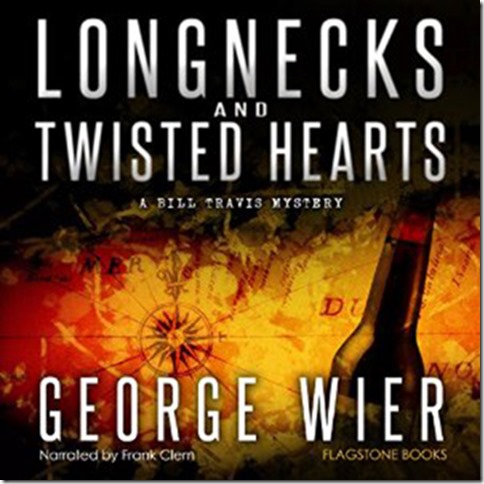 In honor of Independence day, my pal Randy Morris has one of his best books, Traveling the U.S.: East Coast History, on sale for just 99¢ today only on Amazon, which is a big savings over the regular price of $3.99. This photo-based tour includes over 125 pictures from historical locations on the east coast of the United States, with short background histories. Featured locations include the Capitol, the Washington Monument, the Lincoln Memorial, the White House, Arlington National Cemetery, Mount Vernon, Monticello, Jamestown (with excavation photos), Gettysburg, Independence Hall, the Liberty Bell, the Empire State Building, the Statue of Liberty, the 9/11 Memorial, and more.

And if you haven’t taken advantage of it yet, here’s a deal you can’t afford to miss, 9 More Killer Thrillers

. That’s right, nine full length mystery and thrillers by nine bestselling authors for just 99¢. How can you go wrong? 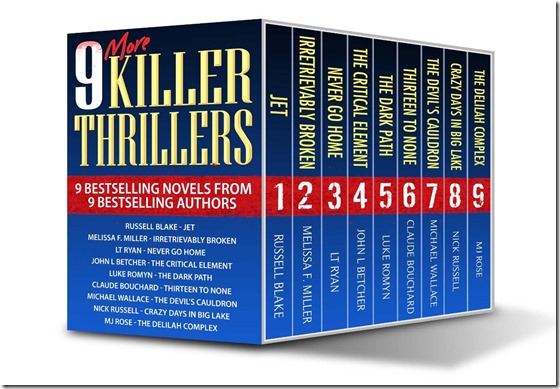 Thought For The Day – If God wanted me to touch my toes, he’d have put them on my knees.