Nick's Blog » A Change Of Scenery

The great thing about the RV lifestyle is that if you don’t like the neighbors or the neighborhood, you can leave. Or sometimes just because hitch itch sets in and you want a new view out your windows.

We love Elkhart Campground, but after a couple of months there we were ready for a change of scenery. So yesterday morning we hit the road. We had a pretty good trip south on U.S. Highway 31, a route we’ve taken many times over the years. But it’s been a while and we were pleased to see that most of the route is now divided four lane highway. 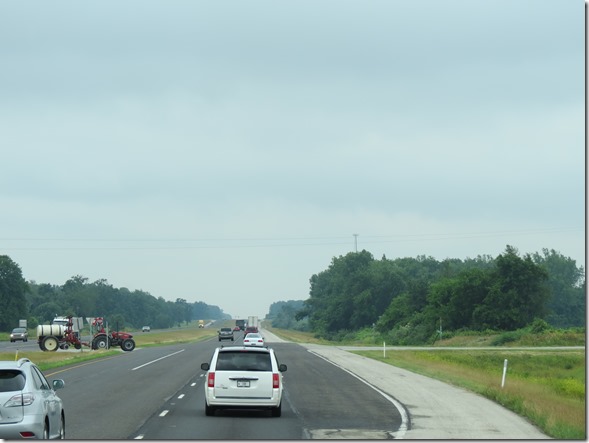 There was road construction in a couple of places, but overall it was a nice ride. It was overcast all day and the last 12 miles of the highway into Indianapolis was under construction, so that’s when it decided to rain. It came down pretty hard for a while, but once we were out of the construction zone it cleared right up. Go figure.

There sure is some pretty farmland in Indiana! 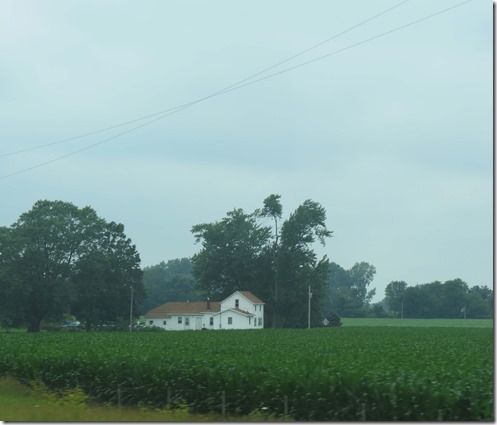 We got a 50 amp full hookup site, in fact it’s the same site we were in the only other time we’ve been here. The only problem is that the trees across from us have apparently gotten bigger in the last two years, because I can’t get much of a signal on my rooftop satellite TV dish. A few channels come in okay, others break up or not at all. I think if we back up a couple of feet we might have a better shot at the sky. I may give that a try today. 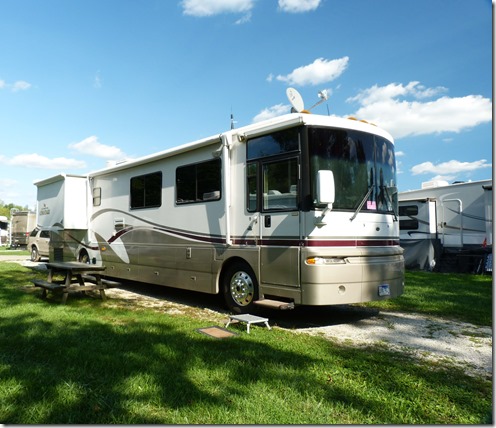 We’re pretty tired from the trip down and it’s supposed to rain today, so it’s a good day to stay home and write, nap, and maybe try to talk Miss Terry into making me a treat.

Since before we were fulltimers, we were members of the Escapees RV Club, and while we have joined other RV organizations in the past, Escapees is the one we’re stayed with all these years. The club is celebrating its 36th birthday this year and is giving a gift back to the RVing community. Between now and October 31st you can get an Annual Membership for just $29.95. Be sure to take advantage of this limited time offer while you can, it’s a heck of a deal.

Speaking of deals, here are some from my author friends. If you’re a history nut like me, be sure to check our Randall Morris’ article on Native Americans’ adjustment to life among Anglo society, Luther Standing Bear: Assimilation

. This article explores one of the great Indians of our time who successfully used the skills he learned at Carlisle to fight for the Indian way of life. His actions and arguments were ultimately responsible for the Indian New Deal and had a very heavy influence on the United States in the early 1900s.

Another free book is Miranda Stork’s Vigilante Of Shadows, the first book of her Scarlet Rain Series. The book was a semi-finalist in the suspense/horror genre in the Kindle Book Review’s 2013 Best Indie Book Awards competition.

And I haven’t forgotten you sci fi/fantasy fans. Check out The Fringe Worlds, Book One of The Human Chronicles Saga by T.R. Harris.

Thought For The Day – Remember that life is full of ups and downs, and without the downs the ups don’t mean anything.

One Response to “A Change Of Scenery”