It rained hard all of Tuesday night, sometimes just a light tapping on our motorhome’s roof and other times a downpour loud enough to wake the dead. When we woke up yesterday there were puddles of water everywhere around us, but the folks who had been parked next to us in a fifth wheel were gone. Terry said she heard them pulling out early in the morning during the worst of the downpour. There is no place I have to be that I would drive in that kind of stuff!

I spent most of the morning researching stories for the next couple of issues of the Gypsy Journal, and Miss Terry was busy giving her new Splendide washer/dryer combo a good workout. She tells me that it takes longer to do a load of laundry than the old unit did, but she thinks the end result is much better. Hey, she’s happy and I don’t have to go commando! That’s all that matters.

During the afternoon we took a ride to Mishawaka with Greg and Jan to look at residential refrigerators. As I said in a blog a few days ago, we are looking at replacing our Norcold with a house-style unit. We looked at quite a few and found a couple that might fill the bill. We do have to do some measuring and checking into what’s going to be involved in retrofitting the space the current refrigerator is in to make something else fit.

One of the places we stopped was Sears, where an eager beaver young salesman rushed up ready to help us. Terry explained to him what we’re looking for including a prime requirement that the new unit not have an icemaker and water filler in the door as so many do these days. So what did he do? Immediately start showing her units with those features built into the door. Terry told him several times she didn’t want that and he kept telling her “Well, you don’t have to use it.” Yeah, that’s good salesmanship! Ignore the customer’s needs and instead try to sell them what you want to move. I think that young feller has a future as an RV salesman.

For several years now I’ve been using a first generation 64 gig iPad. It’s been a good unit and is still in excellent condition, but it has some limitations. One of them is that it will no longer work with the Square credit card reader or the PayPal card reader. We make a lot of credit card sales at RV rallies, and while I could swipe them on my smart phone, my droid is obsolete too, and doesn’t work much of the time.

. So while we were at Best Buy looking at refrigerators I also took another look at them. Then I spent the next hour or so trying to talk myself out of it. I mean yeah, I’m Gadget Boy, but did I really need a new toy? I have a Kindle e-book reader and a Kindle Fire, the iPad, and a couple of computers. How much is too much? We went to dinner at Famous Dave’s barbecue and I was vacillating back and forth until Greg and Terry get tired of listening to me and said, “Just buy the damn thing!” I said I didn’t need a new toy and Terry said it’s not a toy, it’s a tool. Well alright then, if you insist. 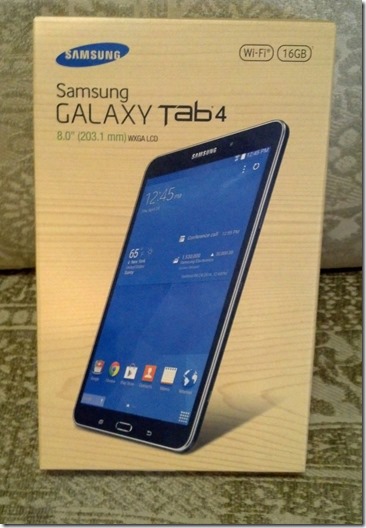 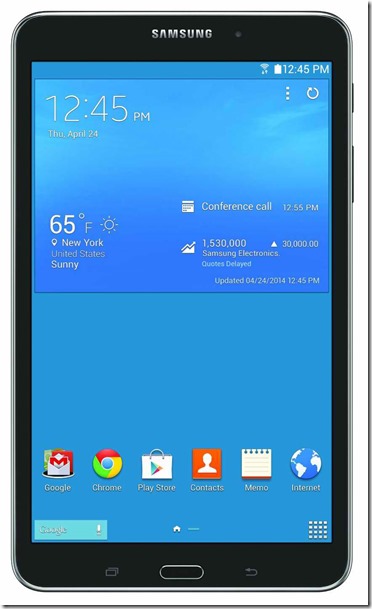 Back home I took the Tab 4 out of the box and had to laugh. It comes with a tiny little instruction book that is maybe a dozen pages, and a thick book of health and safety warnings to make the bean counters at the corporate office happy. I agree with Shakespeare, “First, let’s kill all the lawyers.” 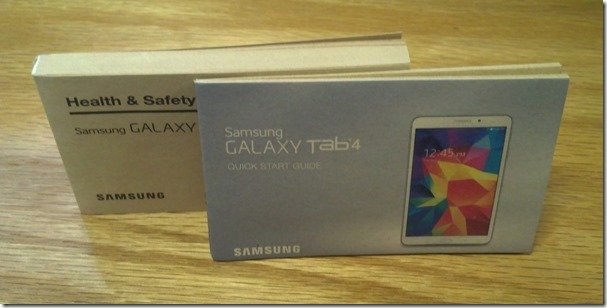 The actual owners manual is online and I downloaded it, then I stared at the thing, pushed a button here and pushed a button there, and called Greg. I mean, why have a technical genius parked right next door if you don’t exploit him now and then? Greg spent a couple of hours getting most of it set up for me and I think I’m really going to like it, even if it’s not a toy. If anybody is interested in a first generation iPad with a battery charger and a nice Marware case, get in touch with me.

When we got back to the campground I stopped at the office, where a box of Terry’s cookbooks, Miss Terry’s Kitchen, were waiting for us. I greatly miscalculated how many we were going to need at the Escapade and we sold out by the morning of the second day. Terry still had a lot of people who wanted autographed copies, so she spent most of the evening signing books and getting them ready to send out today. If you would like an autographed copy, you can send a check for $18.45 to Terry Russell, 1400 Colorado St. C-16, Boulder City, Nevada 89005 or log onto www.PayPal.com and make payment to editor@GypsyJournal.net. 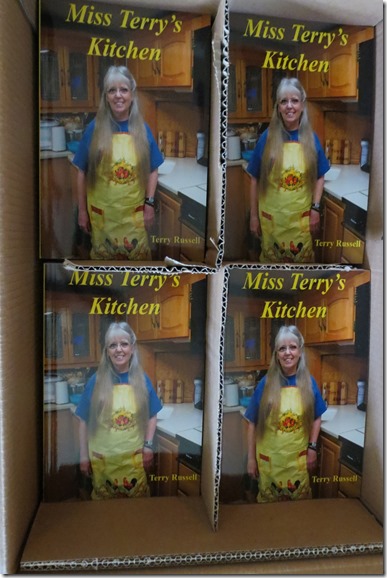 Congratulations to John and Kathy Huggins, whose Living the RV Dream Facebook page topped 10,000 members yesterday! That makes it one of the largest pages on Facebook that I know of. I help John out with the page now and then, mostly finding and deleting spam posts, and I try to answer questions for the newbies on there who are learning about the RV lifestyle. One question yesterday was, “How can I get organized? It seems like I have stuff stashed here and there in boxes, but I can never find anything.” I pointed them to Brenda Speidel’s excellent little guide, 50 Ideas To Help Keep Your RV Organized, Clean, and Decluttered. Brenda and her hubby Ron taught a class on just that at some of our Gypsy Journal rallies and her guide is chock-full of tips to make your life easier on the road. 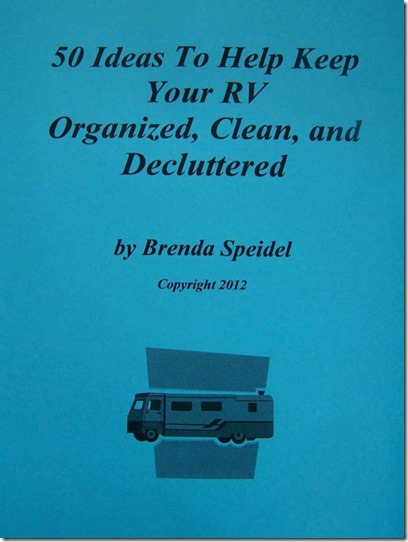 Don’t forget to enter this week’s Free Drawing. This week’s prize is courtesy of John and Kathy Huggins of Living the RV Dream; an autographed copy of So, You Want to be a Workamper? If you’ve even considered working on the road, you need to read this book. It’s filled with valuable information every workamper needs to know. All you have to do is click on the Free Drawing link and enter your name in the comments section at the bottom of that page (not this one). Only one entry per person per drawing please, and you must enter with your real name. To prevent spam or multiple entries, the names of cartoon or movie characters are not allowed. The winner will be drawn Sunday evening. 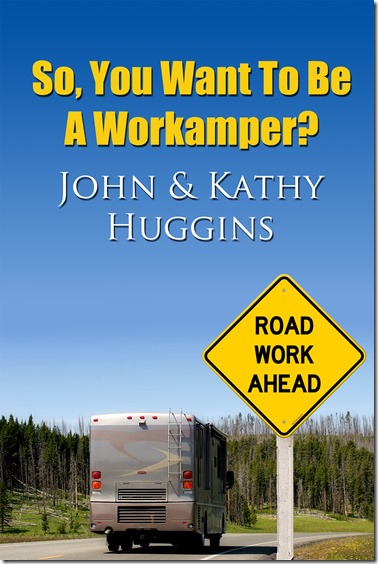 Thought For The Day – My daily exercise regime consists of doing diddly-squats.