Nick's Blog » A Geek And A Geezer

Thanks to those who sent messages hoping Miss Terry was feeling better. Yes, whatever bug was picking on her passed and she woke up feeling much better yesterday morning.

When I checked my morning e-mail I had one from Chris Guld, the better looking and smarter half of Geeks on Tour, suggesting she come by for a visit. Chris said her hubby Jim was at Master Tech RV Service getting some work done on their motorhome’s slide room and she wanted to get together and see if she could give me some tips on my new Samsung S5 phone, since she has one too. Anytime a pretty lady wants to come see me I’m happy, and when they want to teach me things that make my life easier, I’m thrilled. 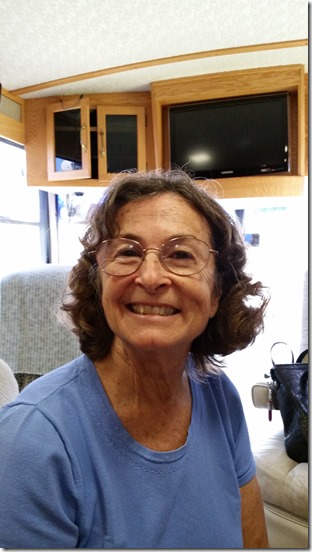 I’ve only had the phone for a couple of days, but so far I’m really impressed with it. It’s fast, the sound quality is very good, and it has more handy gadgets and gizmos than a Swiss Army knife.

Among other things I like is the 16 megapixel camera, which takes incredible pictures. One thing Chris showed me was the camera’s panoramic feature that allows you to take pictures that cover a wide area. Here is one I took of Chris at my desk and panned all the way to our bookshelf.

Thanks for all your help, Chris. I think I even remember some of it. If not, I know who to call, right?

Miss Terry doesn’t care about all this high tech stuff, she was just glad that Chris kept me out from underfoot while she baked up several loaves of her whole wheat oatmeal flax bread. I think one of the reasons Greg White puts up with me is that Terry always shares her creations, and she took a loaf over to him and Jan, and another down to our friends Dick and Phyllis Schell. 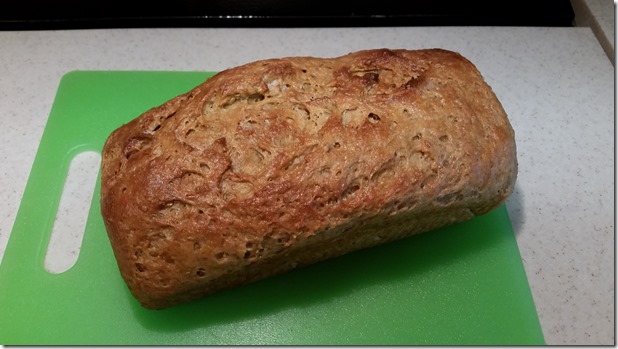 I guess the smell of that delicious fresh bread baking made it all the way over to the RV Museum because a while after Chris left my favorite geezer, Al Hesselbart, showed up. Al loves Terry’s bread and she tries to make sure he gets a couple of loaves every time we’re in the same area. 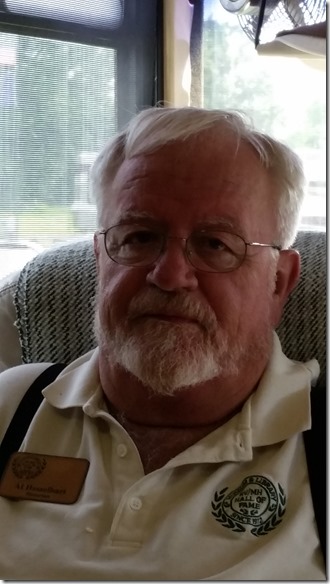 We visited for a couple of hours and then Terry made spaghetti for dinner and asked Al to join us. I think he liked the pasta as much as the bread, and we enjoyed his company.

Today we plan to make a trip south to Peru with Greg and Jan but we won’t need any passports and we won’t be getting violated by any TSA security people. Peru is a small town about halfway between Elkhart and Indianapolis and Jan lived there for a while when she was a little girl and wants to go back and see it from an adult perspective. Peru is also home to a couple of interesting museums we might check out if we have time.

I always like to share some of my author friends’ work with my blog readers and today I have a couple of good deals for you. Coulson’s Wife is the first book in Anna J. McIntyre’s Coulson series, a family saga with romance, mystery and murder that begins in 1900 and continues to the present. It’s currently free on Amazon.

Science fiction fans will be happy to know that John Daulton has just released Alien Arrivals, the fourth book in his Galactic Mage series. John also has the first book in the series on sale for just 99¢, which is a heck of a deal.

Thought For The Day – Do not take my silence for defeat. I have just decided not to encourage your stupidity any longer.

8 Responses to “A Geek And A Geezer”