Whatever the bug is that is going around hits you hard and lays you low for about 36 hours and then you start feeling almost human again. And not a minute too soon! I’m sure glad that’s over.

Apparently we weren’t the only ones suffering from the crud. Blog reader Denise Gray e-mailed me to say that they are at the Alfa National Rally in Casa Grande and a lot of people there were sick. Denise said it was so bad that several people were taken to the hospital to be treated for dehydration.

After not doing much during the morning, yesterday afternoon we drove into Show Low for Terry to get her teeth cleaned, and while we were chatting with the office manager, who is a friend of my daughter, she told us that her in-laws are getting ready to go RVing. So, of course, I gave her a copy of the Gypsy Journal to pass on to them. I never miss the opportunity for a bit of shameless self-promotion.

When we were done at the dentist’s office we stopped to visit some friends who live right down the road for a while and then drove back to Tiffany’s house. Son-in-law Scott is out of town on business for a couple of days so I was left to deal with five women on my own. Do you have any idea how much combined energy three little girls have? Let’s just say that Grandpa Nick got pretty spoiled, and more than a little tuckered out, too.

We had a bit of excitement just before twilight when I was walking from the house to the motorhome and heard a strange yowling noise. I went to investigate and saw the kid’s cat standing on the roof of Scott’s pickup truck and a coyote trying to figure out how to get to it. The critter saw me and took off running, but I told Tiffany to keep a close eye on the cat and dogs so they don’t disappear. There is a big difference between living in town and living on ten acres out in the boonies.

In yesterday’s blog I mentioned that Terry’s cookbook was out in print now, and here is the link to order it from Amazon. And thank you to everybody who shared a link to the book on Facebook. It’s currently ranked #63 in the top 100 in its category on Amazon. Terry was happy when the e-book version came out a few weeks ago, but I think holding the physical book in her hands made it real for her. 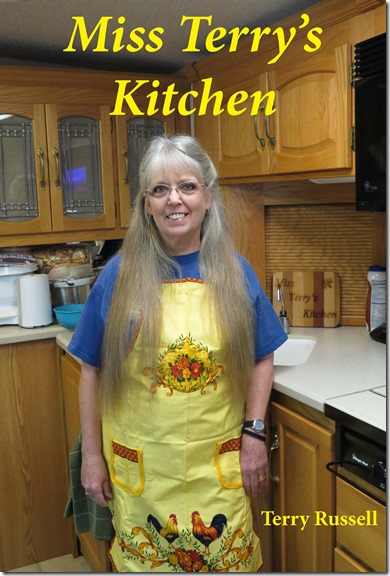 Have you entered this week’s Free Drawing yet? This week’s prize is an audiobook version of Birdsongs

by my friend Jason Deas. It’s the first book in Jason’s excellent Benny James mystery series, a fast-paced tale centered on former FBI agent Benny James, who hoped to retire to a slower paced lifestyle on a houseboat but finds himself drawn into a murder investigation. All you have to do is click on the Free Drawing link and enter your name in the comments section at the bottom of that page (not this one). Only one entry per person per drawing please, and you must enter with your real name. To prevent spam or multiple entries, the names of cartoon or movie characters are automatically deleted. The winner will be drawn Sunday evening. 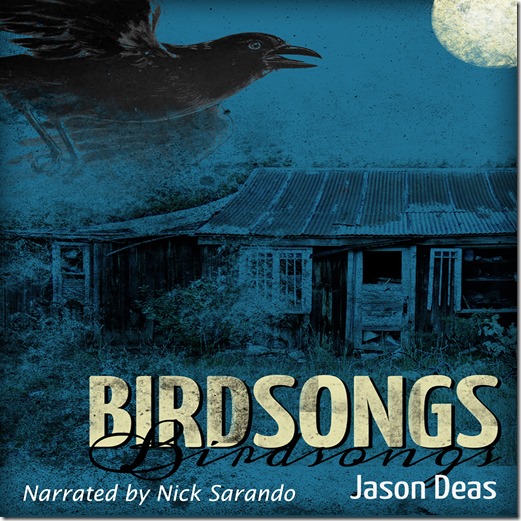 And speaking of books, I just finished an interesting one called In the President’s Secret Service: Behind the Scenes with Agents in the Line of Fire and the Presidents They Protect. It’s a fascinating look at the lives of First Families from the Kennedys to the Obamas that most people never see, and quite an eye opener. The book also tells how short-sighted management at the upper levels of the Secret Service endangers the people they are charged to protect and leads to high rates of agent turnover. Our tax dollars at work.

Thought For The Day – Never trust an atom. They make up everything.