Nick's Blog » We Had To Go Back

I want to start today’s blog by wishing my mother-in-law Bess a happy birthday. I’m sorry we can’t be there with you on your special day, Bess, but we’ll see you soon. In the meantime, we’re sending you lots of love and virtual hugs.

Sometimes when we are working we just seem to lose all track of time. Terry and I are both involved in projects that we are trying to get wrapped up and we worked later than usual Friday night. We didn’t get to bed until 3 a.m., which meant we slept in later than usual and didn’t wake up until 11:30 yesterday! Being night owls is one thing, but I think we’re taking it to extremes.

I spent part of the day doing more reviewing the audiobook of Big Lake Blizzard and sending needed corrections to the narrator. Then about 3:30 we left to go to Lin’s Grand Buffett for an early dinner. Yeah, we were just there a few days ago, but it was so good we had to go back. When we went there the first time the place seemed familiar, even though it’s new since our last time in Yuma. As it turns out, it’s part of a chain and we have eaten at their restaurant in Albuquerque several times.

But it wasn’t just the food that brought us back. We were meeting our friends Tom and Barbara Westerfield. We had not seen these two dear friends since we were at the kite festival in Long Beach, Washington back in August. Tom and Barbara always helped us at our western Gypsy Journal rallies, pitching in on every job from parking and registration to presenting seminars. They are avid geocachers and always fun to hang out with, and since Barbara is a techno-nerd I always learn something new from her.

After dinner we went back to their motorhome and visited for a while more, and Miss Terry got her kitty fix from their cat, Pansy. We’re hoping to get back together again while they are in the area.

Since we’re probably the only two people in the country who don’t have any interest in the Super Bowl, we’ll be back at the grindstone today, working away like always. I’m hoping to get some things finished in the next couple of days, before I have to start working on the next issue of the Gypsy Journal.

While we’re not into sports, we both always love a good laugh, and when we saw this You Tube video of a woman eating a habanero pepper, Terry and I laughed so hard we cried. If you need a funny way to start your day, check it out.

Today is your last chance to enter this week’s Free Drawing for an audiobook of Rift in the Races by my friend John Daulton. It’s the second book in John’s excellent Galactic Mage Series science fiction series. All you have to do is click on the Free Drawing link and enter your name in the comments section at the bottom of that page (not this one). Only one entry per person per drawing please, and you must enter with your real name. To prevent spam or multiple entries, the names of cartoon or movie characters are not allowed. The winner will be drawn this evening. 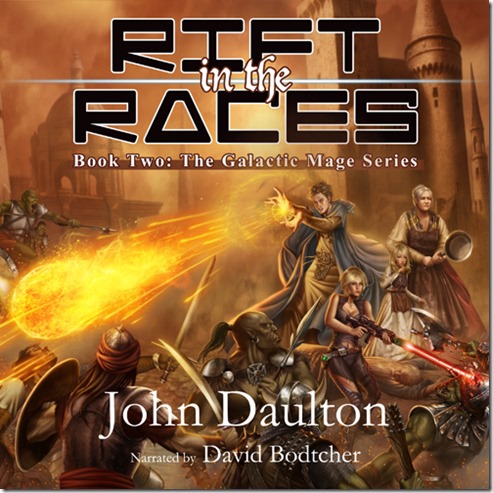 Lately I’ve been reading an excellent book called The Year We Disappeared: A Father – Daughter Memoir

. It is the story of John Busby, a Falmouth, Massachusetts policeman who was ambushed and suffered horrendous injuries, and how he and his family survived not only the attack and resulting physical and emotional aftereffects, but also the betrayal of the powers that be. Told through the eyes of John Busby and his daughter Cylin, who was nine years old at the time her father was shot, the story of this brave family will inspire you. Meanwhile, the tale of how some in the police department tried to cover up the crime, and how city government leaders were more worried about the huge medical bills and the cost of protecting the Busby family from another attack than the welfare of their wounded hero may enrage you. Eventually the family went into hiding, severing all ties to the only life they had known to create a new one.

And if you’re looking for a good science fiction/fantasy short story to read while the football fans in your life are glued to the boob tube today, my friend Corrie Fischer’s Mirror’s Edge is currently free on Amazon.

Thought For The Day – They say you should follow your dreams. So I went back to bed.

8 Responses to “We Had To Go Back”