More than one divorce lawyer representing different ex-wives of mine suggested in court that I might be unbalanced, and it looks like they may have been right after all!

We went back to the VA hospital yesterday so they could take the stitches out of my ear. There were a lot of deep tissue stitches holding the cartilage in place from the reconstruction and it took a while to get the job done.

When they were finished, Miss Terry noticed that my right ear is now about a half inch lower than the left. Yep, unbalanced! But Terry says it’s not all that bad, and if I tilt my head to the left she hardly notices it.

I was going make up a story about losing part of my ear in a sword fight, but my friend Bobbi Johnson Holmes, author of Havasu Palms, A Hostile Takeover, suggested I say it was bitten off in a fight in whorehouse. She said it will look better on my author bio on the back of my books. Hmmm… maybe a sword fight in a whorehouse?

The good news is that the docs said everything looks good in terms of getting all the cancer, and except for being on antibiotics for the next ten days for a suspected low grade infection, and a few stitches that will dissolve over time, we’re good to go. We have to be back here in early March, but until then we’re footloose and fancy free.

So today we’re headed for Yuma, if the wind cooperates. We’ll hang out on a friend’s lot in the Foothills for a while and maybe make a quick day trip up to Quartzsite. It’s about 245 miles from the Pima County Fairgrounds to Yuma so it should be an easy trip.

It’s Wednesday and that means its time to kick off a new Free Drawing. This week’s prize is an audiobook of Birdsongs

, by my friend Jason Deas. It’s the first book in Jason’s excellent Benny James mystery series, a fast-paced mystery centered on former FBI agent Benny James, who hoped to retire to a slower paced lifestyle on a houseboat but finds himself drawn into a murder investigation. All you have to do is click on the Free Drawing link and enter your name in the comments section at the bottom of that page (not this one). Only one entry per person per drawing please, and you must enter with your real name. To prevent spam or multiple entries, the names of cartoon or movie characters are not allowed. The winner will be drawn Sunday evening. 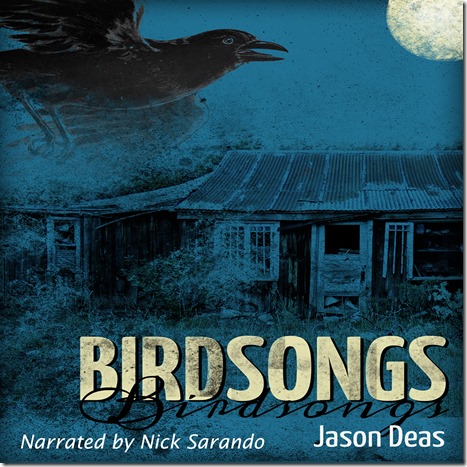 , which just came out on Amazon. It looks like another winner! And for fans of bestselling science fiction author Saxon Andrew, his new book Probe Predators, book four in his popular Star Chase series, was released yesterday on Amazon.

Thought For The Day – If you’re happy and you know it, thank your Ex.