Watching the news of the terrible winter storms and frigid temperatures that so much of the country is experiencing sure makes me grateful that we have wheels under our house and don’t have to deal with any of that. I almost felt guilty for wearing a long sleeve shirt when we went out yesterday, and for turning up the thermostat when the temperature dropped down to 45o here in Tucson last night. Almost, but not quite.

It’s been a while, but we are not strangers to cold weather. Terry and I have both lived in cold places like Maine and Minnesota in the past, and getting a foot or two of snow in our old hometown of Show Low, in the White Mountains of Arizona, was not uncommon. A lot of people are surprised to learn that it snows in Arizona, but it does. We lived just a short drive from Sunrise, one of the most popular ski resorts in the Southwest. This picture was taken last spring at Hon-Dah RV Park in the White Mountains, where Terry’s parents keep their RV. 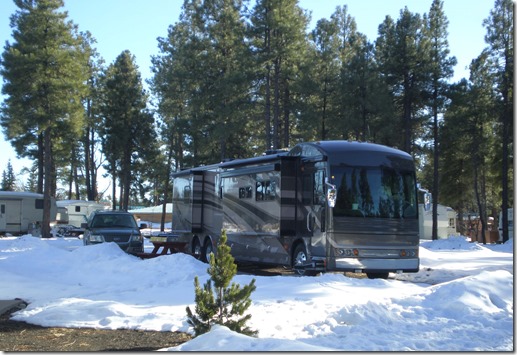 We’ve also experienced winter living in an RV and I don’t recommend it. This is my cousin’s driveway in Traverse City, Michigan where we were parked while Terry was being treated for cancer. 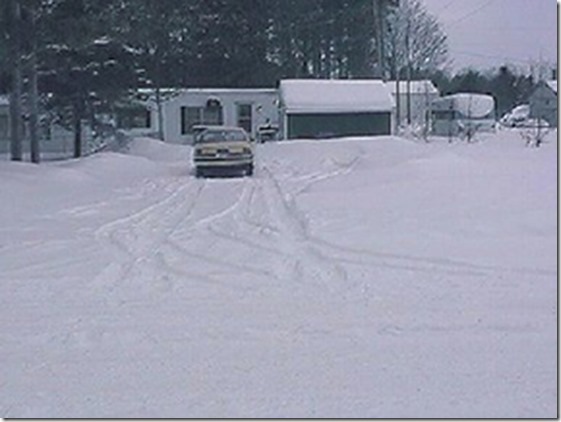 We had close to thirty inches on the ground when the doctor finally released Terry and we could escape. In those days we had our Pace Arrow Vision, which came to be known as the Motorhome From Hell, and I think most of the time it was almost as cold inside that thing as it was outside. We quickly learned that the most inefficient thing ever invented was the typical RV furnace. If you don’t believe me, stand outside your RV with the furnace running and feel how much heat comes out of the vent.

When we built our MCI bus conversion, we spent a lot of time and effort insulating it far beyond what any production RV has, and also installed a Suburban furnace. We never used it, because soon afterward we discovered how much heat an Olympian Wave Catalytic Heater

puts out, and combined with our insulation job, we stayed toasty warm even when we found ourselves in single digit temperatures.

This is your last chance to enter this week’s Free Drawing for an audiobook version of Explanations and Advice for the Tech Illiterate by Randall Morris. This is a great guide to the commonly misunderstood elements of computers and home theater and explains things in a basic, understandable way without sounding too "techy." All you have to do is click on the Free Drawing link and enter your name in the comments section at the bottom of that page (not this one). The winner will be chosen this evening, and it could be you! 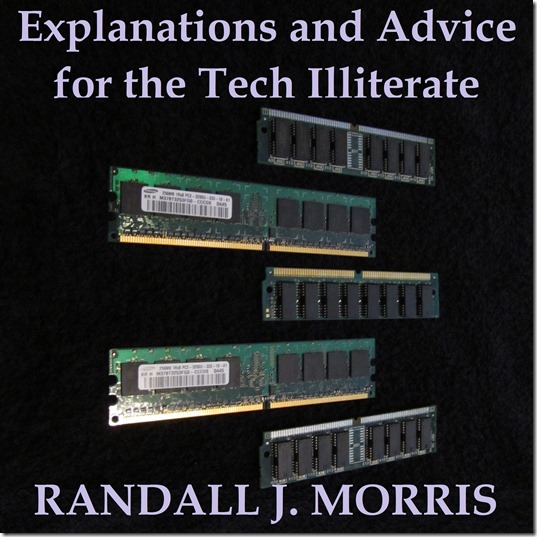 If you’re looking for a few good reads to tide you over while you’re stuck inside waiting for things to warm up, check out a charming little short story called Geek of Legend: The Elvish Screwdriver

. Picture a computer nerd fixing computers and technology in a world inhabited by goblins, dwarves, elves, trolls, and talking horses. And if the cold weather doesn’t give you enough chills, James Rozoff’s occult/horror book Perchance to Dream (The Amazing Morse)

just might do the trick, and it’s free on Amazon. My buddy George Weir, best known for his Bill Travis mystery series, has a 99¢ short story called The Woodsman, which he describes as “kinda horror-ish.” That’s not usually my thing, but knowing how much I like George’s work, I’m going to check it out.

Thought For The Day – What if there is no conspiracy and people really are that stupid?

2 Responses to “Baby, It’s Cold Outside!”