A storm system rolled in Saturday night, slamming the northern Oregon coast with high winds and pounding rain. At one point the weather service was reporting wind gusts of 45 miles per hour, and I wouldn’t have been surprised if some were even stronger. Our friends Dan and Jenny Sheppard left for Newport in the morning and we sure didn’t envy them traveling in that kind of weather. I was glad to log onto Facebook later and see that they had arrived at their destination safely.

It wasn’t a day to be outside, which was just as well, because I had a lot of work to keep me inside. After my morning routine of checking and replying to e-mail and approving comments to the RV blog and Bad Nick blog, and checking the news to see who we’re at war with this week, we pulled the Splendide washer/dryer combo out again and ran some tests that Greg White had suggested. We learned that it wasn’t the cheap fix I had hoped for, and that today I need to call Westlake Sales and talk to one of the techs there to decide what to do next.

, and sent it to me, so once we were finished with the Splendide I spent the rest of the day and evening making the changes she suggested and then formatting the book to get it uploaded to Amazon. 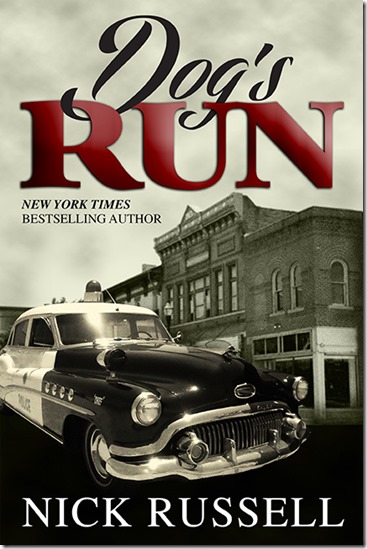 That usually goes pretty smoothly, but not this time around, unfortunately. There was a problem with a particular font that I used in certain parts of the book, and it took a lot of trial and error to come up with a substitute that worked. It wasn’t quite what I had envisioned originally, but it’s okay. A little before 9 p.m. I hit the publish button and it is live on Amazon this morning. It will take a couple more days to get it ready for Nook e-book readers, since Barnes & Noble requires different, more difficult formatting.

It rained most of the day, with a couple of short breaks when patches of blue sky poked through the clouds for a few minutes. I took advantage of them to go outside and dump our black tank, drop some trash off at the dumpster, and pick up our mail at the campground ranger station that arrived a few days ago but then apparently got lost.

I’m not much of a gambler and seldom buy lottery tickets or sit down in front of a slot machine because I work too hard for my money to throw it away. And I really wouldn’t want to win some huge jackpot anyway because I really like my friends and I’d hate to have to drop them and find new friends who are in my more comfortable financial situation. Don’t get me wrong, I’d do it, but I’d sure just miss the old ones. Besides, I already won the jackpot in life when I found Miss Terry. Wanting anything else would just be bad karma.

But I was a winner the other day, in a big way! When we were at the kite festival in Long Beach, Washington in late August, we became enamored with the highly maneuverable Revolution kites and had the opportunity to fly one. Getting a pair of Revolutions and learning to fly them are very high on our bucket list, but they cost a lot of money and our budget won’t allow it right now.

I recently joined the online forum at Kite Life, an online kite magazine, and they have a neat thing going on called karma drawings. I’ve found that kite flyers are amazingly generous and friendly people (just like RVers) and the idea of the drawings is that members put up a kite related prize and other members can enter an online drawing to win. The prize can be anything from a kite that they no longer use, to a set of kite lines, or whatever. This week’s prize was a Revolution Supersonic kite, and I won it! How cool is that?

The rest of the folks on the forum were very supportive and though they razzed me about being the new guy, it was all in good fun and they were very supportive and happy for me. Some even offered me tips on flying such a high performance kite. Since we’re on the road and not sure exactly where we’ll be in the near future, I had it sent to my cousin’s house in Tucson and I’m sure looking forward to seeing it!

Today is supposed to be our last day here in Seaside, but we may extend for another week, depending on the weather report and what we figure out about the washer/dryer.

Thought For The Day – The husband who doesn’t tell his wife everything probably reasons that what she doesn’t know won’t hurt him. – Leo J. Burke