Nick's Blog » We Needed That

As I said in yesterday’s blog, cabin fever was setting in. So we took a much needed day off and got out of the motorhome for a while.

Our first stop was at the post office in Ocean Shores to mail out a bunch of orders. We use Stamps.com for postage whenever we can, to avoid waiting in line at the post office. I was surprised that the sign on the outside drop box said it was picked up at 12:30 p.m. only, and since it was past that I went inside to drop the envelopes off and asked why they didn’t empty the box later in the day, since it’s right there in the parking lot. The lady told me it was because they empty it at 12:30. Yeah, that’s some good customer service for you! And they wonder why they’re going broke?

We made a quick stop at the beach, where riders were getting ready to go for a jaunt down the beach. I wonder if somebody has to follow along with a huge pooper scooper? 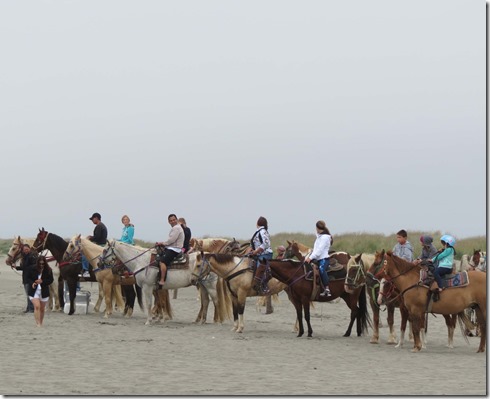 I don’t ride anything I can’t put gas in, and at $20 an hour, I probably won’t be riding one of those anytime soon. 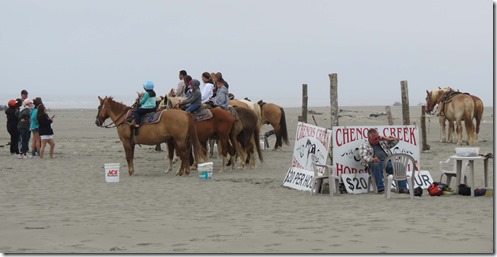 My dad spent a lot of time in a saddle at one point in his life, and he never liked or trusted horses. His favorite mount was a mule named Tony who looked a lot like this fellow. He may not have been as fast as some of the horses, but he was steady and reliable. 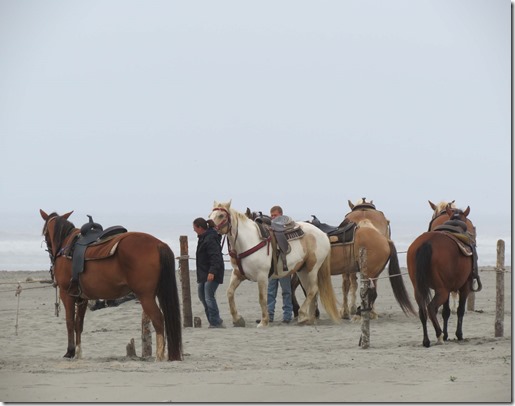 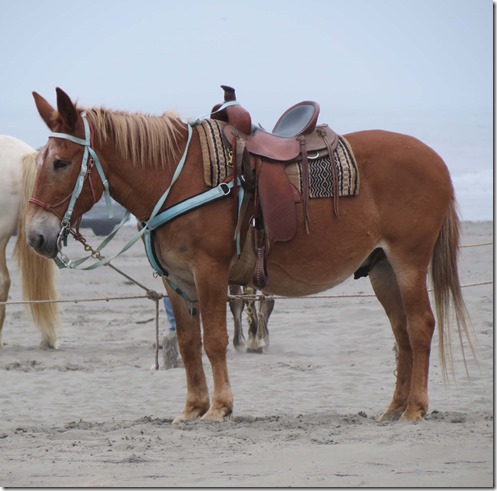 Then we drove into Aberdeen and across the drawbridge over the Chehalis River to Cosmopolis, a small community that has worked hard to keep itself separate from Aberdeen. Back when I was in the newspaper business here, in the late 1970s and early 80s, the economy here was pretty good but the tree huggers were working hard to stop logging and people wanted to shut down the lumber and pulp mills because they made the air stink, and they got their way. Today the downtown area is full of empty buildings and the stores that are open are hanging on by a thread. And instead of the smell of the pulp mills there is the brackish smell of the bay at low tide, with a strong element of despair to add to the flavor. Maybe it’s a combination of a week of cold dreary weather and all of the rundown part of the twin towns of Aberdeen and Hoquiam, but we both acknowledged a feeling of depression and don’t think we’ll be in a hurry to get back here.

We drove out to the fishing town of Westport, which lies at the south entrance to Grays Harbor, as opposed to Ocean Shores on the north side. While it’s only about four miles across the water, it’s fifty miles by road.

At one time Westport was the Salmon Fishing Capital of the World and anglers came from all over the country to take charter boats out after trophy fish, but these days things have slowed way down. There are still a lot of boats, and even on a cold, gray Monday afternoon there were a few tourists wandering around the waterfront, but nothing like in the old days. 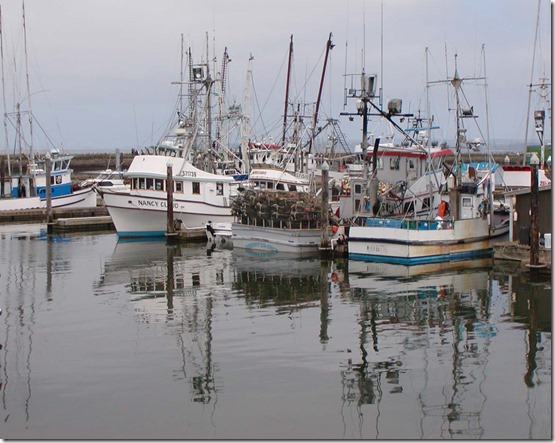 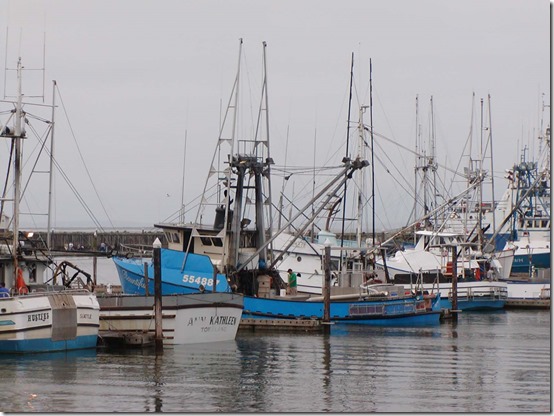 Back in Aberdeen we stopped at WalMart for a few things, then had dinner at a Chinese place called Ocean Palace that was highly recommended on Yelp. It was okay, but nothing to write home about. I was a little taken aback that a refill on my soda was $2. What’s up with that?

They did have some awesome carvings on display that were for sale. I wanted to take Buddha home with me, but Terry said looking at one of me was enough, she didn’t need two. 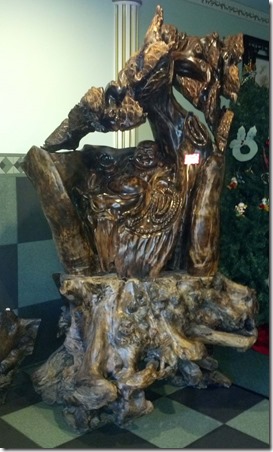 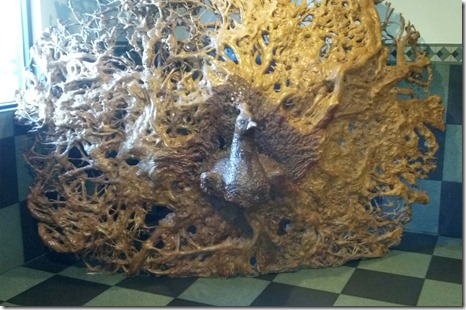 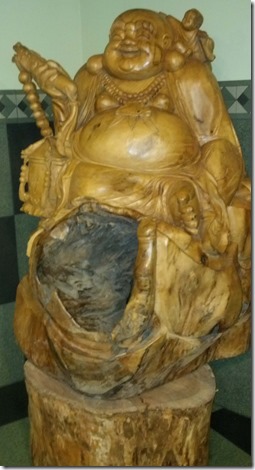 We had a good time just riding around together sightseeing and we needed the break. Today it’s back to my desk to work on the new issue of the paper.

Thought For The Day – The secret of life is to be interested in one thing profoundly and in a thousand things well.

13 Responses to “We Needed That”