I’m going to try something new with the blog today. Instead of just telling you all about how I finished the new issue of the Gypsy Journal yesterday and that Terry is busy proofreading it now (I did and she is), I thought I’d occasionally recycle an old story from a previous issue of the paper to give you an idea of some of the interesting things we’ve seen in our travels. Let me know if you’d like to see more posts like this in future blogs:

At the International Towing & Recovery Hall of Fame and Museum in Chattanooga, Tennessee, you can walk among early automotive history as you view restored antique wreckers and equipment, browse through towing industry related equipment and tools, and learn about the men and women who built the modern towing industry.

The towing industry got its start in Chattanooga, thanks to an innovative man named Ernest W. Holmes, Sr., who worked as an automobile mechanic and had his own garage in the city in the early 1900s. In those days, often the hardest part of working on an automobile was pulling it out of a ditch or mud mire with chains and ropes. Since transporting a stalled vehicle was such an effort, most mechanics did their repair work on the scene. Holmes knew there had to be a better way, so he designed the world’s first wrecker, mounting the towing apparatus on the back of a 1913 Cadillac limousine.

Other garage owners quickly saw the value in the new Holmes wrecker, and orders came in for towing equipment. Though his garage was very successful, at one time employing 20 mechanics, Holmes realized the future possibilities of his new invention and turned full time to manufacturing wreckers. In those days the equipment was mounted on heavy touring car frames, and was hand powered. That first Holmes wrecker, designated #680, originally sold for $680

The company grew steadily, making improvements and refinements in every series of wreckers it produced. The new company was awarded several patents for its inventions. Starting out in a small shop with five employees, the Holmes company quickly outgrew its quarters and moved into a large livery stable. Today the Holmes factory and office are situated on a multi-acre parcel and employs hundreds of people. 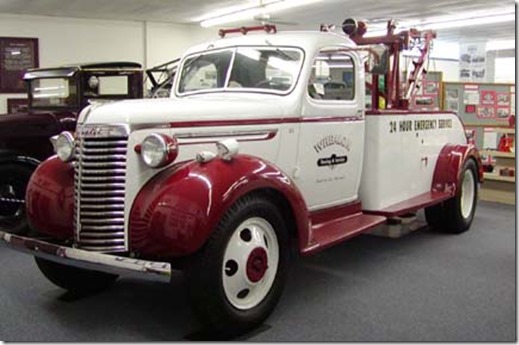 Today some of the earliest wrecker models are on display at the International Towing & Recovery Hall of Fame and Museum, all restored to pristine condition. Included in the museum’s collection are some of the most outstanding examples of early towing and recovery equipment.

Several wreckers are mounted on old limousine frames, including a beautiful Packard sporting a 3 ton Manley crane. Owned and restored by the Gratzianna family of O’Hare Truck Service in Northlake, Illinois, the beautiful old limo/wrecker has been featured on the cover of Packard International Motor Car Club magazine. 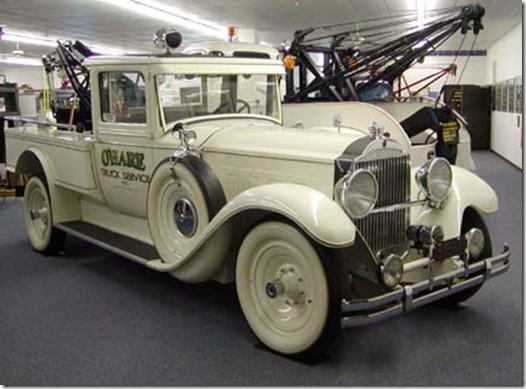 Another beautiful rig owned by Jack Gratzianna, and displayed at the museum, is a handsome 1929 Chrysler tow truck with a Weaver crane. Chrysler never made a truck; this unit started out as a 5-window coupe and was converted by the Hartigan Brothers Chrysler Plymouth dealership in Oak Park, Illinois. The tow truck was in continuous service from 1930 until 1971, when the dealership closed. Jack Gratzianna acquired the truck in the late 1980s and spent two years restoring it. 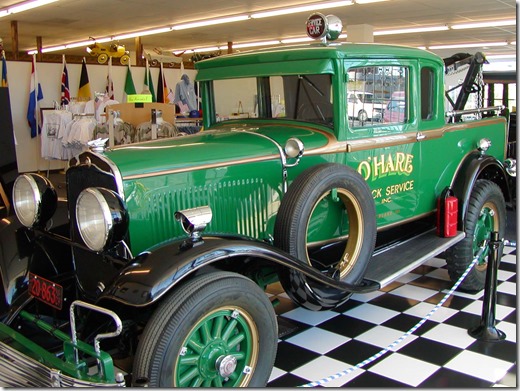 One very popular and historic vehicle on display in the museum is a US Army Diamond T wrecker mounted with a Holmes W45 twin boom winch system. Built in Chattanooga in 1945, the wrecker was shipped to Europe and served with the famous Red Ball Express, a massive effort to deliver critically needed supplies to the rapidly advancing American army as they stormed across France and onward to Germany. Running day and night in one long continuous high speed convoy, the Red Ball Express shuttled troops, ammunition, food, and other equipment to Patton’s army, never stopping for anything. If a vehicle broke down, Diamond T wreckers like this one were used to haul them off before they blocked the road. Many of the Red Ball Express drivers were Black American troops who were deployed to support services in the segregated army of the times. It is said that the Allied victory in Europe could not have happened without the hard working men and trucks of the Red Ball Express. 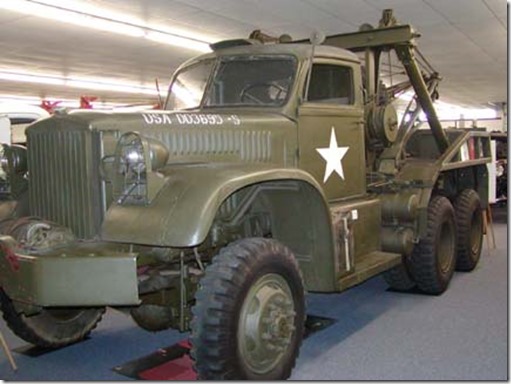 After the war, the wrecker was given to the French army. It was sold at auction to a garage in Metz, France in 1973, but was never used. The vehicle went through a series of owners before being returned to Chattanooga and its position of honor in its new home at the International Towing & Recovery Hall of Fame and Museum.

Another popular tow truck on display with an interesting history is a 1947 GMC “Bubble Nose” that was purchased new by the Pabst Brewing Company and used to haul beer to its customers. Later the truck was sold to a bus company, which installed a tow boom and used it to tow school buses. The company abandoned the truck when its water pump failed and they could not find a replacement. In 1988, George Lanser of Lanser Garage and Towing in Belgium, Wisconsin discovered the truck, overgrown with weeds, in a field near West Bend, Wisconsin. It took Lanser two years to locate a water pump that could be machined to fit the truck, during which time he lovingly restored it to like new condition. For years the truck was driven in summer parades and shown in truck shows. 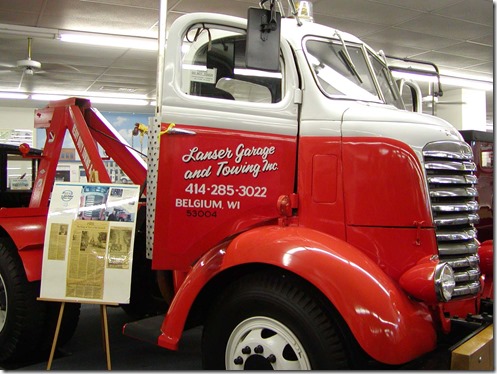 Compared to these gigantic behemoths, the tiny Rogner Wrecker displayed at the museum is a midget. Using a 1970 Cony (a Japanese truck manufacturer) ¼ ton pickup with a two cylinder engine, owner Mark Rogner mounted a boom modeled after a small wrecker with a 2,000 pound rating on the back. The little wrecker was tested by towing a Ford Escort, and is used in parades, promotions, and at towing conventions. 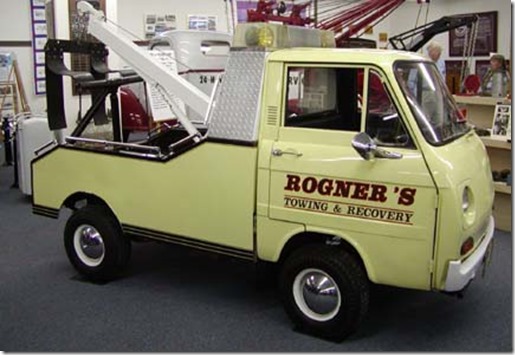 Thought For The Day – It’s never too late to rewrite your own story.