Yeah, that’s what it was again yesterday. (Heavy sigh.) Here are a couple of pictures taken in the early afternoon to give you a feel for the place. People here don’t tan when they go to the beach, they rust. 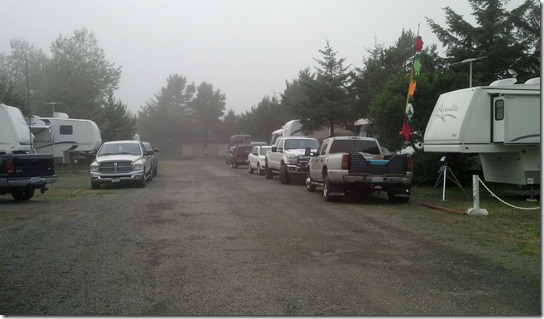 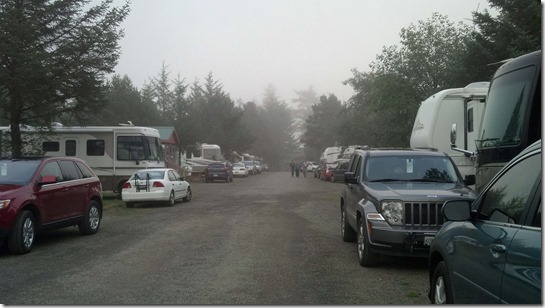 Terry was going to Astoria for a weaving class and the right rear tire on our Explorer has been losing air the last couple of days. I thought it might be the TireTraker sensor, so I left it off when I topped the tire off late Thursday afternoon, and the tire was okay yesterday morning. But by the time Terry got home in the afternoon it was low again. So I know the problem isn’t the sensor, and I don’t see anything like a nail sticking in the tire. The next step is to try to tighten the core in the valve stem and see if that fixes it.

Once Terry left, I puttered around for an hour or two answering e-mail and checking the news to see who we’re at war with this week. Then I decided that I had goofed off long enough and got to work. I kept at it most of the day, except for a stop for lunch, I managed to knock out about 4,000 words on my current book.

I’ve said before that the Dragon Dictate software I bought a couple of years ago has been pretty much worthless, but this damp weather has been aggravating my arthritis and my fingers were protesting within just a half hour or so, so I decided to try it one more time. And I think I may have had an epiphany. The problem may not be the software after all, it may be this darned iMac computer of mine! I have discovered that if I try to work directly on my work in progress (WIP) with the dictation software, it is really slow and seems to have a typo about every third or fourth word. But if I open a new Word document and dictate into it, I’m good until I get to about 800 words, then things start messing up. But if I cut and paste it into the WIP somewhere around 750 words, it goes much smoother. I have six gig of RAM so I don’t know if it’s a memory issue or just the iMac, which by the way, is back to doing everything it did before its last trip to the Apple store.

Speaking of books, the audiobook version of Big Lake Lynching is now available on Audible.com, and it should be on Amazon and iTunes in a few days. My narrator, Bruce Miles, did an excellent job, as always. Thanks Bruce! 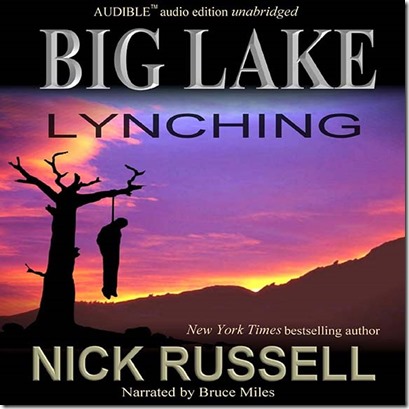 Terry got home about 5 p.m., and our friends Dave and Lynn Cross pulled up right behind her. They are staying at the Seaside campground where we’ll be going Tuesday, but took a day trip up here to play tourist. It was great seeing them, and we’re looking forward to getting together for dinner sometime next week.

For one more example of why I’m convinced that all things technical hate me, we were talking about the terrible Verizon internet here, and Dave pulled his Droid Razr out and was able to not only get an internet signal, but to use it as a hotspot. I logged onto his signal and it was at least as fast (or slow) as our air cards. Yet he was sitting here next to me, and my Razr Maxx won’t even pick up a signal! Go figure.

Thought For The Day – My life is a never ending sequence of "It seemed like a good idea at the time" moments.

5 Responses to “Another Gray Ugly Day”