Miss Terry loves farmers markets and craft fairs and such, so yesterday we drove to Astoria for the Sunday Market. As it turns out, we got a two-fer, two great things in one trip!

Every Sunday during the summer they close several blocks of a street in the downtown area for the market, which draws lots of vendors and crowds of shoppers. The market was much larger than Ilwaco’s Market Day, which we visited on Saturday. In fact, quite a few of the vendors we saw in Ilwaco were also at Astoria.

But before we even got to the market we made a discovery that had Terry absolutely delirious. We parked a few blocks from the market, and as we were walking there we saw the Astoria Fiber Arts Retail Store and Academy. Well, you just know we weren’t passing without stopping.

What a find it was! There was one room full of looms, a display room with yarns, books and supplies, as well as some beautiful items made by local fiber artists. We spent some time visiting with Margaret Thierry, a wonderful 75 years young lady who teaches weaving and dying, among other things. They offer classes in weaving, spinning, knitting, crocheting, felting and other fiber arts, and by the time we left, we had made tentative plans for Terry to take a two day weaving class while we’re in the area. 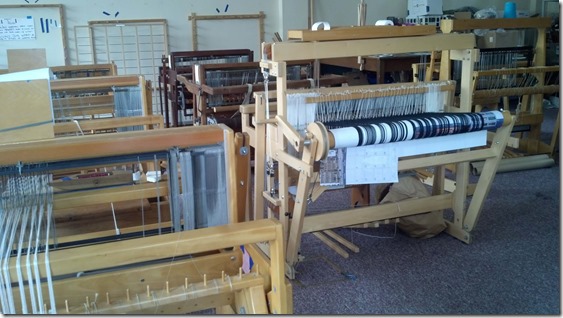 When we left there it was a couple more blocks to the market area, where we spent time wandering around checking out the vendors. Everything offered at the market is produced locally by the vendors themselves, no cheap made in Taiwan stuff here! 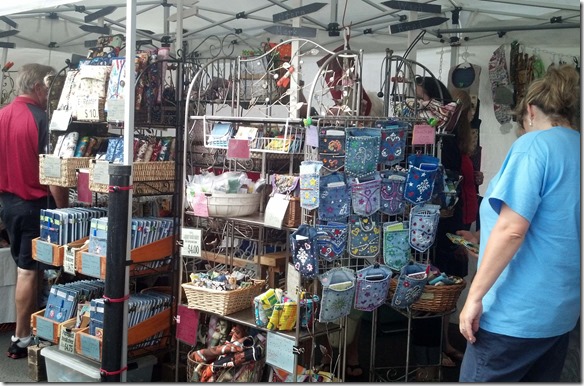 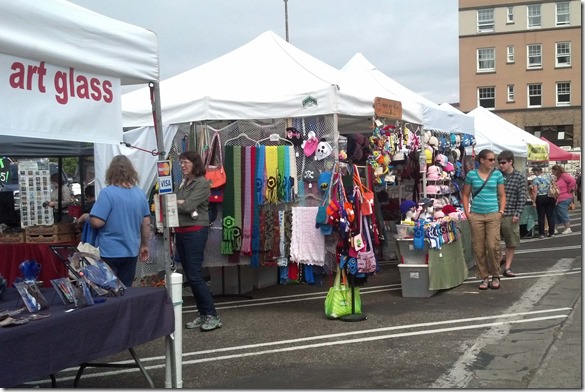 There were also more vendors selling produce, which made Terry happy. We purchased a few things, and had a good time listening to the live music being played on a small stage area in the food court. 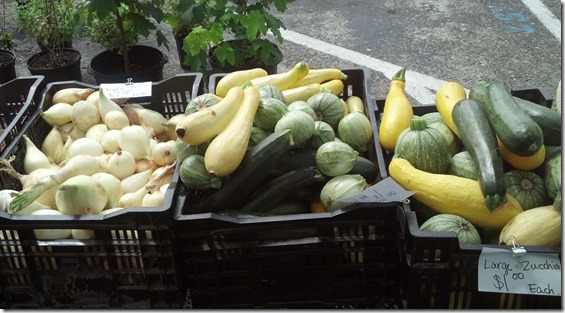 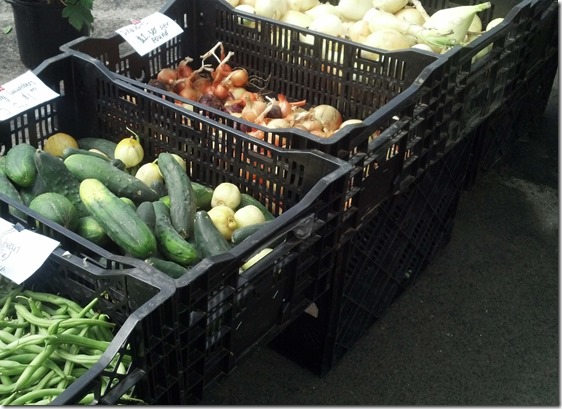 It seems like wherever we go we see people we know. At the market we ran into Joe and Nikki Wright, fulltime RVers who were at our Gypsy Journal rally at Elkhart Campground in 2010. It was nice to see them again, and since they had their dog with them, I even got a puppy fix.

After browsing the market for a while and purchasing a few goodies, we wandered through the downtown area for a while, popping into the shops to see what they had to offer. You just never know what you’re going to see in a place like Astoria. But I darned sure didn’t expect somebody playing bagpipes while riding a unicycle wearing a skirt and a Darth Vadar mask! 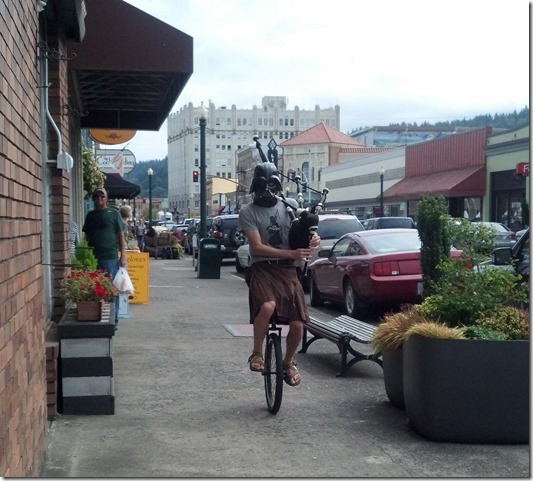 Eventually we decided it was time to head back across the big bridge, but first we stopped at Josephson’s Smokehouse. I have been coming here to buy their incredibly delicious smoked salmon, sturgeon, mussels and other seafood since the late 1970s, and when I lived in Grays Harbor years ago, I made the 180 mile round trip many times to stock up. 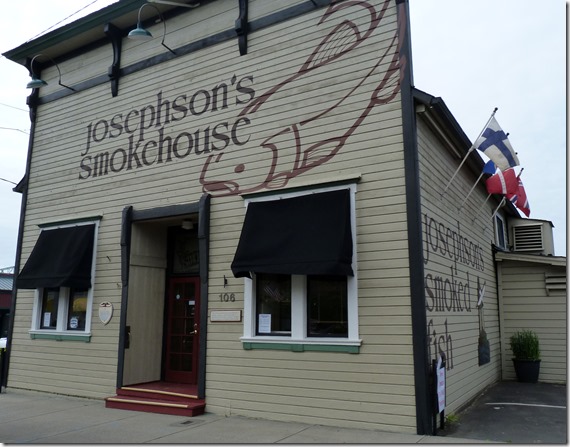 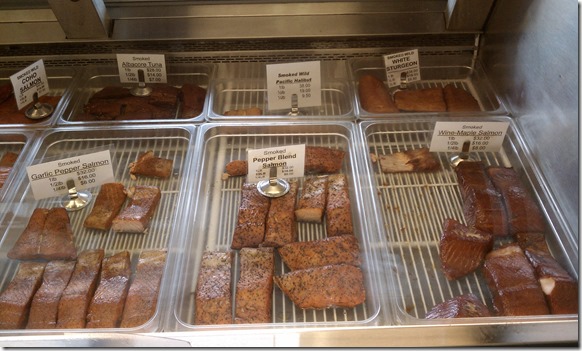 So what’s even worse than crossing the Astoria-Megler bridge to somebody like me? Being stopped for ten minutes on the bridge for construction! Oh yeah, let’s terrorize the neurotic fat guy even more! 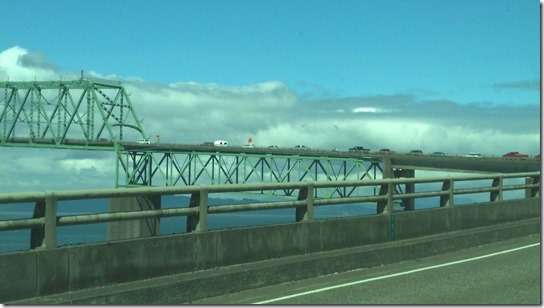 It’s salmon season and the Columbia River was filled with boats. I stopped sniveling and forced my eyes open long enough to take this picture to show you some of the crowd as Terry drove across the bridge. You’re welcome. 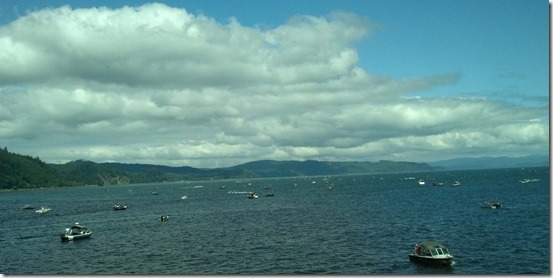 The Kite Festival starts today here in Long Beach, and we’re looking forward to seeing it. I’ve wanted to see it for years. I hope the weather cooperates.

7 Responses to “An Astoria Day”