When we checked into the Bremerton Elks lodge last week, the lady in the office apologized for the fact that they had a car show scheduled for yesterday and hoped the crowd wouldn’t disturb us. Are you kidding? I love old cars! I’d have paid extra for a campsite with a car show too! Of course, I didn’t tell them that.

Sure enough, yesterday morning at 7 a.m. we started hearing the rumble of engines with a lot of horsepower wanting to be unleashed, and by the time the show officially opened at 9 a.m. there was an impressive display of old Mustangs, T-Birds, hot rods, roadsters, and antiques waiting for me to drool over. So I spent a couple of hours doing just that!

This 1957 Chevy was the first one to catch my attention, because back in the old days when I lived on the Olympic Peninsula, I owned one that looked almost identical. In fact, that’s the first car my daughter Tiffany ever rode in, when we brought her home from the hospital. And, I traded it to a fellow from here in Bremerton for a beautiful 1967 Mustang 2+2 fastback. Could it be the same car? After looking it over and talking to the owner I determined it wasn’t the same car, because when he bought this one it was a basket case.

Parked directly behind it was a car I had heard of but never seen before, this beautiful 1954 Mercury Sun Valley, which came from the factory with a smoked plastic sunroof. It was a car way before its time. 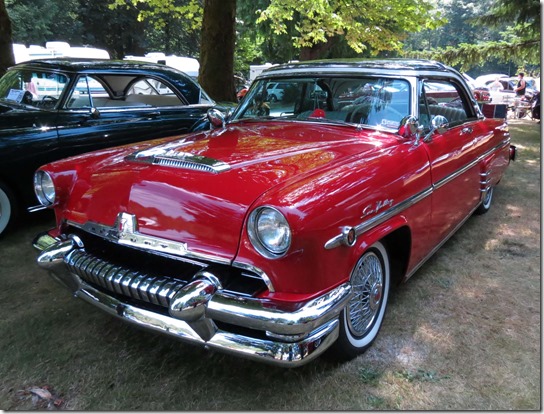 When I was a teenage kid I had a 1963 Falcon, although mine was a rust bucket and not a convertible. In those days you could buy used cars like this for anywhere from $25 to $75, and a $100 bill would get you a pretty decent ride. What I wouldn’t do to have some of the old cars I bought and sold back then and took for granted! 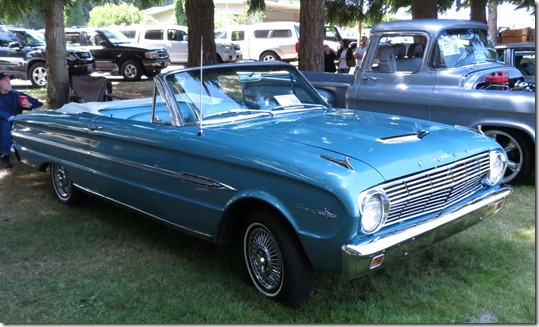 This is a car I always wanted to own when I was a kid, a 1940 Ford convertible. It’s probably just as well I didn’t find one, because I probably would have tried to “customize” it and butchered the job. 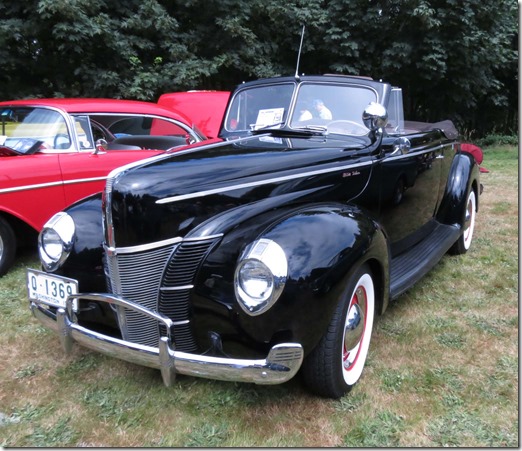 My buddy Joe had a red 1948 Chevy Stylemaster convertible like this, though not as fancy. Joe was always going to fix it up nice, but he never made it back home from the Navy, and I have no idea what happened to the old ragtop. 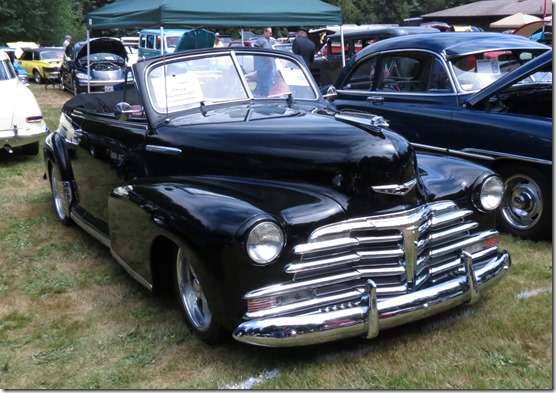 This gorgeous 1952 Chevy Deluxe, with its original 235 cubic inch six cylinder engine, was born the same year I was but I think I have a lot more mileage on me that it does! Miss Terry loves this body style and if we had a house with a big garage and a lot of money I’d buy her one. 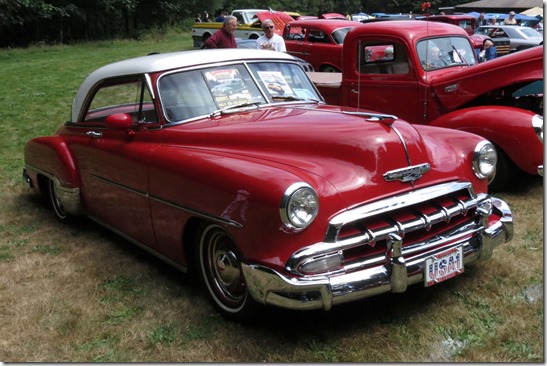 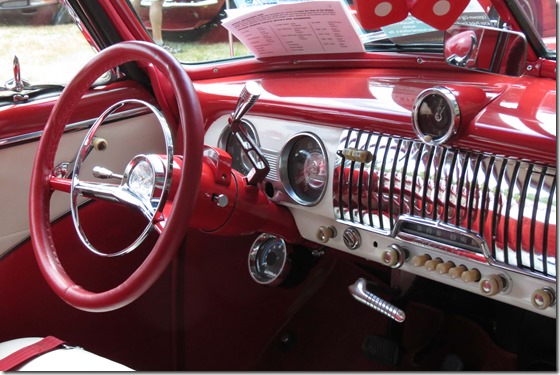 There was some nice older stuff on display too, including this neat old Chevy pickup (top), and the 1929 Dodge DA coupe below. 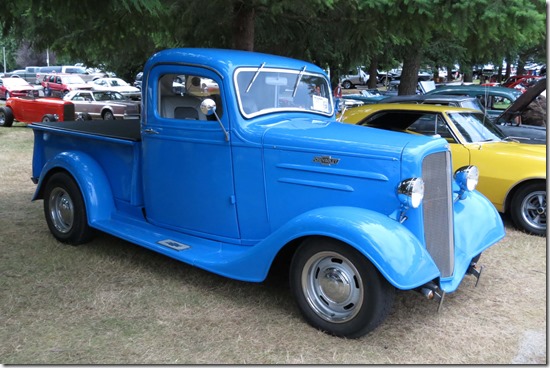 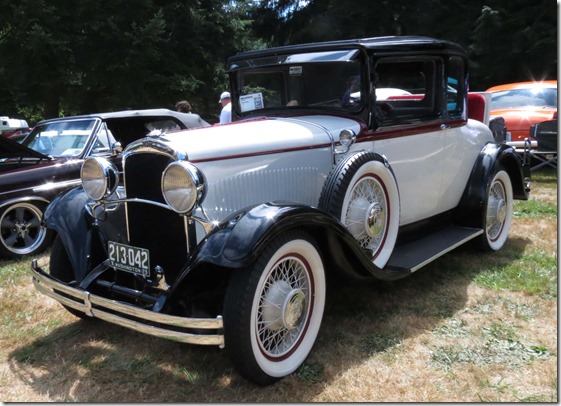 A very interesting and rare car was this 1930 Essex, whose owner, Litch Litchfield, was happy to pose with his Tommy gun. He had a display of pictures of the car when he bought it, when it was just a rusted out hulk with no drivetrain. 2,300 hours of painstaking labor later, the car is awesome.

There was even an Elvis impersonator belting out tunes to add to the nostalgia. I’ve never been an Elvis fan, but I have to admit, he did a pretty good job. 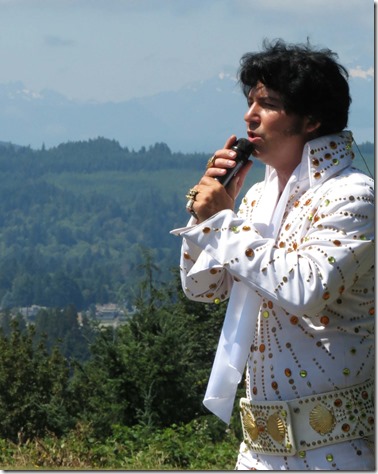 I may not have a nice old classic car anymore, but I do have a best girl who is a whole lot prettier than anybody I ever knew back in the day, and yesterday afternoon I took her to the movies. We wanted to see The Heat, starring Sandra Bullock and Melissa McCarthy of Mike & Molly. It was a funny movie, but Terry and I both agreed that it wasn’t as good as McCarthy’s last movie, Identity Thief, which we saw in Florida last winter.

We only have a couple of days left here before we head up to the Escapees co-op near Port Townsend, and there are still a couple of things we’d like to do before then. Tune in tomorrow to learn what we came up with today, since we haven’t decided yet.

Thought For The Day – Give me ambiguity or give me something else.