Nick's Blog » Well, Yes And No

After a quick run to the post office to send out some orders, we left the Las Vegas, New Mexico Elks lodge about 9:30 yesterday morning and headed north on Interstate 25 toward Colorado.

Except for a few places where the pavement had some sudden dips in it, we had a nice ride through rolling hill country. We spotted several antelope but Terry wasn’t able to get a picture of any of them. 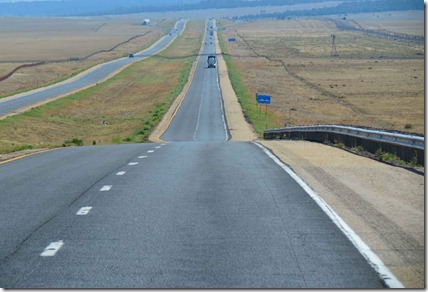 About 90 miles into our trip we began the long uphill climb to 7800 foot high Raton Pass. It was pretty country, except where a forest fire had blackened several acres alongside the highway. Our Winnebago had no problem climbing the steep grade, though we did drop down to about 40 miles per hour at one point. 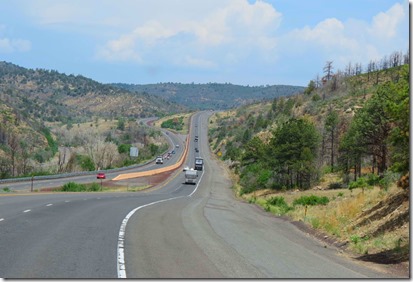 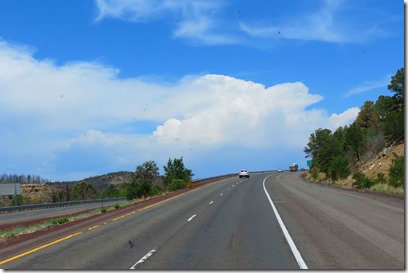 Before long we were at the top and entering Colorado. 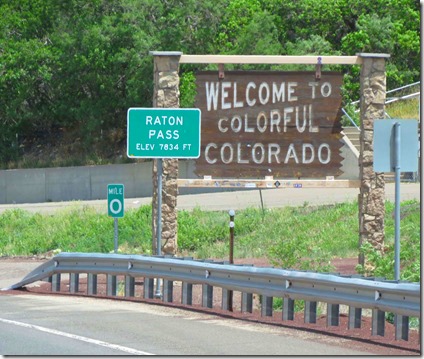 What goes up must come down, on a long 6% grade. 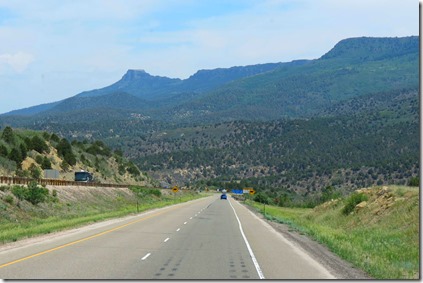 Since traffic was light, I tried an experiment, slowing down to 45 miles per hour at the summit and downshifting our Allison transmission into 3rd gear let the PRXB exhaust brake do the work getting us safely to the bottom. I never touched the brake pedal all the way down, and our speed never exceeded 50 miles per hour. The next time I see Keith Shoemaker from Redlands Truck & RV Performance Center I need to thank him again for installing it on our motorhome. It is far superior to the original exhaust brake that came with the rig.

Terry is always looking for something to photograph alongside the highway. Wow, if those old walls could talk! 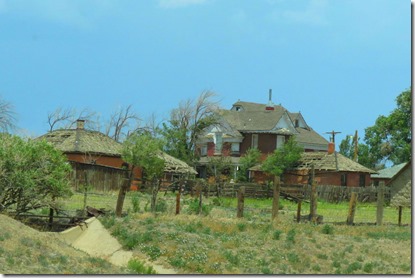 We saw a lot of neat rock formations. 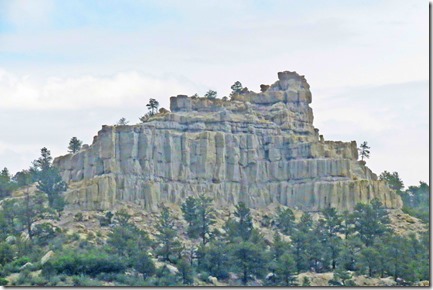 I wonder if this is all that’s left of an ancient volcano? 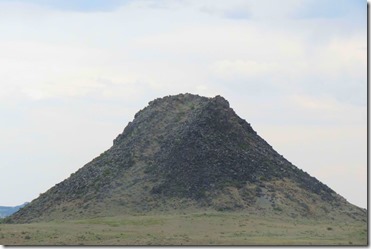 The sky began to darken and we saw long sheets of rain hanging in the sky. 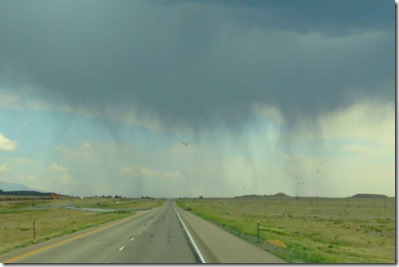 The news reports have been talking about the forest fires that are destroying so much of the state, and that Interstate 25 through Colorado Springs was a nightmare of traffic jams caused by all of the evacuations going on. Well, yes and no. Yes, traffic was just as bad as they had predicted, but no, it had nothing to do with the fires.

Life seemed perfectly normal when we got to the city, with store and restaurant parking lots full of cars and people, and no evident fire damage. But we did hit a traffic jam caused by an accident that snarled things for several miles. 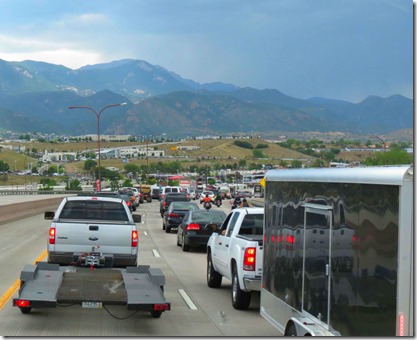 And then we ran into the mother of all traffic jams starting about mile marker 146. But this was caused by a long construction zone, which closed the furthest right of the three northbound lanes. But, of course, there were plenty of idiots who ignored all of the warning signs and stayed in the right lane until the very last minute, then tried to force their way over into the center lane, making everybody’s life miserable. I don’t agree with road rage, but there are times when I can understand it. 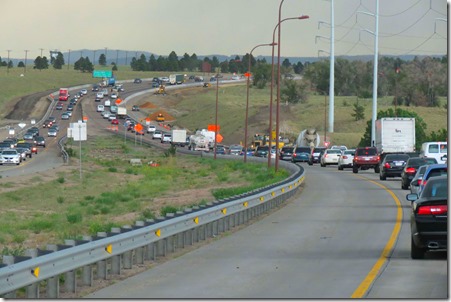 And then the rain hit, along with lots of lightning and strong wind. Terry said if we had to be out on the road in that kind of weather, it was probably just as well to be creeping along at 10 and 15 miles per hour. 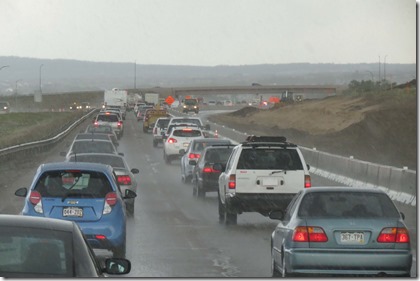 Hopefully the rain will help the firefighting effort. It looked like it grounded these helicopters. 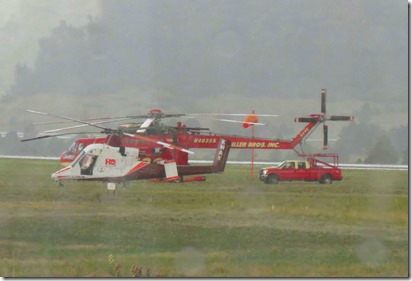 There’s a reason they named the city near this rock formation Castle Rock. 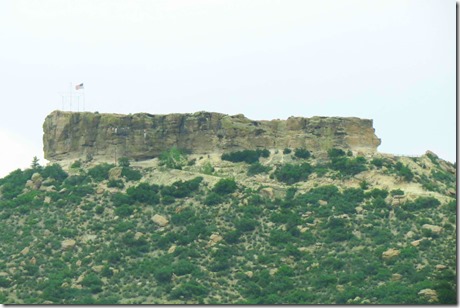 Eventually we emerged from the construction zone about 15 slow miles up the highway and made pretty good time until we reached SR. 470, which makes a loop around the south side of the Denver metro region. We followed it west, hoping to avoid all of the congestion in the city, but were rewarded with one slowdown after another.

By the time we threaded our way around to the northwest side of the loop and arrived at the Westminster Elks lodge, with 346 rough miles behind us for the day, we were exhausted and just wanted to get parked and relax. But all 40 of their RV sites were full and there were several rigs dry camping.

Ernie, the camp host, said he has never seen it so busy. Apparently a lot of folks are here waiting to go on to Gillette, Wyoming for the FMCA rally next week, and Ernie said several were supposed to be leaving by Sunday. So we’re dry camping for now, and hopefully we’ll get some kind of hookups today, or tomorrow at the latest.