Terry and I were both humming the tune to John Denver’s ode to the Colorado Rockies yesterday as we drove 110 miles west to Avon, in the heart of the state’s high mountain playground, to visit with her twin sons Casey and Cody and their families.

The first views of the snowcapped mountains as you begin the steep climb up Interstate 70 are breathtaking. 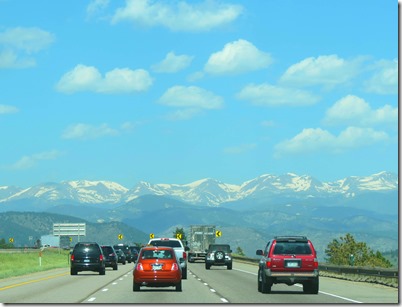 And the higher you go, the prettier it gets. 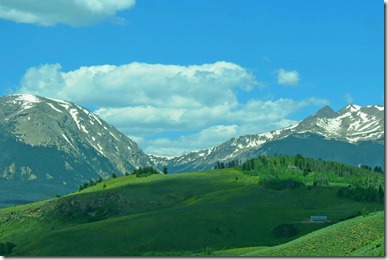 The road is a challenge in a big rig. We’ve driven it eastbound a couple of times in a Class A motorhome, which is mostly downhill. Westbound you climb to over 11,000 feet, and even our Explorer had to work to keep up its momentum. 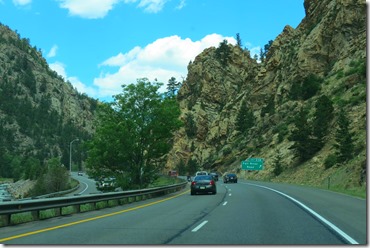 At 11,158 feet above sea level, the Eisenhower Tunnel is one of the highest vehicular tunnels in the world, and the longest mountain tunnel and highest point on the Interstate Highway system. 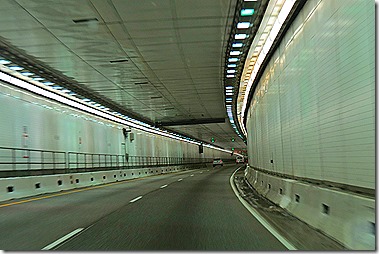 From the tunnel, we started a downhill run toward Vail and then Avon. There are several runaway truck ramps, and we saw tire tracks in them that indicated that they get use on a regular basis. 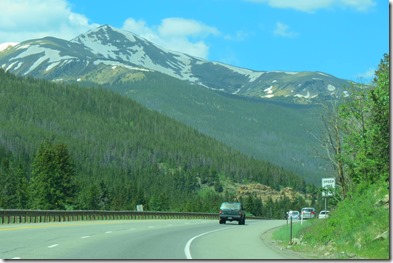 Terry’s sons have three babies between them, and this was Terry’s first time to meet two of them. Here she is with Casey’s daughter Jane on the left, and Cody’s twins Althea and Peter. That’s right, one of her twin sons is the father of twins! It was funny, all three babies were happy and laughing until I got ready to take their picture. First Jane started crying, a minute later Althea started, and then Peter, who had been laughing all along, joined in the chorus! 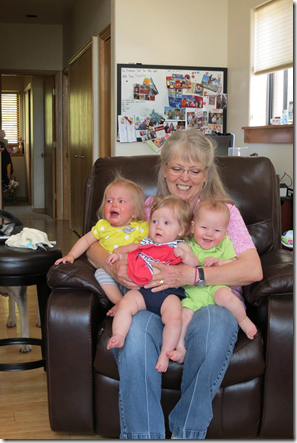 We had a nice visit with the kids and grandkids, and about 4:30 p.m. we started the long drive back to the Elks Lodge campground.

Did I mention that there are a lot of mountains in the Rocky Mountains? 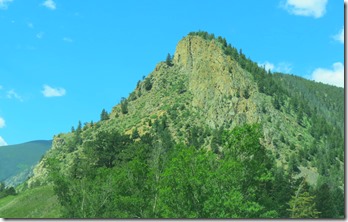 This is premier skiing country, and some of the runs right alongside the highway still had snow left on them. 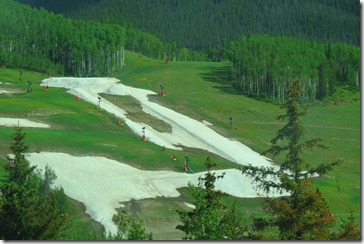 Unfortunately, a nasty bug called the mountain pine beetle is killing millions of trees across the West, leaving whole mountainsides covered with nothing but dead trees. Casey told us scientists have predicted that the region could lose as many as 95% of its forest to the insidious critters. 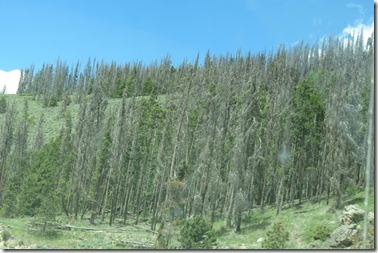 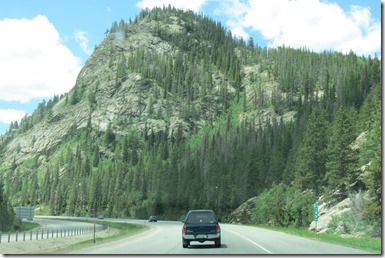 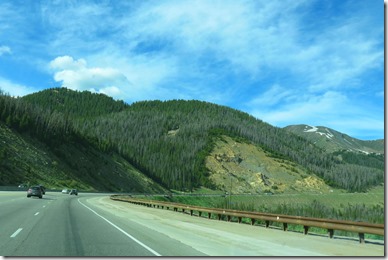 As we were driving home, this pickup passed us with Mark Twain taking a ride in the truck bed. I wonder what he thought of the pretty scenery? 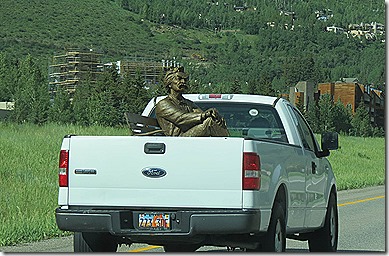 We got back to town about 6:30, made a quick stop at the motorhome, and then we went to a nice little Chinese restaurant called Li’s for Terry’s birthday dinner. The food and service were both excellent, and it will definitely get added to our Favorite Restaurants guide!

We’ll be here a few more days before we take off for the Escapade in Gillette, Wyoming, and we’ll spend most of that time printing out copies of our various RV guides and making up copies of our 7-in-1 CDs to sell in our vendor booth. They have been having some terrible weather in Gillette the last few days and we’re really hoping it will clear up by the time we get there. My dear friend Sharon Del Rosario has assured me that she put in a special order for good weather during the rally, so it looks like we’re going to be okay. And if not, at least we know who to blame, right?

Thought For The Day – Your ex-wife saying she still wants to be friends after breaking up is like kidnappers asking you to keep in touch after the ransom is paid.