Does the wind ever stop blowing in New Mexico? We’ve been here nearly two weeks now and it seems like every day has been windy. Sometimes just a stiff breeze, but more often really blowing around out there. I’m really hoping it dies down before we get on the road next week. Driving a 40 foot motorhome in the wind is no fun at all!

After spending yesterday morning checking and answering e-mail, we spent the afternoon playing tourist. We took a ride to the Tinkertown Museum, which is billed as New Mexico’s premiere folk art museum. Several readers had suggested we go there and I’m glad they did. This place was amazing! 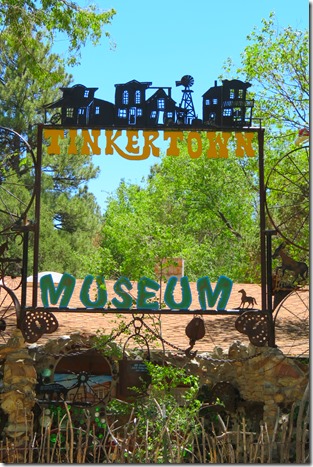 The lifework of artist Ross Ward, who spent over 40 years carving, collecting, and building Tinkertown, it will delight the child inside of everyone who visits, no matter their age. Ward used over 50,000 glass bottles to build a maze-like 22-room attraction that houses a fascinating collection of antiques and memorabilia, including old coin operated sideshow machines like Otto the One-Man-Band and Esmerelda the Fortune Teller. Drop a quarter in the coin slot and they come to life. 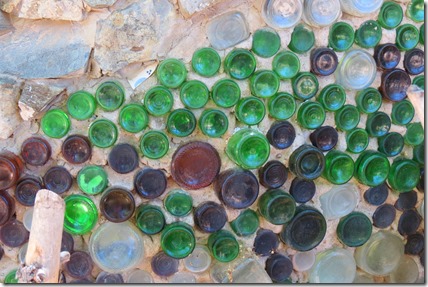 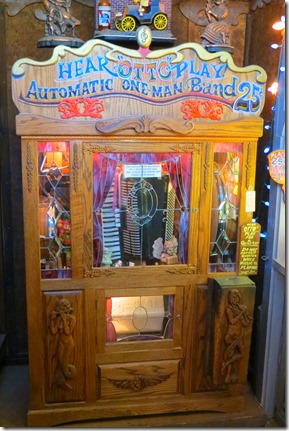 Most fascinating are the thousands of animated miniature wood carved figures arranged in hilarious scenes. One diorama is an Old West town, another is a circus complete with trained tigers and acrobats, yet another is a spooky Boot Hill, complete with dancing skeletons. The figures were originally part of a traveling exhibit that appeared at county fairs and carnivals across the country in the 1960s and 1970s. 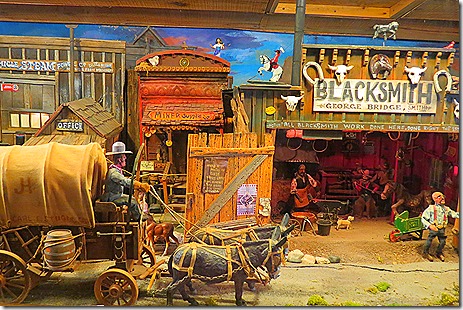 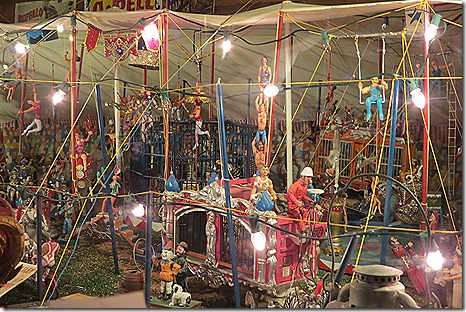 There are also collections of antique tools, wedding cake figurines, old toys and dolls. Even a neat old 35 foot long wooden sailboat that Ward’s brother-in-law spent ten years sailing around the world in!

Outside there are Old West storefronts, metal sculptures from trash and castoff farm machinery and more. One of the many signs in the museum pretty much sums it all up with a quote by Thomas Edison, “Invention consists of imagination and a scrap heap.” 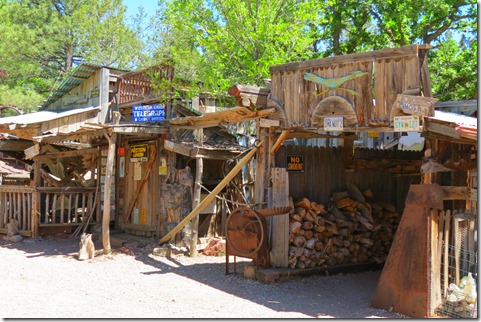 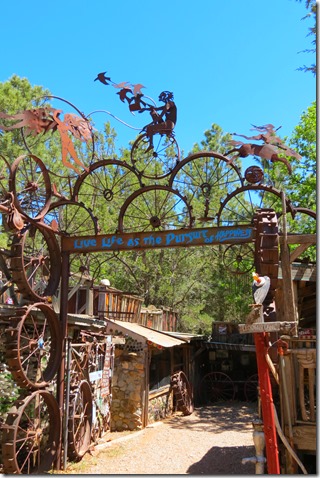 We will have a feature story on the Tinkertown Museum in a future issue of the Gypsy Journal.

When we left Tinkertown, we drove into Albuquerque because I wanted to stop at a Verizon store and see what was involved in cancelling our contract on our 4G mifi, which has never performed to Verizon’s promises or our expectations. But as it turns out, while we could upgrade to a new device this month, the two year contract is not actually up until October. The nice young man at the store was very eager to convince me that I just needed to upgrade to their latest whiz bang mifi device and my world would be wonderful, but while I was born early in the morning, it wasn’t yesterday morning! Fool me once, shame on you, fool , me twice, shame on me. He also tried very hard to convince me that I wanted to upgrade our total plan, which includes our old and reliable unlimited 3G air card and unlimited telephone plan for something new. Again, fool me once, shame on you, fool, me twice…

By then we were hungry, and a Yelp search took us down the street a couple of blocks to a little family owned restaurant called La Salita, where Terry and I agree that we just had the best Mexican dinner of our lives. Terry admits she’s a bit of a snob when it comes to Mexican food, living in Arizona most of her adult life, and she said her chile relleno was the best she has ever had. I had the pork (carne) adovada burrito smothered in cheese. Delicious! This place definitely gets added to our Favorite Restaurants guide! And the owner said that if any of our readers stop in and mention the Gypsy Journal, they’ll give you free chile con queso with your tortilla chips. What a deal!

I’m not sure what today holds for us. We may play tourist some more, or we may stay home so Terry can get some weaving done and I can write. It’s nice not having anything we have to do or anyplace we have to be.

Thought For The Day – I know the voices in my head aren’t real, but they do come up with some really cool ideas!