We were up by 7:30 yesterday morning, and on the road by 10, heading east from Hidden Valley RV Resort in Tijeras, New Mexico on State Route 333, which runs alongside Interstate 40, Terry leading me in the Explorer. We had not filled our propane tank since we were at Elkhart Campground last summer and it was getting low, so our first stop was at Country Gas, about five miles from the campground. We paid $1.81 a gallon, which was the least we have paid in years.

They had a large area for motorhomes to pull in and turn around, so once the propane tank was filled, we hooked the Explorer to our Blue Ox Tow Bar, then continued east to Moriarty, were we stopped at the T/A Truck Stop. When she came out from paying for our fuel, Terry commented on how friendly everybody is in this part of New Mexico. That’s always nice to hear.

The people may be nice, but the countryside is pretty boring. Just mile after mile of nothing but open land. 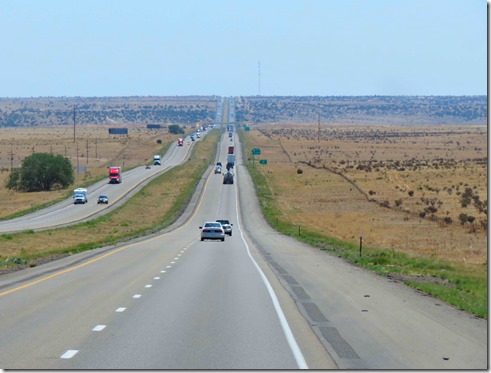 Back on the highway, it was another 60 miles to Vegas Junction, where we turned north on U.S. Highway 84, a very nice two lane road that carried us 42 miles north through rolling hill country with not much to see but a few stock corrals, an occasional windmill, and a couple of old ruins trying desperately to defy gravity. 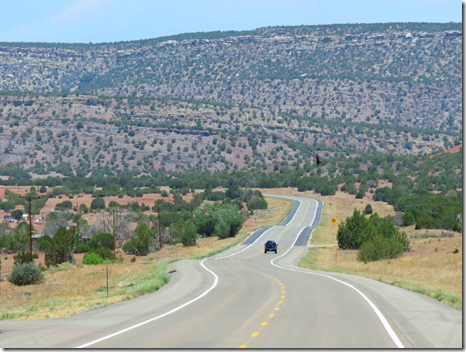 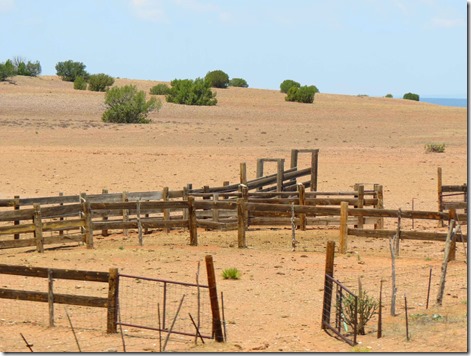 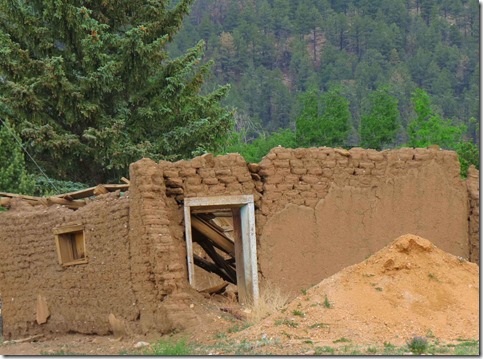 A few more miles on Interstate 25 brought us to Las Vegas. Did you know there is a Las Vegas in New Mexico? It doesn’t have all the bright lights and glitter of the Nevada city by the same name, but it does have an Elks lodge, where $15 got us a 30 amp full hookup RV site.

We had only traveled about 125 miles, which is a pretty short day for us, but we weren’t done yet. It was only about 1:30, so once we were parked and hooked up, we jumped in the Explorer and drove another 30 miles to Mora. Ever since somebody told me about the Mora Valley Spinning Mill, I knew it was a place I wanted to take Miss Terry. 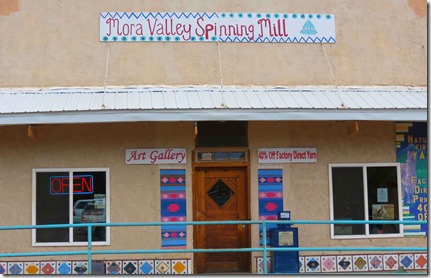 And you should have seen the smile on her face the moment we walked in the door! She was a happy camper! The gallery, housed in an old mercantile building, had a wonderful collection of brightly colored yarns and several fascinating old looms that local weavers use to create items that were displayed for sale. 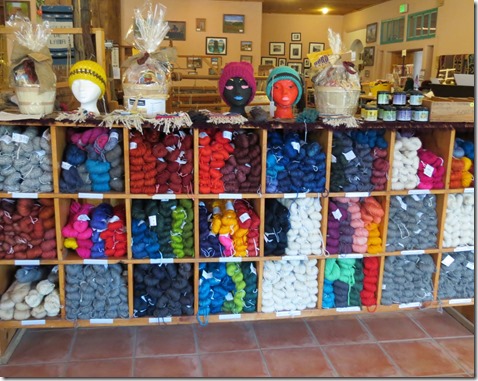 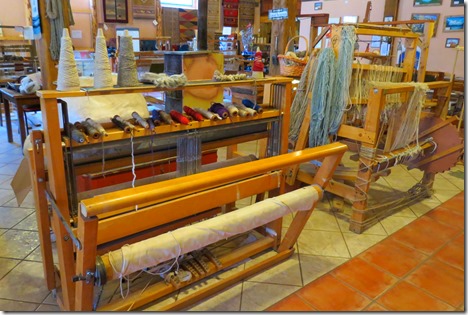 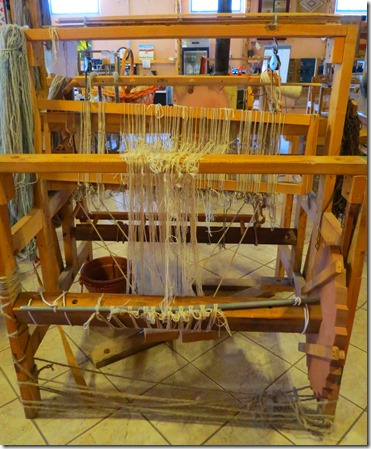 After a quick stop in the gallery, we followed tour guide Deana Hanna back into the mill. One of only a handful of mills in the country that custom processes wool and other fibers for customers on a small scale, the mill was a fascinating place.

Local ranchers and farmers bring in raw fiber, which is first picked over (skirted) by hand to remove larger pieces of foreign matter like grass, twigs, and manure, then it goes through a series of steps that clean it further, starting with the dirty picker that separates even more garbage out. 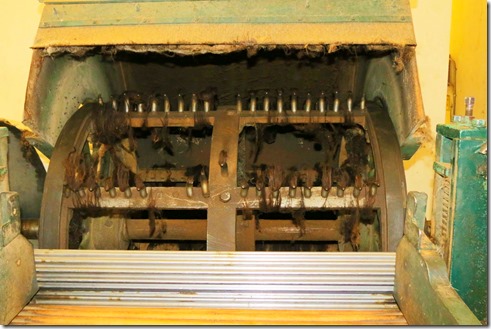 Next are four separate baths to soak out more dirt and debris (I bet you didn’t know the yarn you love to knit and crochet started out so nasty, did you?) 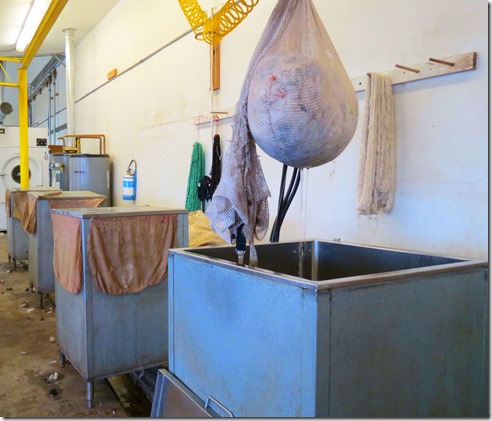 After being dried, either in these extra large machines or air dried on wooden racks, the fiber is starting to look pretty good, as Charlie Golwey demonstrates. 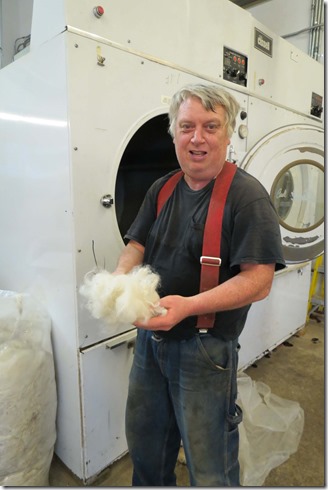 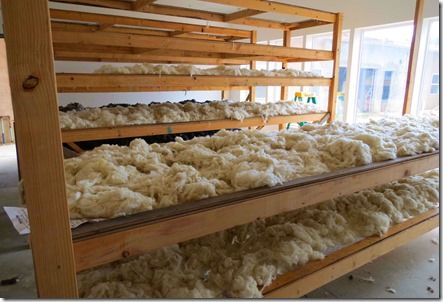 But it’s far from ready to use yet. The next step is the clean picker, where it is pulled apart and made ready for the carding machines. 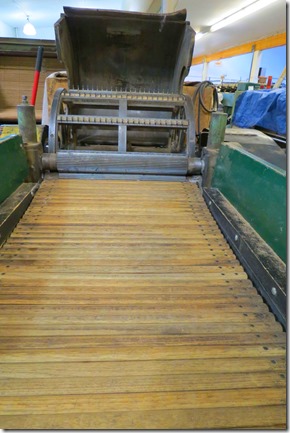 These huge machines reminded me of my old newspaper printing press and were almost as big! 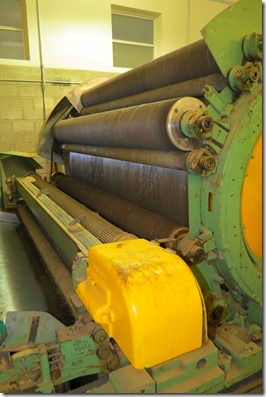 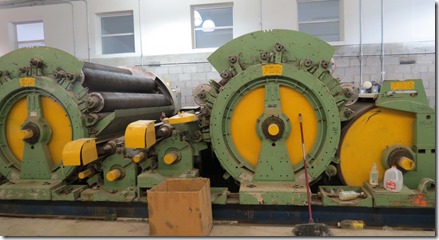 Each roller has thousands of small metal teeth that separate (comb) the fiber, which is then formed into long ropes. 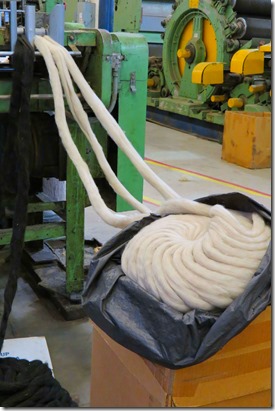 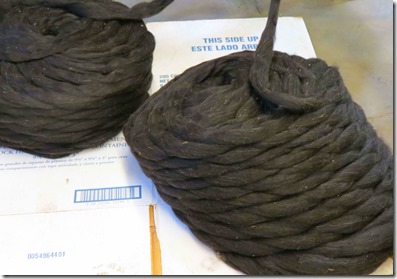 Depending on that the customer wants, yarn may be left its natural color, or dyed outside over an open wood fire in these three large stainless steel vats. 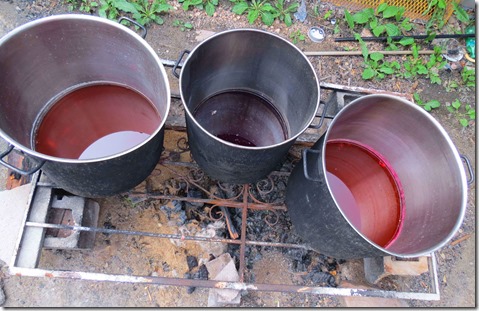 Eventually other machines (by the way, most of the machinery at the mill is antique) wind it onto bobbins, and then cones, ready for the customer to pick up. Deana said that, on average, 100 pounds of raw fiber results in 50-60 pounds of processed yarn. 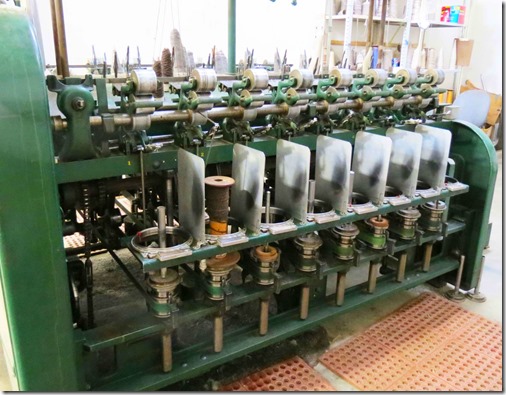 After we finished our tour, we went back to the gallery, where Miss Terry spent an hour or so selecting yarns to use in her weaving and crocheting projects. I don’t think the smile ever left her face. I love to see her that happy.

Look for a feature story on the mill in an upcoming issue of the Gypsy Journal.

We had planned to spend a few days in Colorado Springs, but with the fires burning out of control in that area, it’s time for Plan B. We’ll skip that and go on to the Westminster Elks lodge on the northwest side of Denver. I’ve been told I-25 northbound is a mess due to the fires and evacuations, but I can’t find an alternate route without adding 150+ miles to the trip. So I guess we’re in for a long and probably frustrating drive today.

Thought For The Day – In life, you can have a million excuses or a million dollars, but not both.

2 Responses to “Miles And Smiles”