Driving a motorhome in the mountains of the western United States is not for the faint of heart, but if you take your time and use common sense, the ride is safe and the view is fantastic.

We left Voyager RV Resort in Tucson yesterday morning, made a quick stop for fuel, and were rolling down the highway before 10:30, headed for the White Mountains. We took State Route 77 north, climbing all of the way. It was 99 degrees outside, but our Cummins 350 horsepower diesel didn’t mind at all. In our old bus conversion we’d have been sweating all the way, our eyes glued to the temperature gauge, and radiator misters running. 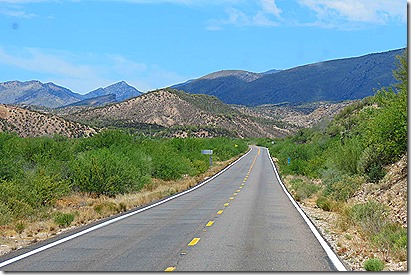 Terry was busy with her camera, taking pictures of the saguaro cacti and mountainsides we were passing along the way. 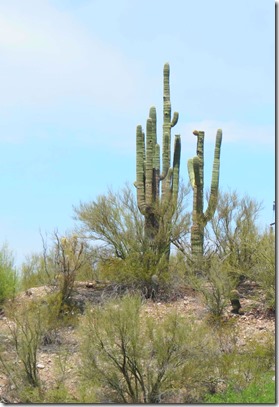 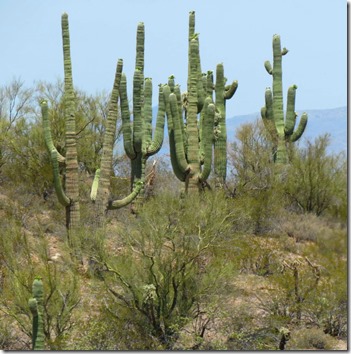 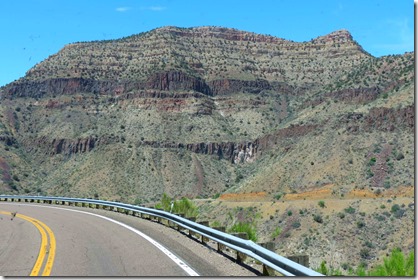 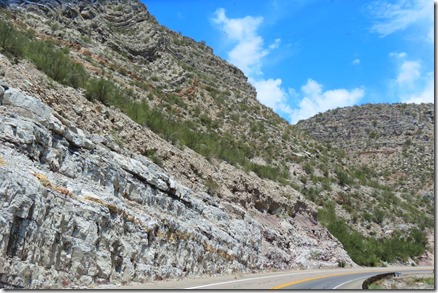 Okay, it wasn’t all uphill, we had a few downgrades too. I put the Winnebago’s Allison transmission in 3rd gear and let the PRXB PacBrake that Redlands Truck & RV Performance Center installed last year do all the work. I never had to touch the brake pedal and actually had to goose the accelerator a couple of times to keep us at the speed I wanted. 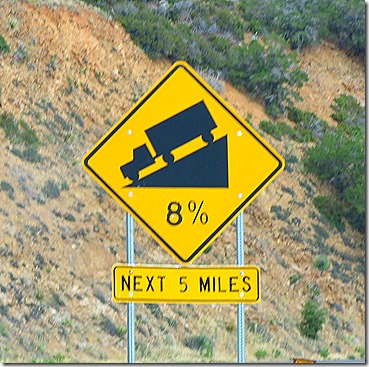 90 miles from Tucson we turned north on U.S. Highway 60 in Globe, for the final run into our old hometown of Show Low. We’ve been over this road more times than we could count, and most of it is good two lane, with plenty of extra passing lanes along the way. 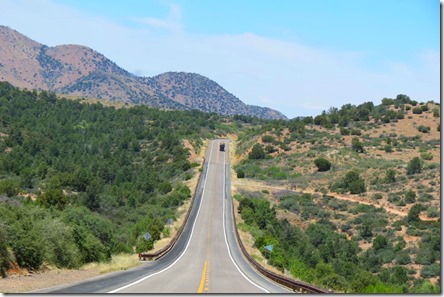 The highway drops down to the bottom of the Salt River Canyon and climbs back out the other side. Folks in Arizona call this the “other Grand Canyon,” and it’s quite a ride, five miles down and five miles back up. The views are breathtaking, but pull off in one of the many viewpoints to rubberneck. 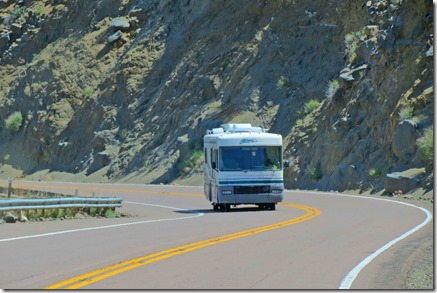 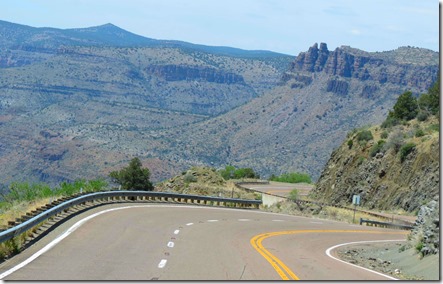 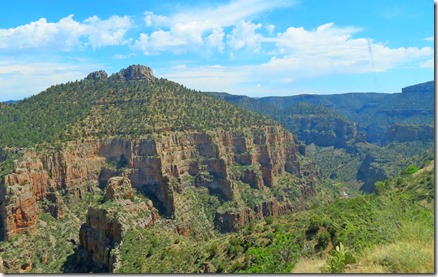 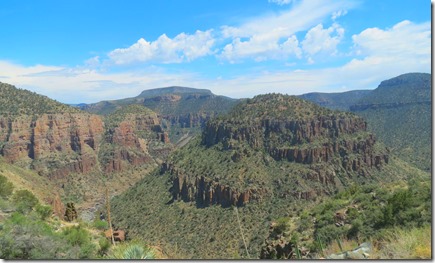 This is a dangerous road if you’re careless, and in my years of running the weekly newspaper in Show Low I covered a lot of fatal accidents in the canyon. Signs like this are there for a reason. 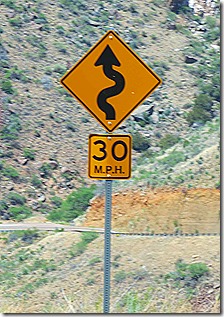 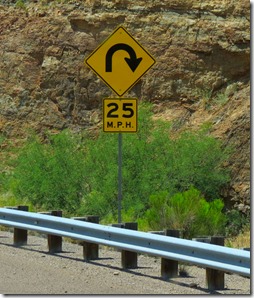 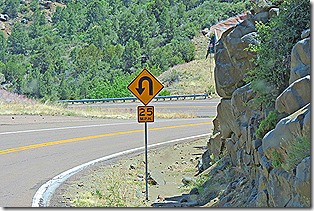 Most of the accidents seemed to be truckers who are in a hurry and pay the price. If you go over the side here, it’s a long way down. This fellow was lucky, he passed us going too fast and by the time he got to the first pullout his brakes were smoking. But at least he got stopped. 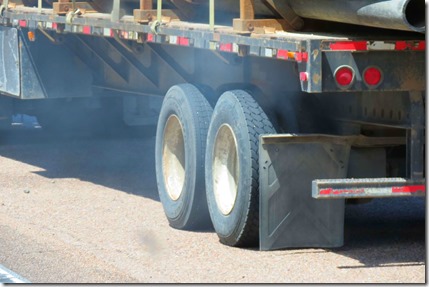 Rock slides are another hazard. Hitting one of these could ruin your whole week!

Eventually we made it to the bottom, crossed the bridge over the Salt River, and made the climb back out. The terrain started changing quickly north of the canyon and before long, we were entering the forest. Fifty miles north of the canyon we arrived in Show Low, a little before 3 p.m., with 201 miles behind us. 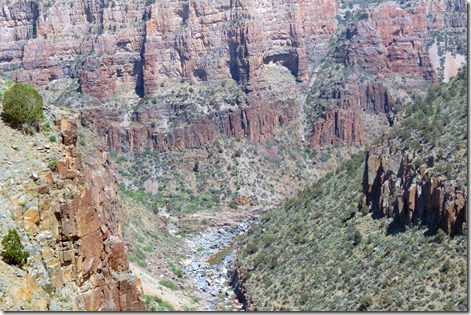 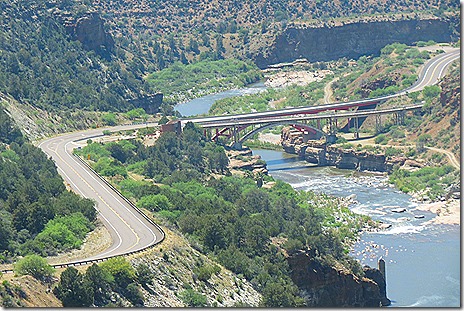 As I expected, even though they told me they were full on the telephone, when we arrived less than half the RV sites at the campground at the Elks lodge were occupied. We pulled into our 50 amp full hookup site, and discovered a problem.

A couple of weeks ago, Greg White replaced the plug on the RV end of our motorhome power cord, and we decided that the corresponding plug inside the utility bay was okay. Apparently not. We could not get any power into the coach. The cord was carrying power in, but none was coming out of the built-in receptacle to the bus bar. A couple of guys from the lodge who are electricians took it apart and it looks like the receptacle is fried. By the time we tried this and tried that it was getting dark, so we decided to tackle the problem in the morning. There are a couple of RV service places up here and hopefully one of them will have a replacement receptacle in stock.

It’s nice and cool here, with daytime temperatures in the upper 70s and overnight lows in the mid-40s, so we’ll be just fine. If we can’t find the part we need locally, we’ll go to Plan B, as soon as I figure out what the heck Plan B is.

Thought For The Day – Just because it’s difficult doesn’t mean it won’t be worth it.