After a slow paced morning of checking our favorite blogs, reading and answering e-mails, and relaxing, we picked up Greg and Jan in the early afternoon for a trip up the Apache Trail.

State Route 88, the Apache Trail, was built in the early 1900s to carry building materials to the Roosevelt Dam construction project that created Roosevelt Lake. The winding two-lane route passes through Tonto National Forest, Lost Dutchman State Park, Tortilla Flat and on to Roosevelt Lake. From there you can continue on to Globe and return to Apache Junction by way of U.S. Highway 60. It is paved to a little past Tortilla Flat and then becomes gravel. On this trip we only planned to go as far as Tortilla Flat.

Our first stop was Goldfield, which got its start in 1892 when a rich vein of high grade gold ore was found in the area. Within a year hundreds of miners had flocked to the new boomtown and before long Goldfield boasted a boarding house, general store, three saloons, a blacksmith shop, brewery, meat market and a schoolhouse. 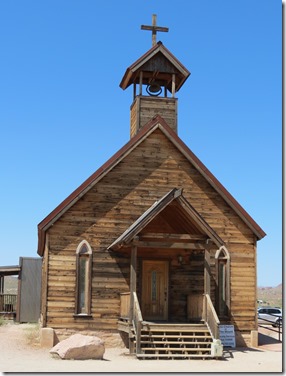 For a while it looked like Goldfield would become larger than Mesa, but within five years the boom went bust, and when the gold played out the town quickly went into decline. By 1898 the post office had closed and the roadrunners and rattlesnakes took over. There were a couple of failed attempts to revive Goldfield, but nothing much happened until the early 1970s, when ghost town and treasure-hunting enthusiast Bob Schoose purchased the site. Over time he rebuilt Goldfield and today visitors from around the world come to explore a real gold mine, ride Arizona’s only narrow gauge railroad, shop for souvenirs in a small collection of stores and mercantiles, and watch gunfighters shoot it out on Main Street several times a day. 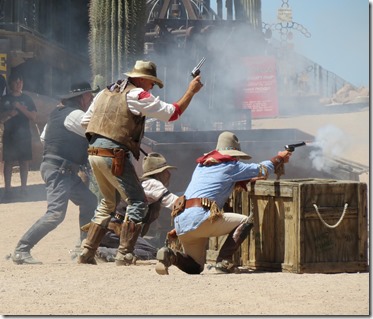 It’s worth a stop at Goldfield just for this fantastic view of the Superstition Mountains. 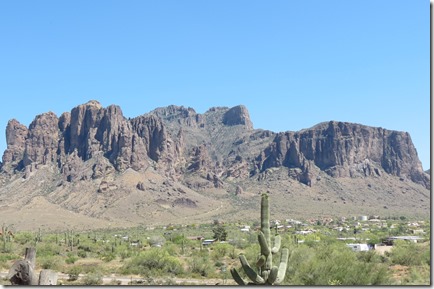 Back on the road, we passed through some dramatic country with lots of rock formations to kept our necks craning in all direction at once. 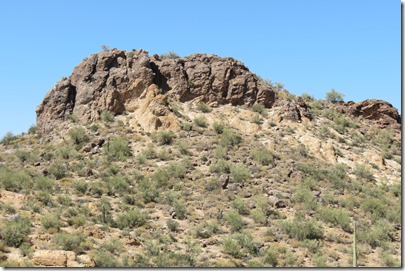 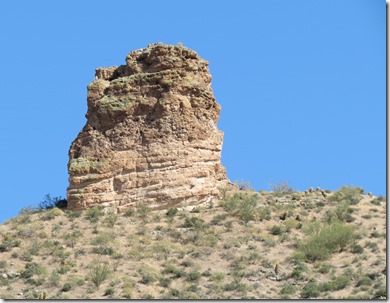 Eventually we came to Canyon Lake, with more than 28 miles of shoreline and 950 surface acres. The water was busy with boaters and jet skiers having fun and enjoying the first 100 degree day of the year. 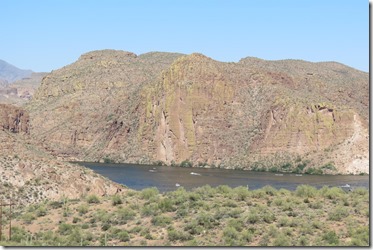 We crossed a couple of one lane bridges that led to quiet coves fishermen seek out in search of bass, trout and catfish. 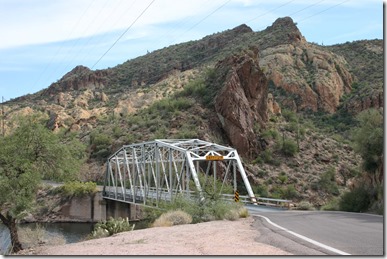 Tortilla Flat started out as a stagecoach stop in 1904 and has evolved into a tourist attraction that includes a bar and restaurant, and a couple of gift shops. We bought ice cream and sat on benches on the covered porch to eat them and enjoy the views of the mountains. 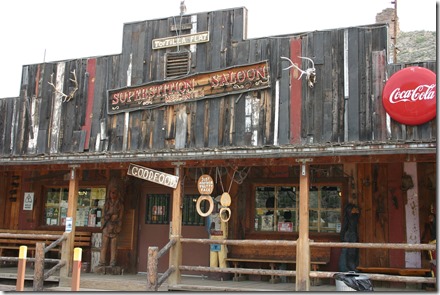 And yes, Greg and I may have noticed a couple of young ladies in shorts and halter tops, but only because we were worried they might get a bad burn with all that skin exposed to the hot desert sun. I guess it’s just our nature to always be concerned about the younger generation that way.

Speaking of the younger generation, my young friend Traci Tyne Hilton is a real sweetie and an accomplished mystery author who writes books you could feel comfortable reading to your mother. Check out my interview with Traci on my self-publishing blog.

Thought For The Day – Women who strive to be equal to men lack ambition.

One Response to “Hitting The Trail”