Yesterday we drove back to the Mayo Clinic hospital to see Terry’s dad and he was sitting up in a chair looking great. We are all very pleased with his recovery and it looks like he may get to come home today. The world looks so much brighter than it did just a few days ago!

We were low on gas, so I stopped to fill the Explorer’s tank, noting the $3.65 a gallon sign. But when I started to pump it the price changed to $3.75. That’s when we noticed the small print on the sign that said Cash Only. No problem, I put in enough to get me to another station comfortably and left. You’ve got to watch those sneaky signs!

On the way home we stopped at the grocery store and while Terry was inside, I admired this beautiful old 1965 Mustang convertible that was parked next to me. 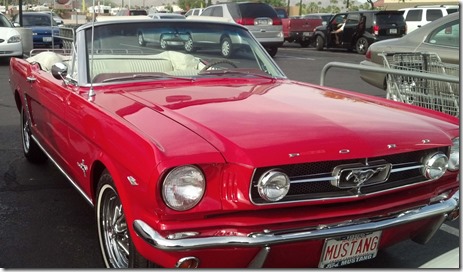 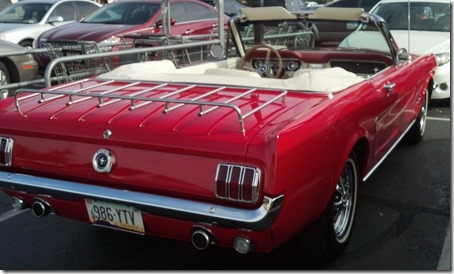 I love classic cars and have always considered myself lucky to have started driving back in the muscle car days when gas was 29 cents a gallon. Over the years I’ve had a lot of very nice old cars and trucks, including a couple that won trophies in car shows. These have included a couple of classic Corvettes and something like 16 or 18 vintage Mustangs. When we got ready to hit the road I owned a ’69 Corvette, a ’58 Chevy pickup that was a consistent trophy winner, and two ’66 Mustangs. They are my favorite car of all time and look almost identical to this ’65. Eventually the lady who owned the car came out and I complimented her on her nice ride before she drove away. 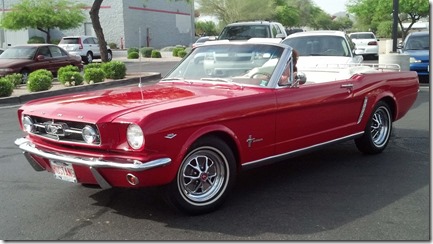 Back home Terry made a roast in her Breville toaster oven

. She says she doesn’t know how she could cook without it, since we don’t have a regular oven in our Winnebago. She likes the Breville much better than the microwave/convection oven that came in our motorhome. In fact, she likes it so much that we gave her Mom a Breville last year, and she’s now a fan, too. 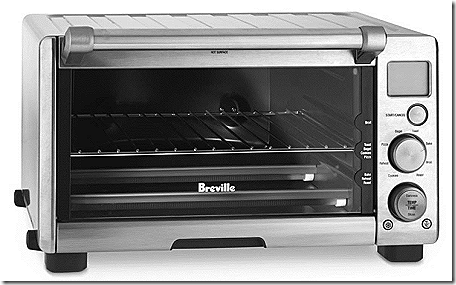 Wow, my readers are the best! I released Big Lake Blizzard on Monday evening and by yesterday evening it had over 350 sales on Amazon. And that doesn’t count sales on Smashwords.com for Nook and other e-book readers! Thank you for your support and for telling others about my books.

I’ve gotten behind schedule on finishing the new issue the last couple of days, so it’s time for me to get my nose back to the grindstone and get it done.

Thought For The Day – Nobody ever went blind looking at the bright side of things.

14 Responses to “A Brighter World”