Nick's Blog » Coming To A Campground Near You!

I figure by now you’re tired of hearing about me working on the new issue of the paper, but that’s what I did again yesterday, getting a little over another six pages finished. But rather than bore you with the details, I thought we’d start your week off with a chuckle or two about what you may see in a campsite near you one of these days.

We’ve seen some oddball RVs in our travels around the country, and if you’ve spent much time on the road you probably have, too. Sometimes I’ve just had to scratch my head and ask “Why” but I guess beauty is in the eye of the beholder. Here are some we’ve seen and others that readers have sent us. 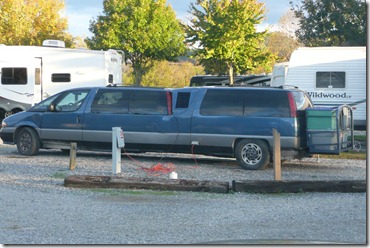 When Janice Schultz sent me this, I guessed this is what happens when you take your stretch limo camping. 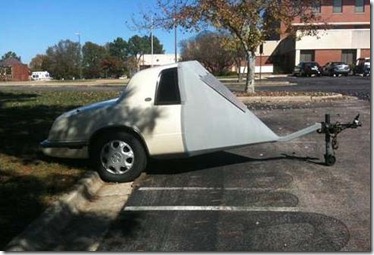 Then again, this might be more your style if you prefer a smaller campsite. 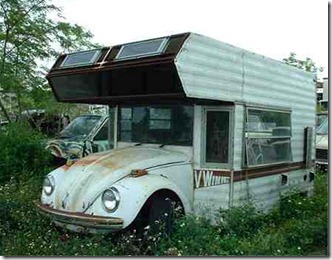 And this must be what happens when you breed a Volkswagen with a Winnebago. 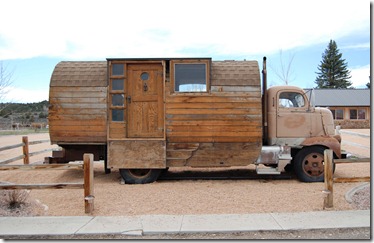 I can’t say the same thing for this thing. 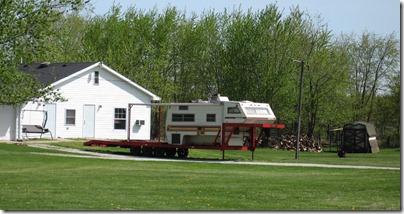 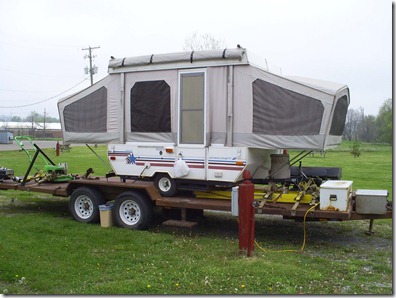 Apparently putting campers on trailers is popular with a lot of people. 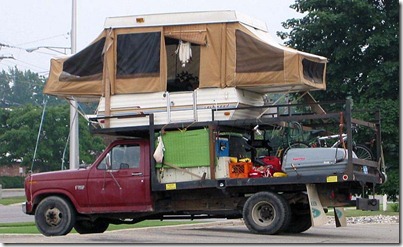 Or, you could put one on top of your truck. 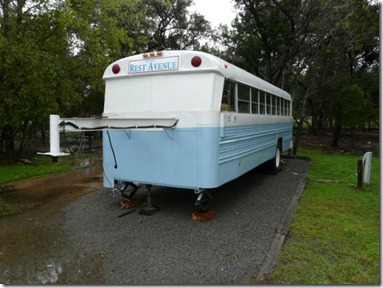 George Stoltz sent us a picture of this unique fifth wheel, if you prefer to tow your home on wheels. 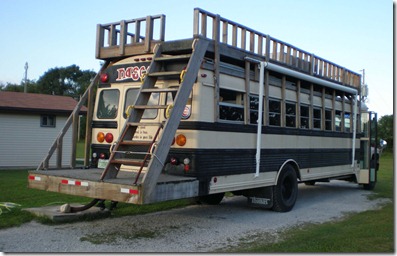 Some of the bus converters can get pretty creative. 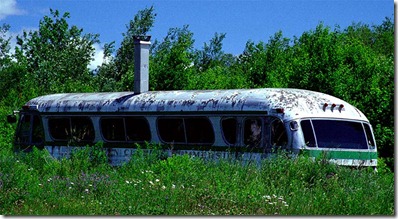 I don’t think this bus Jim Aslin sent us has moved in a very long time. 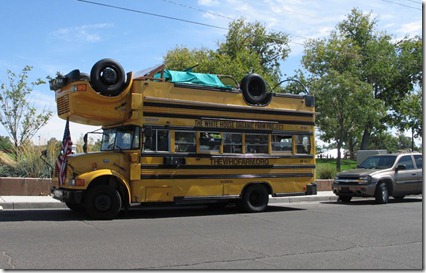 You know that old saying about keeping the shiny side up and the greasy side down? Whoever made this thing that Joyce Space photographed in Albuquerque  apparently never heard it. 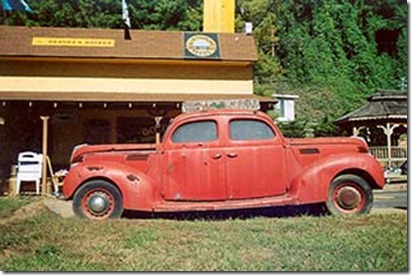 I wonder if the guy with the two-sided bus tows this behind him? 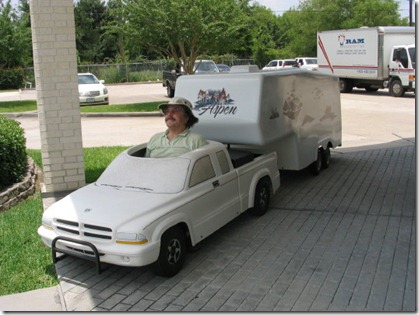 Have you seen some strange looking RVs? If so, send me a picture. If we get enough I’ll run a sequel to this blog one of these days.

Thought For The Day – The secret of a happy marriage is to have a bad memory.

3 Responses to “Coming To A Campground Near You!”