Well, a brand new year starts tomorrow and, as always, I’m excited to see what it holds for us. But first, it’s time for my annual year-end review, looking back at the twelve months behind us. And what a busy year it was!

We started the year at the Escapees Sumter Oaks RV Park, near Bushnell, Florida, which is just 50 miles from where we are ending it, at the Orlando Thousand Trails Preserve. But in between, we covered just about exactly 12,000 miles in our Winnebago motorhome. That compares to 9,842 miles the year before.

In early January, we drove to Arizona, with stops in Dickinson, Rockport, and Mission, Texas along the way. We spent some time visiting Terry’s parents in the east Mesa area, and then went to Yuma in March for our western rally.

We bounced around Arizona during April and May, with a quick trip to Redlands, California to get some work done on our motorhome at Redlands Truck and RV Service. Hot weather and the smoke from bad forest fires drove us from the Verde Valley Thousand Trails preserve, and we spent some time in our old hometown of Show Low visiting my daughter and her family.

Eventually it was time to say goodbye and head toward the Midwest, which we did in a leisurely manner, stopping for a couple of days in Amarillo, Texas to cross a stop at the Big Texan steakhouse off our bucket list. 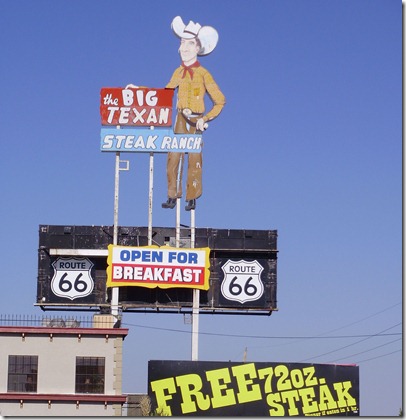 Then we took two lane roads through Kansas and Nebraska. One unplanned delight was Concordia, Kansas, where we spent a night in a delightful little city park and visited the National Orphan Train Complex, and the site of a World War II POW camp. 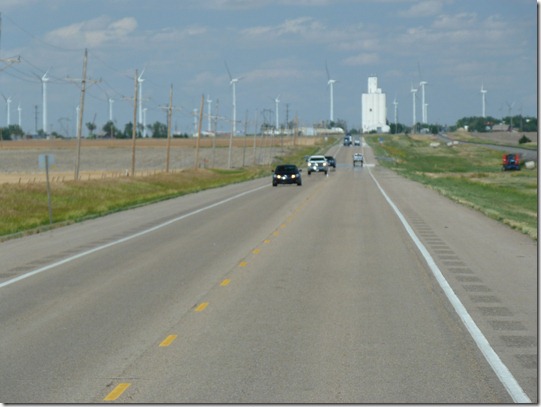 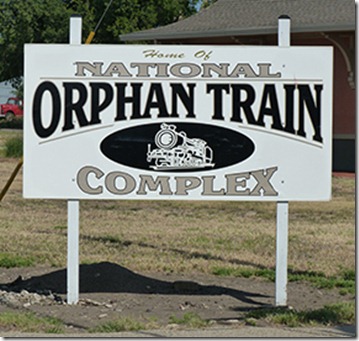 After stopping at Blue Ox in Pender, Nebraska for a factory tour, we went to Sioux Falls, South Dakota to get our driver’s licenses renewed, then wandered into Iowa, where we stayed at another nice little city park in Mason City, and toured The Music Man Square, which included the boyhood home of composer and playwright Meredith Willson. 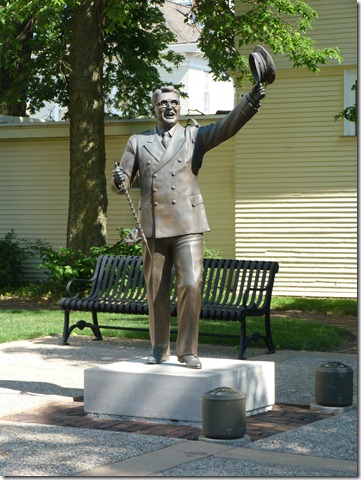 Our next stop was Dixon, Illinois to tour Ronald Reagan’s boyhood home. 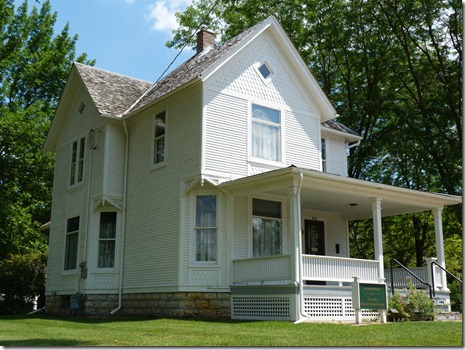 Then we made our way to Muskegon, Michigan to visit my cousin Berni Frees and her husband, Rocky. While we were there, Rocky arranged a tour of the SS Milwaukee Clipper, a Great Lakes passenger ship that ran between Muskegon and Milwaukee, Wisconsin back in the golden age of steamship travel. 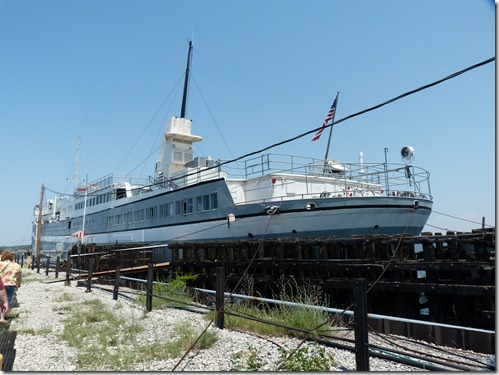 We spent June at one of our favorite places, Elkhart Campground, in Elkhart, Indiana, and July found us exploring New England. It would take several seasons to tour all of New England, so this trip we concentrated on eastern Massachusetts, visiting Cape Cod, touring Plimouth Plantation and Old Sturbridge Village, and the historic whaling port of New Bedford, to name just a few places we saw there. 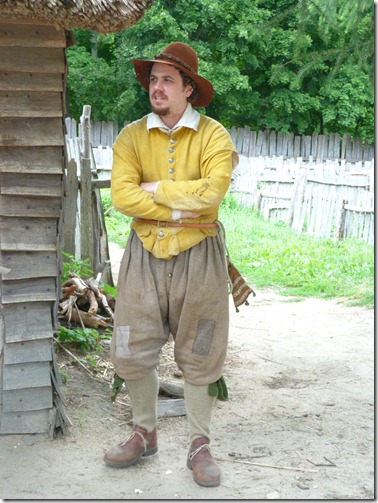 Another place we crossed off our bucket list was Mystic Seaport in Mystic, Connecticut, and yes, we had a wonderful meal at Mystic Pizza! 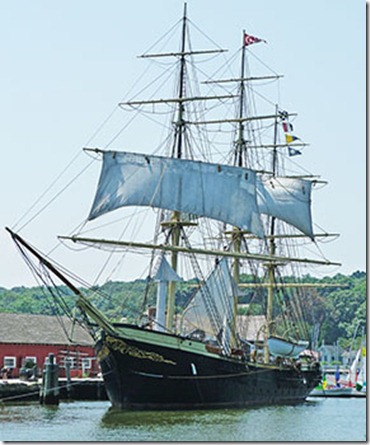 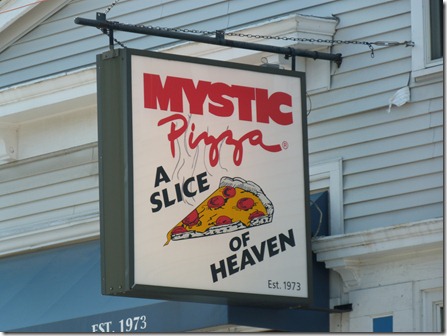 A lifetime ago I was stationed at the U.S. Military Academy at West Point, New York, and when we left Massachusetts we stopped in New York and I spent a couple of days getting reacquainted with part of my past. I’ve always loved the Military Academy, with its granite gothic buildings and picturesque setting on a bluff high above the Hudson River, and if I could have stayed there, I’d have made the Army a career. 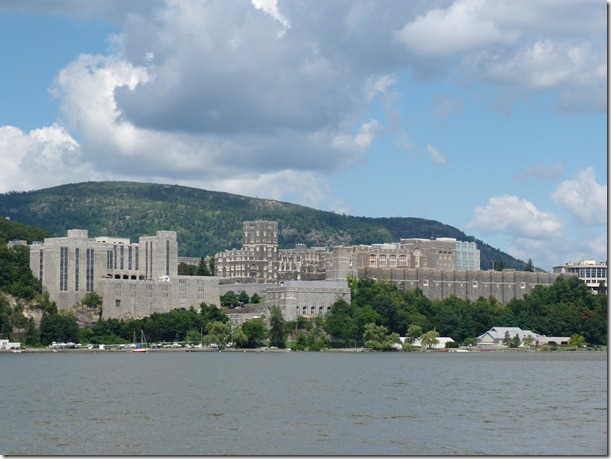 We had to get back to Elkhart to get a new issue of the Gypsy Journal out, and then we beat feet for Celina, Ohio for our Ohio Rally. It was there that we made the hard decision to stop holding rallies for the foreseeable future. They had become too time consuming and we found that they had taken over our schedule, to the exclusion of a lot of other things we wanted to do.

After the rally, we spent a couple of weeks at the Indian Lakes Thousand Trails in Batesville, Indiana, using it as a base to tour the Air Force Museum in Dayton, Ohio and several other places in the region.

Then it was on to Pennsylvania for two weeks at the Hershey Thousand Trails, and from there south to Colonial Beach, Virginia for two weeks. We really need to spend more time in Virginia, there is so much to see and do there.

Moving further south, we spent a week exploring one of my favorite cities, Savannah, Georgia, and I could have stayed another month. I cannot explain the pull this beautiful, historic city has on me. Sometimes I think I must have lived there in a past life.

Another place I love is the Florida Keys, and we spent two weeks on Big Pine Key, with wonderful views of the water, just soaking up all the salt air and learning to live on Island Time. 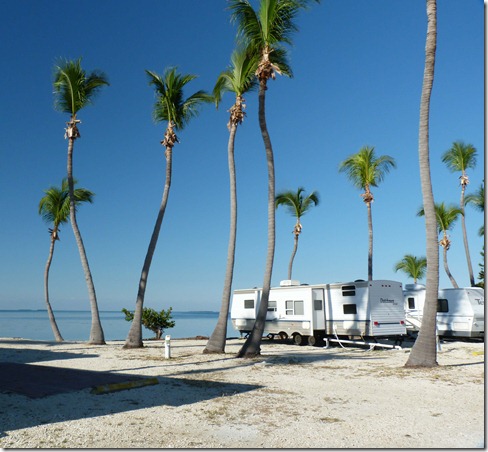 Moving back onto the mainland, we quickly remembered that central Florida can be darned cold in the wintertime. But our hearts are warmed by the memories of the good times we’ve shared with good friends, and all of the good places we’ve visited in the past year. So goodbye, 2012, and hello 2013! What new adventures do you have in store for us?

Thought For The Day – All men are animals; some just make better pets.