Nick's Blog » I Ain’t Scared Of No Gators!

A while back when I mentioned paddling our Sea Eagle inflatable kayaks this winter, somebody said we were nuts with all of the alligators here in Florida.

Yes, there are lots of alligators, no question about it. Sometimes I think any body of water bigger than a birdbath has at least one resident gator. Here are some we’ve seen in the last few years. 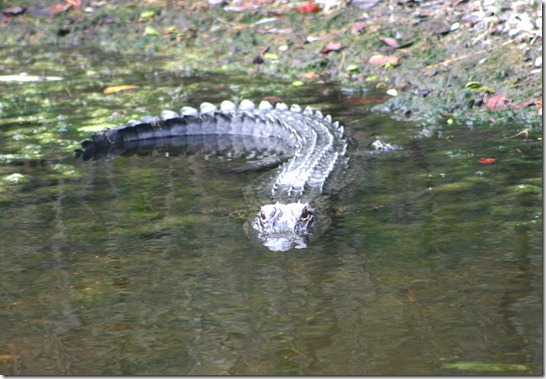 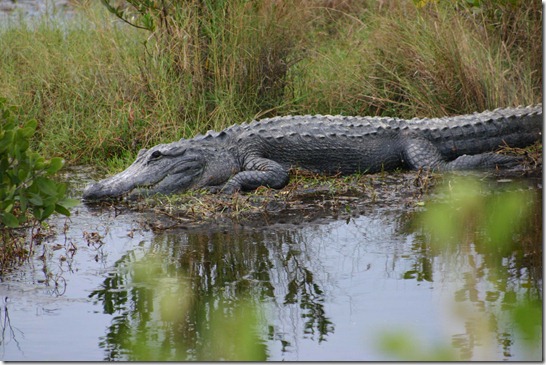 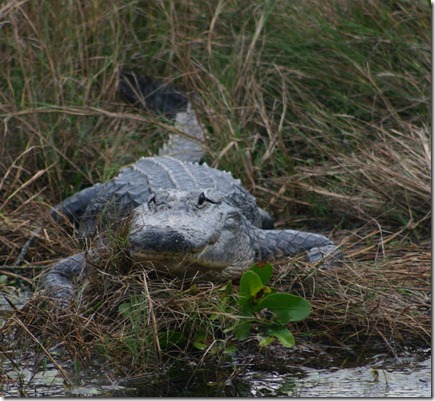 And yes, alligators are dangerous animals if you mess with them. But as long as one exercises common sense and gives them a wide berth, you’re probably in more danger driving to the lake or river to launch than you are in the water itself. I hear about a lot more injuries and deaths in automobile accidents than I ever have from alligators. And I’ve never found a documented case of an alligator attack on a kayaker.

Now here’s one thing you’d never catch me using in these waters! This is a fishing float tube. You sit in a nylon sling or seat and use swim fins to paddle yourself around. I have used a couple different models when fishing on the lakes in Arizona’s White Mountains and loved them., But I just can’t see my legs dangling in the water with fins on them in gator country. But they sell them here, proving that we really do need to thin the gene pool. 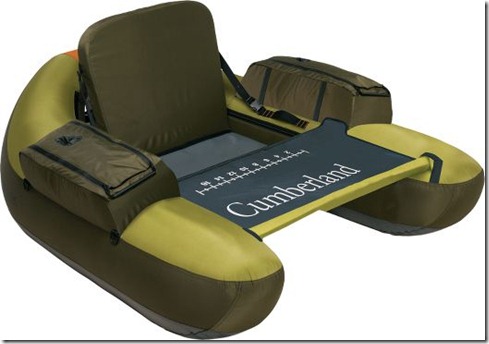 But enough about Florida’s alligators. What about the bears? Yes, they have black bears in Florida. The first time I saw one of these signs, I thought it was a joke. But there are enough bears that they can be a nuisance at times. 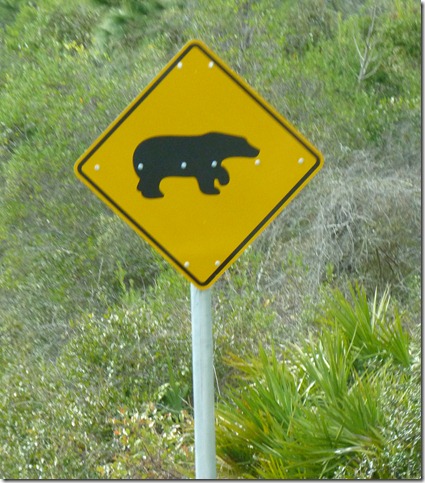 We have seen local news footage of bears in suburban swimming pools and backyard trees. One was struck by a car near Sanford, in the east central part of the state a couple of days ago and had to be euthanized. Wednesday night WESH 2 News out of Orlando had video of another bruin, estimated at 600 pounds, casually wandering down a street in Longwood, a few miles north of Orlando. Other news reports say a bear chased kids out trick or treating on Halloween, and another attacked a dog.

I’ve lived in bear country in Arizona and the Pacific Northwest and have come across several over the years. As with most wildlife, if you give it room and don’t bother it, it will go on about its business.

Now, while gators and bears don’t cause me much concern, snakes scare the hell out of me. I don’t care if it’s a harmless garter snake or a king cobra, I scream like a girl whenever I encounter one. Yeah, I know, give them room, they’re harmless, blah, blah, blah. I hear you, and I’m still terrified of the slithering creatures, no matter what flavor they are. I’d drive over any bridge in the country to avoid a snake.

So you can be pretty sure that while I’ll paddle my faithful Sea Eagle anywhere, I’m not going anywhere off the pavement in the Everglades. The place is overrun with huge pythons that have either escaped from or been set loose by pet owners. They can grow to 25 feet and have no natural enemies here, and they eat everything from family pets to small game and rabbits, to small alligators. In fact, they have become such a problem that the state is holding the 2013 Python Challenge, a contest to see who can dispatch the most number of them and the largest single snake. (“Dispatch” is a politically correct term for “kill.”) The grand prize is $1,500, but that’s about a million bucks shy of what it would take to get me to go python hunting.

Now, if I’ve managed to scare you away from Florida this winter, tune in next time, when we talk about Arizona’s rattlesnakes, scorpions, and Gila monsters.

Thought For The Day – If at first you don’t succeed, cheat, repeat until caught, and then lie!

5 Responses to “I Ain’t Scared Of No Gators!”