We would really like to get our Sea Eagle kayaks wet while we’re down here in the Florida Keys, but so far the weather has not cooperated. It warmed up nicely yesterday, but the wind was still kicking up some strong gusts and there were whitecaps in several places. We’re not whitewater adventurists, we’re old farts that prefer things nice and calm. Hopefully things will improve in the week we have left here.

Yesterday we took a drive down to Key West, but we didn’t stay long. There was a lot of road construction coming into town and the place was a madhouse. Cars, scooters, and bicycles everywhere, coming at you from three directions at once, and after I managed to avoid hitting two different bicyclists in one short block that darted out in front of us without looking, Terry said she was ready to leave.

A few years ago we spent eight days in Key West, staying on our friends Tom and Diane’s houseboat, and it must have recognized us, because it winked at us as we drove by. 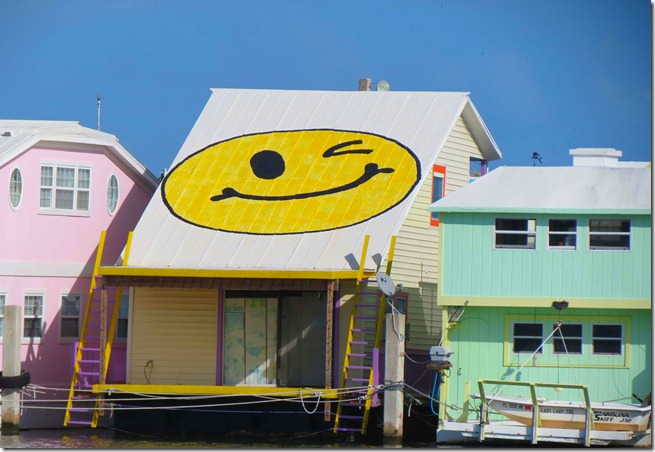 Our friends Joe and Marcia Jones are staying at the military FamCamp but I did not have their phone number. We tried to stop and see if we could find them, but the guard on duty wouldn’t let us on the base, so we’ll have to catch them another time. Poor planning on my part.

We stopped at a couple of RV parks to drop off sample bundles of the Gypsy Journal on the way out. That close to Key West, the prices are way too high for this little fat man’s budget!

After a stop at Winn-Dixie in Big Pine Key, we drove past our campground a mile or so to check out Veteran’s Memorial Park, at the southern end of the Seven Mile Bridge. We kayaked there a couple of times with our friends Dennis and Cindy Henderson on our previous visit to the Keys. Here is a picture of out first time on the water in our old hard shell kayaks from back then, with the Seven Mile Bridge in the background. 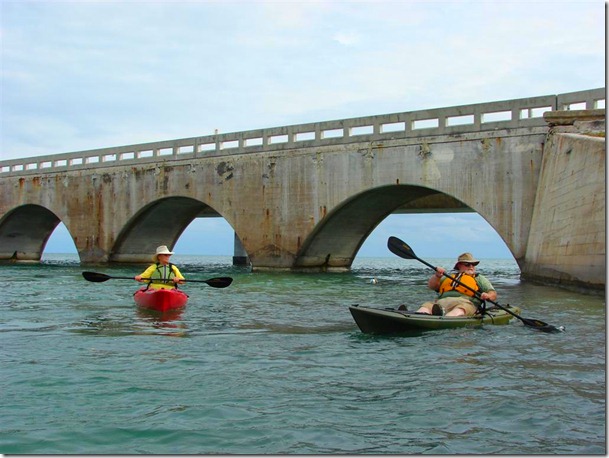 I love my Sea Eagle PaddleSki, but I have to admit that seeing all of the nice fishing boats in the Florida Keys makes me want one too. Something like a 22 to 26 foot center console would be nice, with a big Evinrude outboard. Or maybe a nice cuddy cabin? 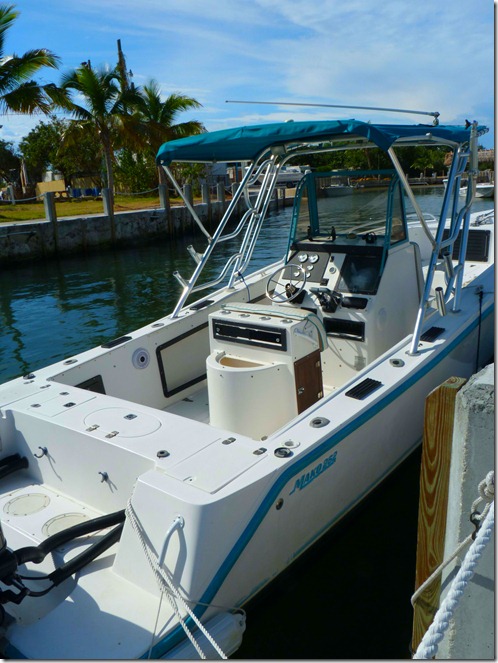 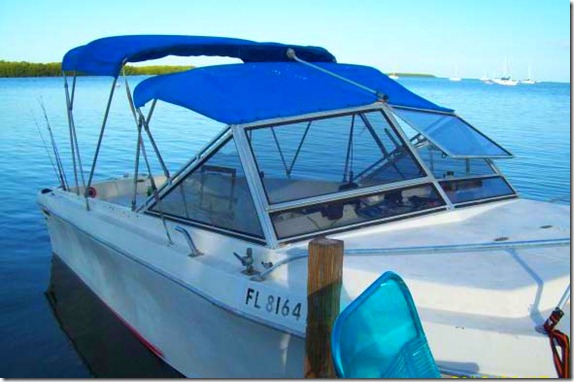 Yeah, I know, it makes no sense at all, since I’d have no place to store it when we’re traveling. But a guy can dream, can’t he?

Somebody suggested that maybe I need one of those amphibian RVs we see on TV once in a while. Yeah, right! You just know I’d get up to go to the bathroom in the middle of the night, make a wrong turn because I was half asleep, and probably drown!

4 Responses to “Wind And Whitecaps”