On our first day here, we encountered this fellow, who looked to be about three feet long. There are three types of iguanas in the Florida Keys and are all extremely invasive. The green, Mexican spiny-tailed, and black spiny-tailed iguanas are all prevalent throughout the area. Green iguanas can grow up to six feet in length, reaching weights of forty pounds or more. 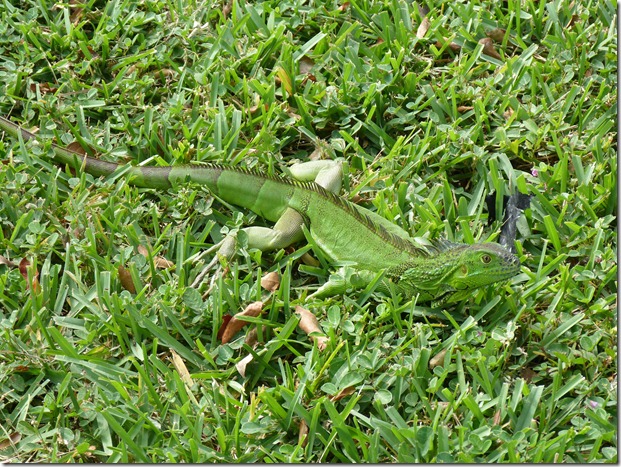 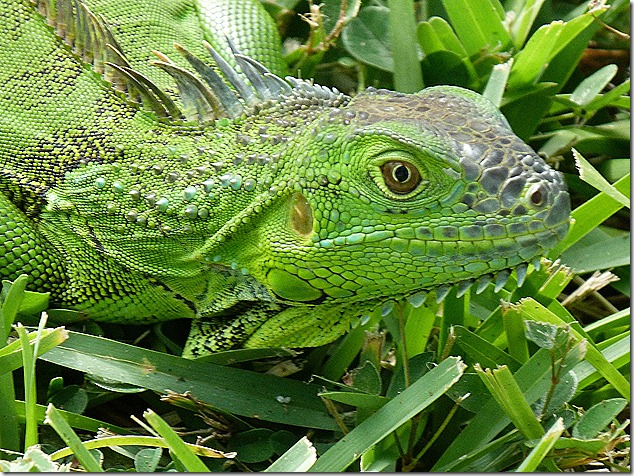 Most originated with released pets, and since they have no natural predators in the Keys, they have taken over, causing damage to gardens and fruit trees, burrowing under sidewalks and seawalls, and their droppings carry the salmonella bacteria. They can also inflict nasty bites if handled, or deep scratches from their sharp claws. A recent article on the Keys News website said iguanas are taking over the historic cemetery in Key West, and one city councilman said it was “time to break out the baseball bats.”

Of course, there are seagulls everywhere. Miss Terry doesn’t like seagulls. They seem to think she is a perfect target, and she’s been “bombed” more times than she cares to remember. Yeah, I know, she probably doesn’t need this reminder.

But those are just one species of the hundreds of birds that can be found flying, swimming, and wading around the Keys. Everywhere you look there are birds. 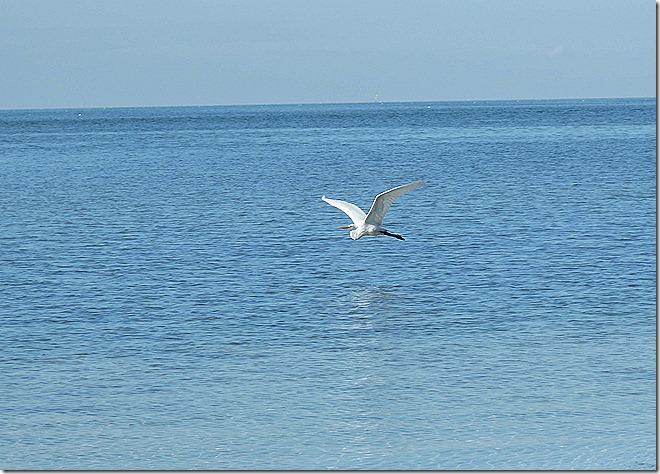 You can find any kind of wading bird you’d ever want to in the islands. Great Egrets were hunted nearly to extinction for their plumes in the late nineteenth century, but have rebounded thanks to federal laws to protect them. 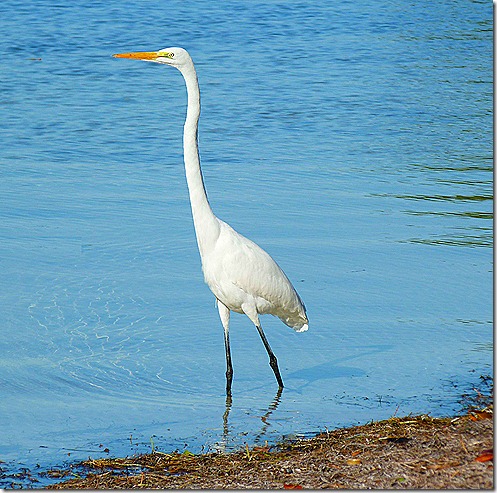 Pelicans are cool birds, and they are all over the place. I think I like pelicans because they look like they have an attitude and they seem to be about as clumsy as I am. Pelicans don’t land on the water so much as simply crashing into it. 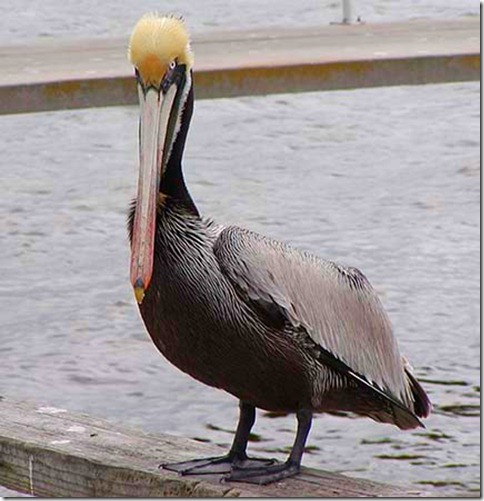 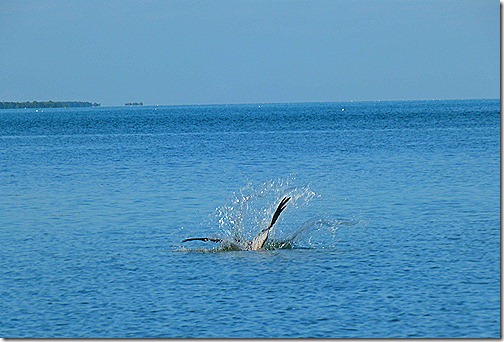 The Portuguese Man-Of-War is a jelly-like animal with a vicious sting. The toxin secreted from their tentacles are about seventy-five percent as powerful as cobra venom, and in extreme cases can cause serious effects, including fever, shock, and interference with the heart and lungs. 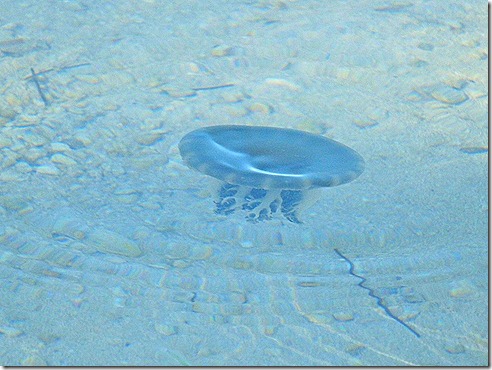 And about those deer…. The endangered Key deer are the smallest of all white-tailed deer, and the only place in the world they can be found are on Big Pine Key and neighboring No Name Key. Due to uncontrolled hunting and habitat destruction, in the 1940s their numbers were estimated at less than 50 animals. The establishment of the National Key Deer Refuge in 1957 and laws to protect them have allowed their population to grow to an estimated 600 deer today. Drive just about any side street on Big Pine and you’re likely to see Key deer. We saw this handsome buck standing in someone’s front yard. 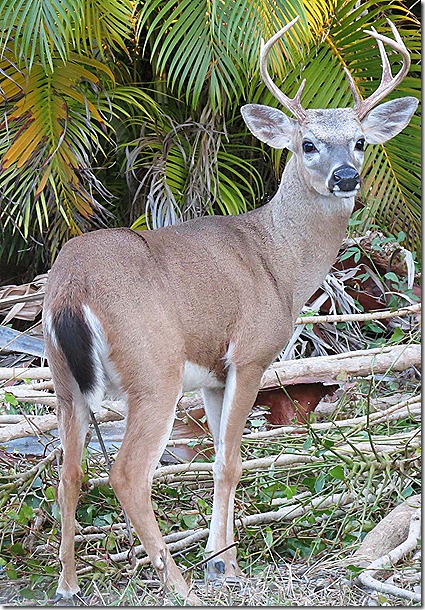 Key deer are small, graceful animals; does weigh 45-65 pounds, and bucks can weigh 55-75 pounds. Adults average 24-28 inches at the shoulder. They feed on native plants such as red, black and white mangroves, thatch palm berries and other species of plants. And do you remember those iguanas we talked about? They are one of the biggest dangers Key deer face, second only to automobiles. The iguanas eat the same plants the deer depend on, and can quickly devastate deer habitat. Folks in the Keys love their special deer, and when you drive over the bridge onto Big Pine Key the speed limit drops to 45 MPH (35 MPH after dark), and be aware that it is strictly enforced and fines can be high.

And these are just some of the wildlife around us. There are also alligators, snakes, sharks, and all kinds of fish. And that doesn’t include the party animals that can be found on Duval Street in Key West!

Thought For The Day – Whoever said homemade is cheap has obviously never purchased craft supplies.