I love the odd, quirky things we discover in our travels along America’s highways and byways, and a lot of them find their way into the blog, the Gypsy Journal, or my books. And we never seem to run out of new opportunities to find things to share with our readers.

A while back, during our visit to Greensburg, Indiana, I wrote about the tree that has been growing out of the roof of the Decatur County Courthouse since the early 1870s. At first the good people of Greensburg tried to get rid of the tree, sending a young man up to pull it loose from its precarious hold atop the steep roof. But every time they did, the tree reappeared. Eventually they decided that maybe God wanted the tree up there, and left it alone. Greensburg became known as the Tree City. 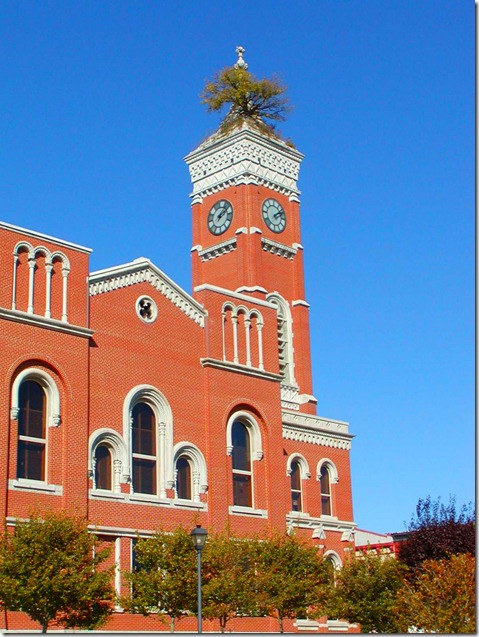 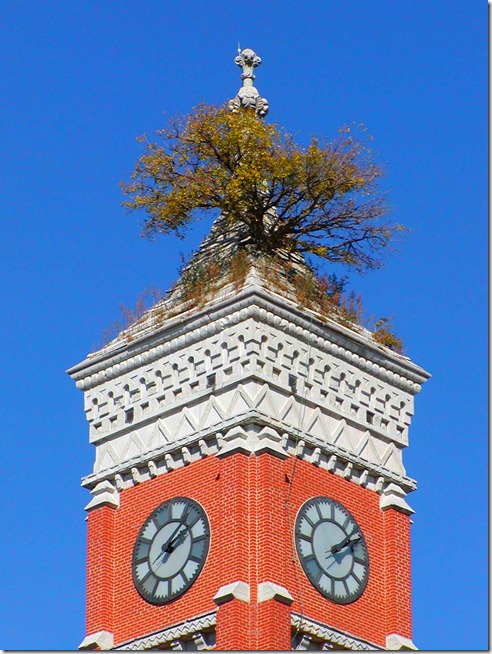 During our visit to the Florida Keys, we spotted yet another tree growing where no tree should grow.

For much of its length, a second series of bridges parallels the bridges that carry U.S. Highway 1, the Overseas Highway, south to Key West. The bridges are all that remains of the Overseas Railroad, which was officially known as the Florida East Coast Railway Key West Extension.

Built between 1904 and 1912, the railroad operated for 23 years until it was wiped out by the Labor Day Hurricane of 1935. The state took over the right of way and bridges, and converted them for use by the Overseas Highway. As time went by, the bridges deteriorated and were replaced by modern structures. Today, the spans that remain are used by pedestrians, bicyclists, and fishermen.

Driving over the Seven Mile Bridge, we took a picture of this tree, which included a Christmas star and tinsel, ready for the holidays. Mother Nature is a strange old gal sometimes, isn’t she? 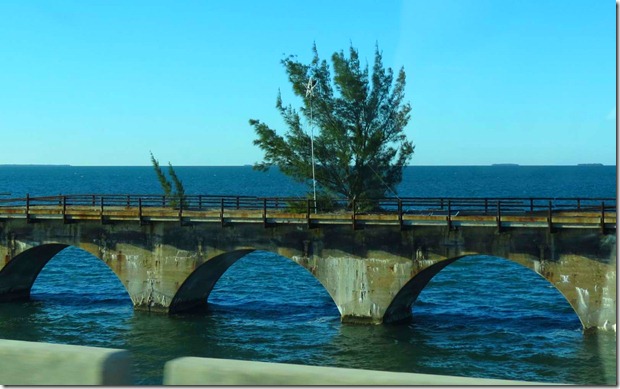 Yesterday was a stay at home work day, just like the two before it were. I’ve got nine out of 36 pages of the new issue laid out, so things are moving right along. Today will be more of the same. We need to pick up some things at the store, so we’ll take a break sometime in the afternoon and do that.

And apparently the weatherman has realized I’m in Florida; it got down into the mid-30s last night and tonight it will be in the low 40s. Brrrr! I’m glad Miss Terry and I get along so well, because it’s definitely snuggling weather!

Thought For The Day – I haven’t been everywhere, but it’s on my list.

4 Responses to “A Tale Of Two Trees”