Here in Savannah, Georgia, we escaped the wrath of Hurricane Sandy with no more than an overcast sky and some stiff breezes. I hope all of our friends further north are safe and sound.

Yesterday we drove out to Fort Pulaski, a Civil War fort that was seized by Confederate troops early in the war. Surrounded by the Savannah River and wide swampy marshes that prevented a land attack, and armed with a deadly battery of cannons to ward off naval attack, with its 7½ foot solid brick walls and eight foot deep moat, Fort Pulaski was considered invincible. 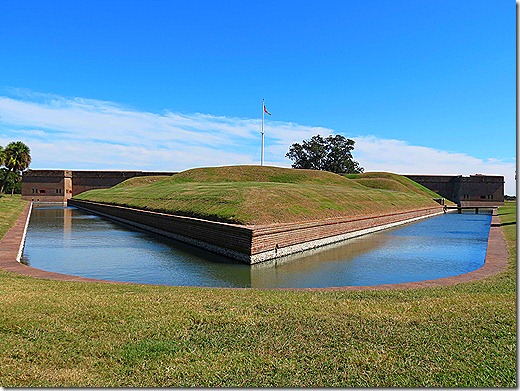 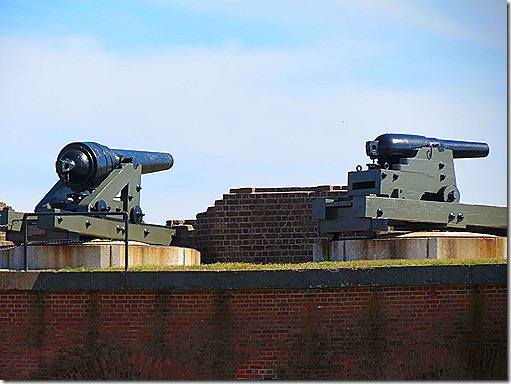 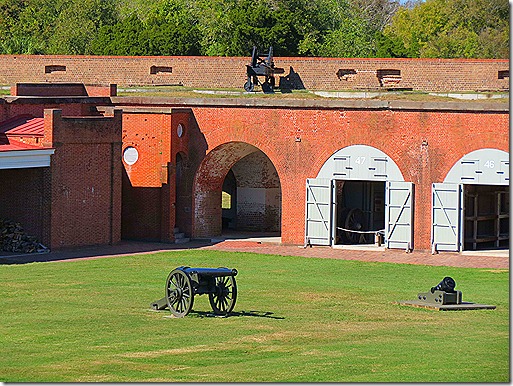 But that wasn’t the case. The fort’s commanders had not counted on the newly developed rifled cannons, which were capable of hitting targets up to five miles away. On the morning of April 10, 1862, Union forces on Tybee Island began firing at the fort. From as far as three miles away their shells smashed into Fort Pulaski’s walls, easily punching through. By afternoon on the second day of the attack, a white flag was waved over the battered fort’s parapets and the battle was over.

During our visit, a young park ranger dressed in Confederate uniform gave a very good presentation on life at the fort and the battle, and demonstrated firing his Enfield musket. 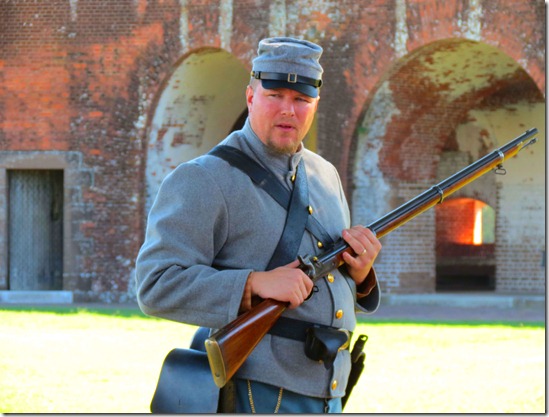 Then, Greg, Terry and I climbed up onto the wall for a better look at the battle damage. This cannon suffered a direct hit from an enemy shell, destroying its muzzle. 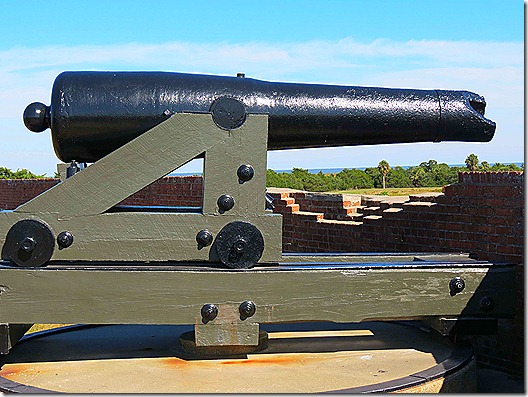 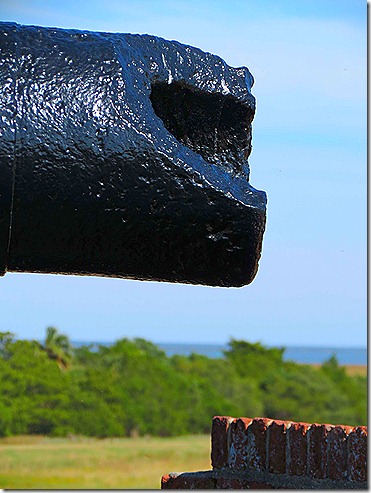 Back down below, we explored some of the casements, which held cannons and also served as a prison for Confederate officers after the surrender of Fort Pulaski. 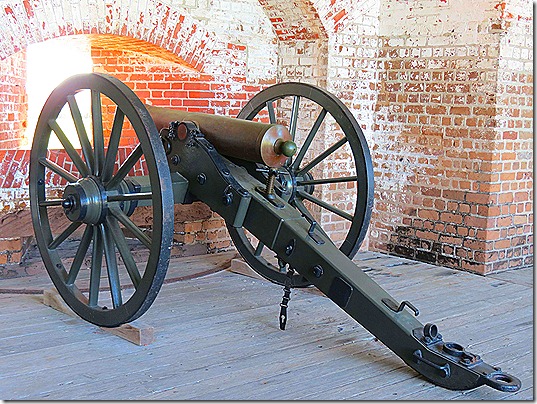 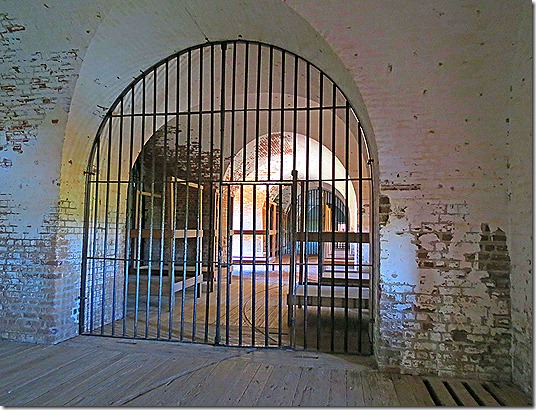 Then we walked back across the drawbridge over the moat to see the battle damage from the outside. Several cannonballs and artillery shells are still lodged in the walls. We’ll have a feature story on the Battle of Fort Pulaski in an upcoming issue of the Gypsy Journal. 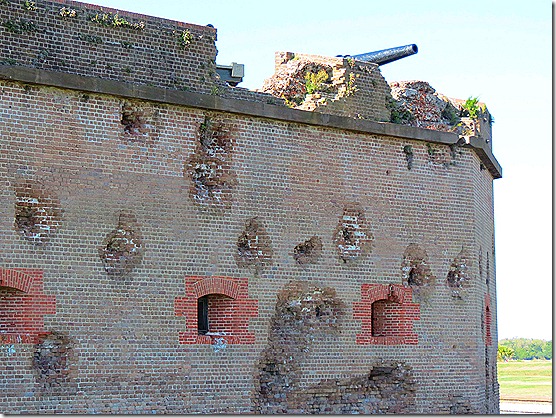 From the fort, we drove out to Tybee Island, a popular beachside resort. Even though the tourist season is over, there were still quite a few people out enjoying the water. 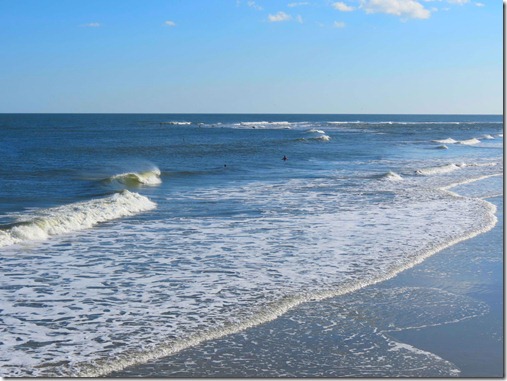 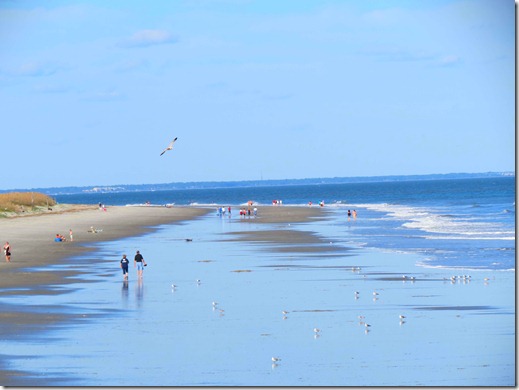 Terry assured me that the only reason she took this picture of this handsome hunk on his paddleboard, who was about ½ mile from the pier, was to see how well her new Canon SX40 worked on long distance shots. Uh huh, sure baby. 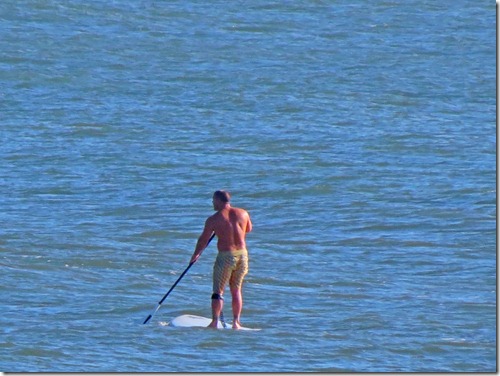 We had dinner at Uncle Bubba’s Oyster House, which is owned by TV chef Paula Dean and her brother. Our blackened shrimp and scallops were very good, but the bill wasn’t cheap. Terry was a bit offended that on a meal that cost us over $50, they upcharged her an extra $3 for her salad rather than a steamed vegetable.

We drove back into the Historic District, which I can never get enough of, with its beautiful old mansions, public squares, and live oak trees. 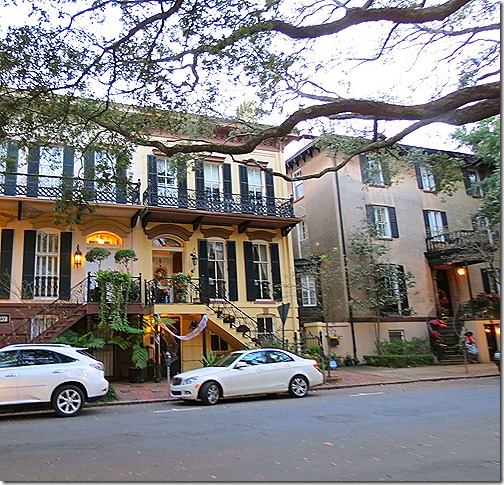 This is the Mercer-Williams House, which was featured in the book and movie Midnight in the Garden of Good and Evil. 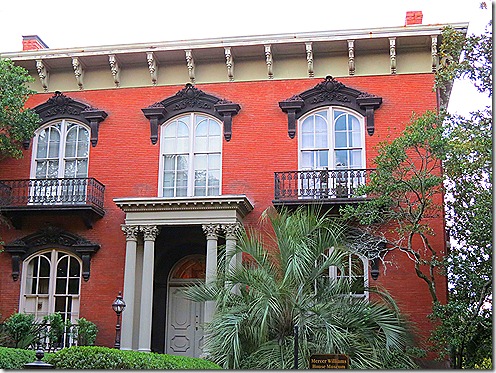 It was a good day, and we had a wonderful time adding new memories to our memory banks.

Today will probably be our last day in this area, and Tuesday we plan to drive about four hours to Saint Augustine, Florida. if the predicted winds are not too bad. If they are, we’ll hang out another day. Did I mention how much I am enjoying this new slower paced schedule?

In fact, I’ve had so much extra time that, for all of you who have been asking, here’s a new Bad Nick Blog titled We’re All Whores. Check it out and leave a comment.

Thought For The Day – Of course I talk to myself. Sometimes I need an expert opinion.

4 Responses to “Sunday In Savannah”