The Lee family has lived in and been a part of Virginia history since long before America became an independent nation. The first of the long line of Lees to help shape the region was Thomas Lee, who at just 21 years of age was appointed agent for the Proprietary of the Northern Neck, making him one of the most powerful men in Virginia. By age 27 he had purchased a 1,443 acre tract of land strategically located on what was known as “the Clifts,” a series of bluffs overlooking the broad Potomac River.

It was here that he built the grand Stratford Hall, which would be home to members of the Lee family for generations. Thomas Lee and succeeding generations expanded their land holdings, and Stratford became one of the largest and most successful plantations on the Potomac. And it would be here that scholar and soldier Robert E. Lee would be born on January 19, 1807. 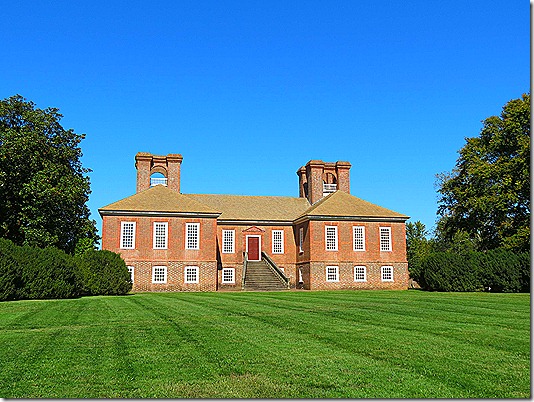 At the top of his class at West Point, Lee never received a demerit during his four years as a cadet, and went on to have a distinguished military career. So distinguished, in fact, that President Abraham Lincoln offered him command of the Union Army on the eve of the Civil War. Though he believed slavery was evil, and he was totally opposed to secession, Lee could not relinquish his strong ties to Virginia and the south. He reluctantly declined Lincoln’s offer and resigned his commission to instead become the South’s greatest general and to command her army in the long and terrible war.

Today the Lee family home, Stratford Hall, and 1,900 acres of the old plantation have been preserved and are open to the public. It is an interesting opportunity to learn more about the Lee family and life on a southern plantation.

The first stop is the Visitor Center, which has displays on the Lee family and the history of Stratford. Then a short path leads to a gift shop, and on to the magnificent brick home and outbuildings.

A guide took us on a tour of the house, telling us about the Lee family history, pointing out architectural designs and furnishings, and explaining what life was like on the plantation.

After touring the main house and the nearby kitchen building, we wandered around the plantation, stopping to check out two stone houses where the slaves who worked in the main house lived. Each slave house was divided for two families, and the slaves who lived here enjoyed a higher stature and a better standard of living than those who worked the fields. Other slaves and indentured servants at Stratford were skilled carpenters, millwrights, and blacksmiths. 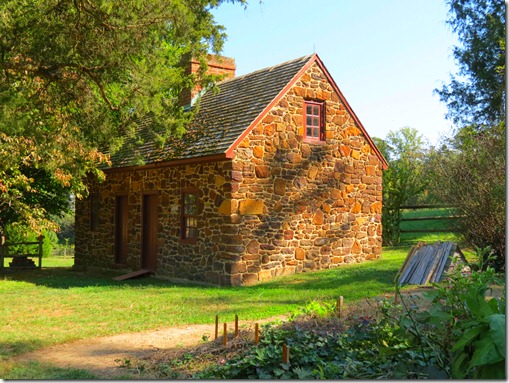 The Lees were horse people, and Stratford was home to a fine line of thoroughbreds. After stopping to check out the coach house and stables, we drove down to the riverbank to see the grist mill and explore the narrow stretch of beach where the Lee’s once had a wharf that served ships that carried the plantation’s cargos of tobacco to England, and returned to Stratford with merchandise and supplies. 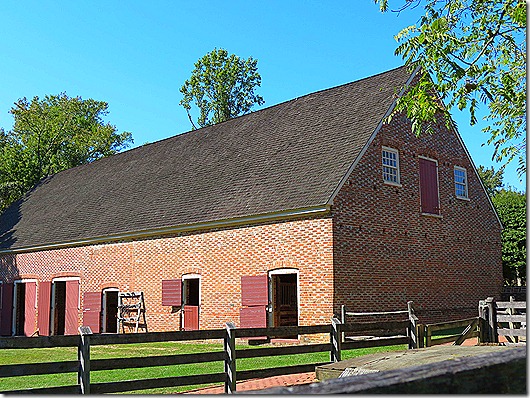 It is common to find petrified shark teeth on the beach, and since it was a windy day and the waves were coming in pretty strongly, we had to spend some time seeing if we could find any. Unfortunately, while we found some interesting items, and what we thought were a couple of “maybes,” we weren’t that lucky. 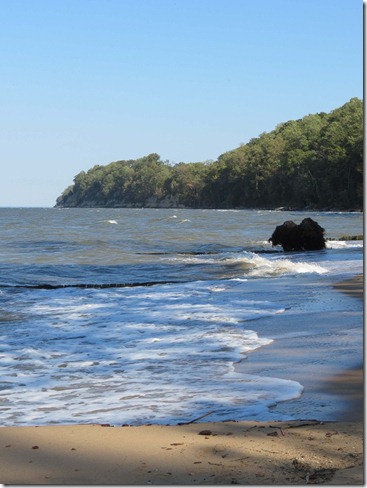 Even so, we enjoyed our visit to Stratford Hall and will have a feature story in an upcoming issue of the Gypsy Journal.

Thought For The Day – The true test of a man’s character is what he does when no one is looking.