Since Halloween is coming, I thought I’d share some photos of spooky places we saw yesterday on a day trip to Beaufort, South Carolina. Founded in 1711, Beaufort experienced Indian attacks, threats of Spanish invasion, occupation by Union troops during the Civil War, hurricanes, fever epidemics, and plenty more that surely would make it seem a good place for ghosts to hang out.

The streets of the small, friendly city located on Port Royal Island in the heart of the Lowcountry, are lined with handsome homes and mansions dating back to the early days. Surrounded by huge live oak trees dripping with Spanish moss, many of the old homes look like something straight out of a horror movie. 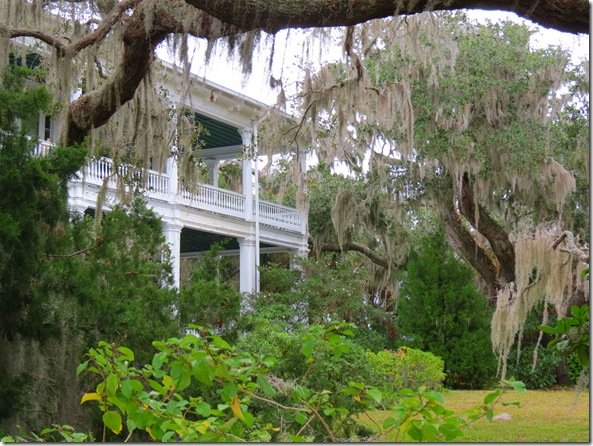 The city’s Visitor Center is housed in the old Beaufort Arsenal, originally built in 1798 and the home of the Beaufort Volunteer Artillery, which had its roots in an earlier company that served valiantly in the Revolutionary War. The unit saw action in the 1861 Battle of Port Royal during the Civil War. I wonder how many “old soldiers” are still on duty here? 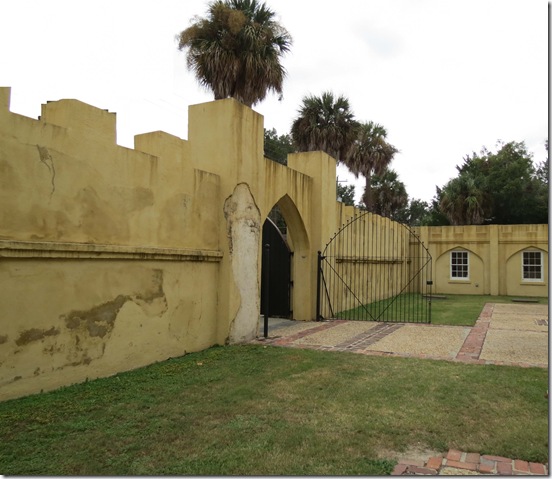 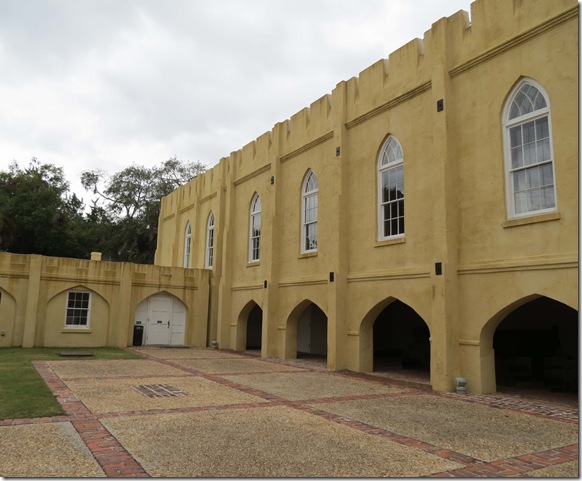 From Beaufort we drove out to Fort Fremont, on nearby Saint Helena Island. Built in 1899, this was one of six fortifications designed to protect the southeastern coast during the Spanish American War. The site covered 170 acres and was manned by a force of 110 men. The fort included a hospital, stables, a mess hall, commissary, a guard55tbv house and barracks, among other buildings. The only things that survive today are the gun emplacements and the brick foundation of the hospital. 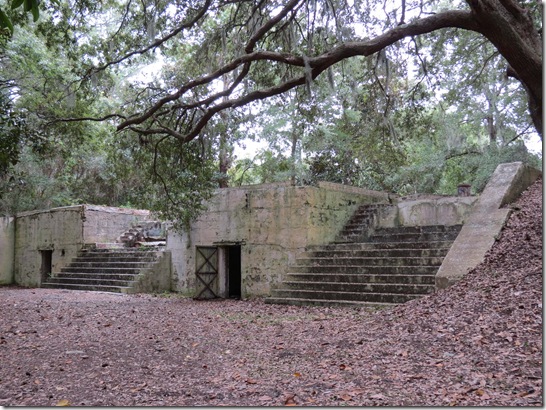 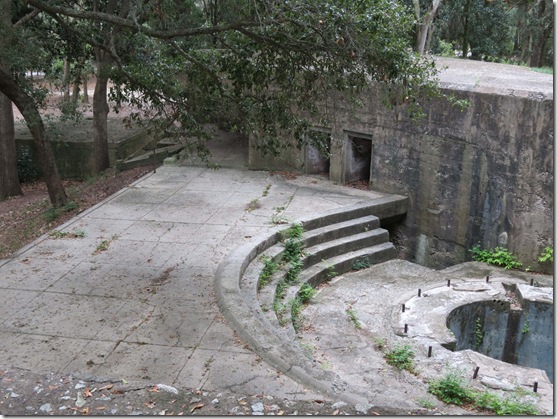 There are many stories associated with the old fort, which was closed in 1921. Many center around the mysterious Land’s End Light, which people have reported seeing even before the fort was erected. Some claim it is a lantern held by a long dead slave who was sold away by a cruel master and returned after death to find his family. Others say the light is carried by a Confederate soldier killed here during the Civil War after deserting during the Battle of Port Royal. There are also stories of at least one gun battle between the fort’s soldiers and local moonshiners. If one is prone to believe ghost stories, this sure looks like the perfect setting for one, doesn’t it? 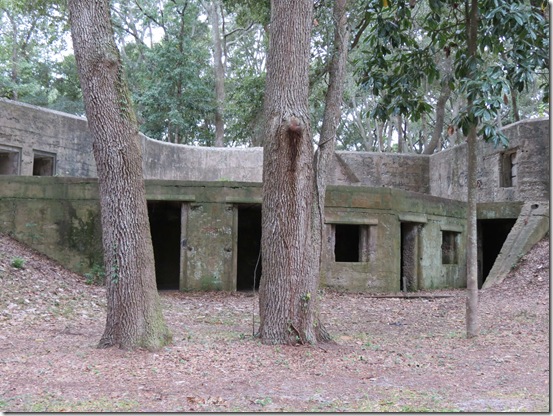 A mile or two down the road from Fort Fremont, we stopped to check out the ruins of the Chapel of Ease, which was built about 1740. There was a small cemetery next to the church, including a crypt that had reportedly been vandalized by Union soldiers during the Civil War. According to local legend, workmen sealed the vault at least twice, only to return the following day to find the bricks removed and neatly stacked beside the mausoleum. 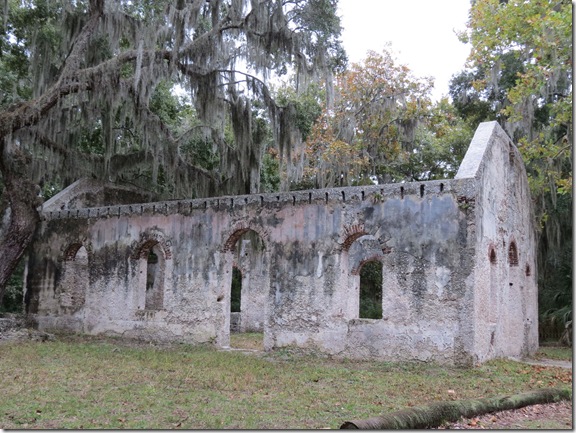 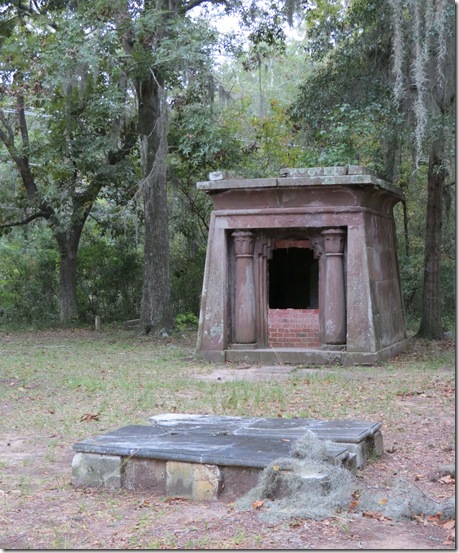 The church burned during a forest fire in 1886, but there are many stories of a ghostly choir that can still be heard, and of the specter of a woman dressed in white carrying an infant through the burial grounds.

Crossing back onto the mainland, we drive about 25 miles to the ruins of yet another spooky old church, the Old Sheldon Church near Yemassee. Originally known as Prince William’s Parish Church, the church was built between 1745 and 1753. In 1779, during the Revolutionary War, the British burned the church. It was rebuilt in 1826, and burned again in 1865 when Union General Sherman came through here on his March to the Sea. 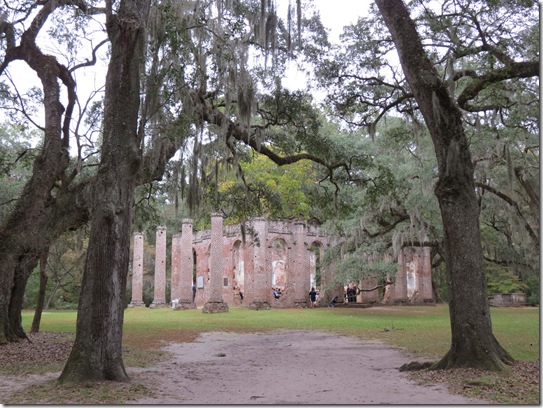 There was a wedding going on at the old ruins, so we didn’t want to intrude, but we managed to take some shots from a distance. Though it was a happy day, there are stories of strange lights and sounds that people have reported at other times. There is also a tale about a woman wearing a simple brown dress standing over a baby’s grave on the church grounds, and some locals claim a feeling of deep sorrow comes over visitors who walk near the child’s tombstone.

So are any of these stories true? Who knows? But if spirits do sometimes haunt old places, don’t you agree that they surely should feel right at home at these places? And even if they don’t exist, now you have some good stories to tell around your Halloween campfire!

Thought For The Day – There are more dangerous humans in the world than there are dangerous animals.