Well, I’ve put it off as long as I can, but our two weeks here at the Hershey Thousand Trails is over, and it was down in the 30s last night, so it’s time to move on.

Today we’re headed for the Harborview Outdoor World Resort in Colonial Beach, Virginia, which is about 200 miles south of here. Usually a trip that long is an easy run, even though we will have to skirt around the west side of Baltimore, Maryland on Interstate 695. But then we have to cross the Potomac River on the very high, very narrow, Governor Harry Nice Bridge. 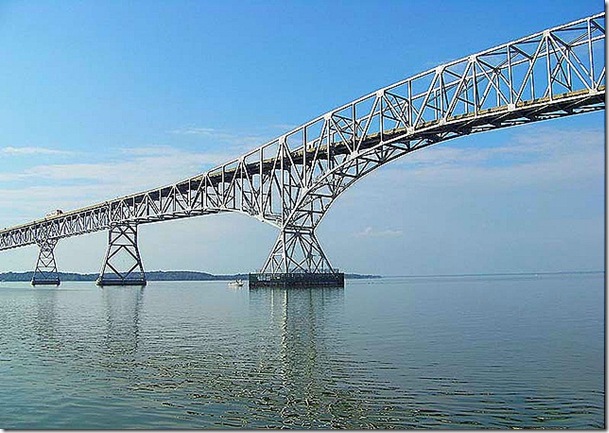 Of all the things I really don’t want to do today, or any day, crossing a high, narrow bridge is just about at the bottom of my list. Yes, I know that zillions of cars, trucks, and RVs cross the darn thing every year. But I’m not in them! Today I will be in one.

Somebody asked me the other day how a guy who could take a gun away from a 28 year old gangbanger just a couple of years ago could be that terrified of crossing a bridge, and all I could say was that it’s my phobia and I can’t explain it. I just have to live with it the best I can. But trust me, given the choice, I’d much rather meet up with that thug again than cross that bridge. Fortunately, Miss Terry can handle it with no problem at all, except for listening to me whine and snivel.

Yesterday we drove into Harrisburg to check out the Midtown Scholar used bookstore. The store is housed in a huge old former move theater, and is a warren of small rooms with little nooks and crannies on three levels. You could get lost and never find your way back out. 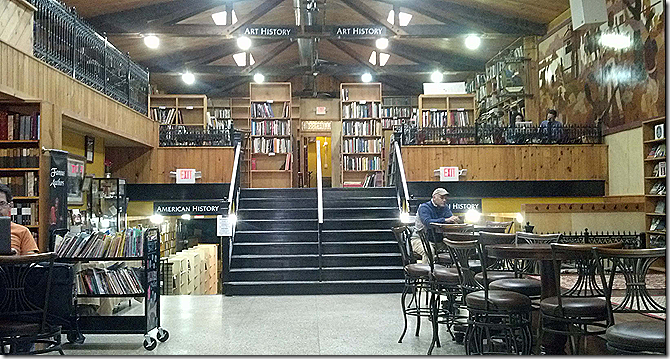 The only problem is that there didn’t seem to be any rhyme nor reason to how they had things arranged. In one wing on the basement level I found books on printing and typography, and in another room there were books on writing, sociology and architecture, topics that don’t have any relevance. And the books were all arranged by title, not by the authors’ names. They have a map of the place in the lobby, but the clerk told me that it wasn’t the least bit accurate. All four of us love books, but we finally gave up in frustration and left because it was too hard to find anything in the disorganized maze. 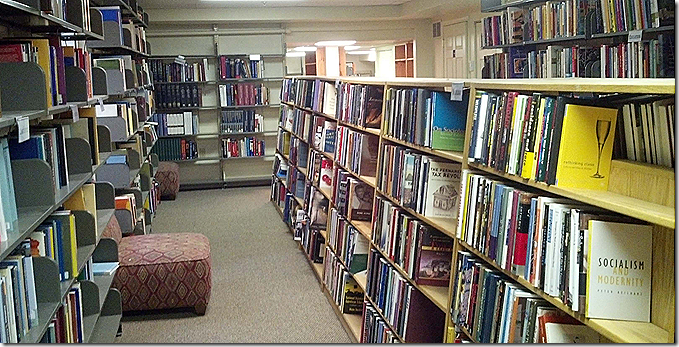 The bookstore is across the street from the Broad Street Market. Founded in 1860, the market is the oldest continuously operated market house in the United States. During the Civil War, farmers at the Broad Street Market helped feed the 300,000 Union soldiers who passed through nearby Camp Curtin. At its peak in the 1920s, the Market had over 725 vendors, many of whom leased outdoor space and waited years for an indoor stall to become available. 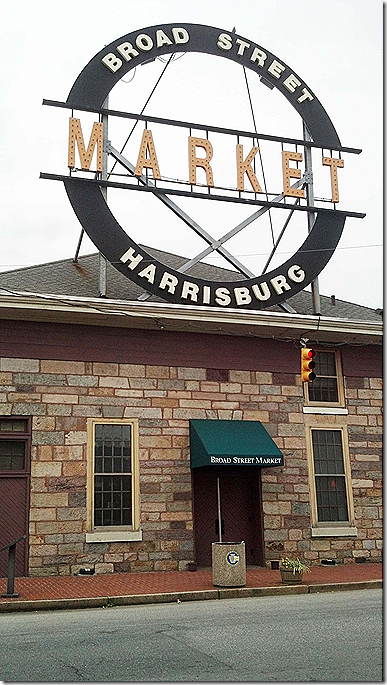 These days over 40 vendors in the Market sell everything from locally-grown organic produce, meats, baked goods, and any kind of food or snack you could ever want. Unfortunately, it was closed, but we have it marked down for a return visit the next time we’re in the area.

We drove around Harrisburg for a while, admiring the architecture of the old buildings, then found a Barnes & Noble and spent an hour or two browsing. After dinner and a stop at WalMart to stock up on supplies, we got back to the campground about 8:30. It was a long day, but we had a lot of fun. At least more fun than I’ll have today crossing that damn bridge.

Thought For The Day – Once you accept your flaws, no one can use them against you.